Did Charles Bluhdorn Sell Paramount Pictures Before The Godfather Was Released? 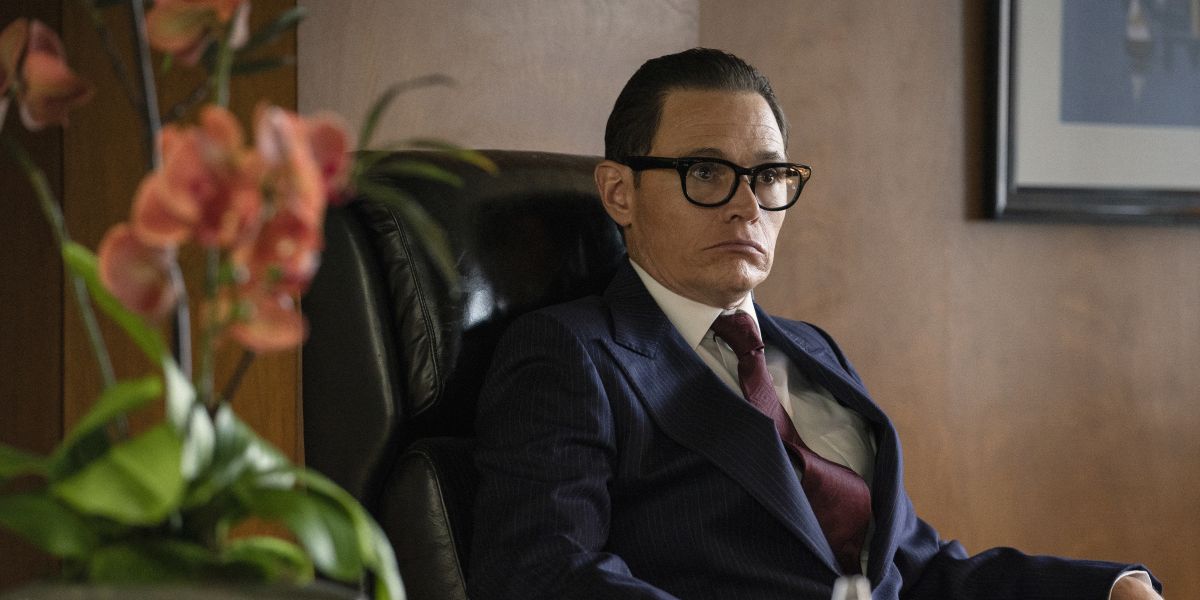 ‘The Offer’ is a dramatized retelling of the tumultuous production of Francis Ford Coppola’s 1972 gangster film ‘The Godfather.‘ The biographical drama series, created by Michael Tolkin, highlights producer Albert S. Ruddy’s efforts to produce the landmark film while juggling several challenges. In the fifth episode of the series titled ‘Kiss the Ring,’ the film is ready to shoot, but Paramount Pictures’ owner Charles Bluhdorn decides to offload the studio from his portfolio. Naturally, viewers must be curious to learn whether Bluhdorn sold Paramount in reality and whether the sale affected the production of ‘The Godfather.’ If you are looking for answers regarding the same, here is everything we have gathered on the matter! SPOILERS AHEAD!

Charles George Bluhdorn (birth name: Karl Georg Blühdorn) was an Austrian-born American industrialist. In 1956, Bludhorn acquired Michigan Bumper, a small auto parts company. The company would later grow into a conglomerate known as Gulf and Western Industries, and Bluhdorn diversified the enterprise’s portfolio by purchasing several businesses. One of these acquisitions was Paramount Pictures, which Gulf and Western Industries purchased in 1966.

The Famous Players Film Company was founded in 1912. The production studio would go on to become a part of the five firms that formed the Paramount Pictures Corporation in 1914 under W. W. Hodkinson. The studio operated under several names over the years and saw success throughout the following decades. However, in the 1960s, the company was cash-strapped and faced an uncertain future. In 1966, Bluhdorn purchased Paramount and ushered the studio into a new era. Bluhdorn appointed Robert Evans as the studio head, and the company yielded strong results at the box office under Evans and Bluhdorn.

In 1968 the studio released ‘The Odd Couple’ and ‘Rosemary’s Baby’ followed by ‘Love Story’ in 1970, which were critically and financially successful films. In 1971, ‘The Godfather’ was gearing up for production when ‘The Offer’ depicts Bluhdorn considering unloading Paramount Pictures from the Gulf and Western Industries portfolio. However, in reality, there are no reports of Bluhdorn considering an outright sale of the studio.

In contrast, Paramount continued scaling globally and partnered with Universal Studios in 1970 to form the Cinema International Corporation, which would internationally distribute the films of both studios. Therefore, it is safe to say that the television show’s depiction of Bluhdorn wanting to sell Paramount Pictures prior to the release of ‘The Godfather’ is a fictional element added by the show’s makers. However, as per news reports, Paramount was struggling financially around the time when ‘The Godfather’ was made, and Bluhdorn did sell some assets to save paramount from heavy losses.

Bluhdorn continued to own Paramount Pictures through Gulf and Western Industries until he died in 1983. In 1972, the studio released ‘The Godfather,’ which proved to be another box office success. Bluhdorn was also involved in the production of the movie’s sequels, and the third installment, ‘The Godfather Part III’ released in 1990, is dedicated to Bluhdorn’s memory. Ultimately, Paramount Pictures remained under Bluhdorn’s Gulf and Western Industries for several years after ‘The Godfather’ was released. Moreover, it remains one of the biggest studios in the world.