Directed by John Madden, ‘Operation Mincemeat’ is a gripping war drama movie. It is based on Ben Macintyre’s eponymous novel and chronicles a daring deception operation by two British intelligence officers during World War II. Lieutenant Commander Ewen Montagu and Flight Lieutenant Charles Cholmondeley devise and execute a brilliant plan to plant fake documents on a corpse disguised as a naval officer and leave it in enemy territory.

The aim is to distract the Germans from the Allies’ plan to invade Sicily by convincing them that Greece is the actual target. Apart from this, ‘Operation Mincemeat’ also depicts a beautiful understanding between Charles and Ewen, that gets threatened when a personal conflict arises. Since the movie is based on a true story, it makes the audience wonder if the two British intelligence officers were good friends in real life as well. Let’s find out more, shall we? SPOILERS AHEAD.

Who Were Ewen Montagu and Charles Cholmondeley?

In late 1942, the Allies planned to invade Sicily to gain control of Italy but were skeptical as Germany had stationed a majority of their troops there as it was an obvious target. To distract them, the Twenty Committee began discussing methods to distract the Germans away from Sicily and manipulate them into believing that Greece was their primary target.  Thus, Flight Lieutenant Charles Cholmondeley suggested a plan based on a suggestion the Trout Memo, a document written in 1939 by Rear Admiral John Godfrey, the Director of Naval Intelligence.

Cholmondeley’s plan involved disguising a corpse as a naval officer and planting fake documents on him, that indicated that the Allies were planning to invade Greece. Afterward, the corpse was to be placed in enemy territory, so that it could be easily discovered. The Twenty Committee was unsure of this plan, but they appointed Lieutenant Commander Ewen Montagu, a Jewish lawyer and naval expert, to aid Cholmondeley in developing it. Soon, both men discussed all the technicalities of the plan and procured the corpse of Glyndwr Michael, a homeless man who had died from consuming poison.

The corpse was given the fake identity of a Royal Marines officer Major William Martin, and an entire backstory was created for him, wherein he had a fiancée named Pam. To authenticate his identity, fake letters, an engagement ring receipt, and a photograph of the fictitious Pam were placed in his pockets, among other things. Moreover, a handwritten letter from Lieutenant General Sir Archibald Nye was created in waterproof ink, which outlined the Allies’ plans of invading Greece, and not Sicily. The documents were kept in a briefcase and it was attached by a chain to the corpse’s uniform belt.

After so much preparation, Major Martin’s body was transported to Scotland in a preservation container and then shipped off to the coast of Huelva, Spain, in the submarine HSS Seraph. Huelva was known for the presence of German intelligence spy Adolf Clauss and thus, seemed like a perfect place to plant the corpse. In July 1943, HSS Seraph dropped the corpse off the coast of Huelva, after which it was discovered by policemen and taken to the Spanish police.

With the help of some loyal British officials, the documents in the corpse’s briefcase were slyly relayed to the Germans. Luckily, Adolf Hitler bought the entire story the British Intelligence had projected and diverted the German troops away from Sicily to Greece. Hence, when the Allied forces invaded Sicily on July 25, 1943, they found lesser resistance from the Germans and were successful in capturing the territory.

In ‘Operation Mincemeat,’ Montagu and Cholmondeley are depicted to have a good friendship while working together, but tensions arise when they both fall for Jean Leslie, an MI5 clerk. When she chooses to be with the former, Cholmondeley gets extremely jealous and starts feeling angry with his colleague. In addition, Montagu’s brother Ivor is suspected of being a Russian spy and Admiral Godfrey is desperate to nab him. Thus, he forces Cholmondeley to spy on Montagu for information, in return for locating and returning his deceased brother Robert’s remains. 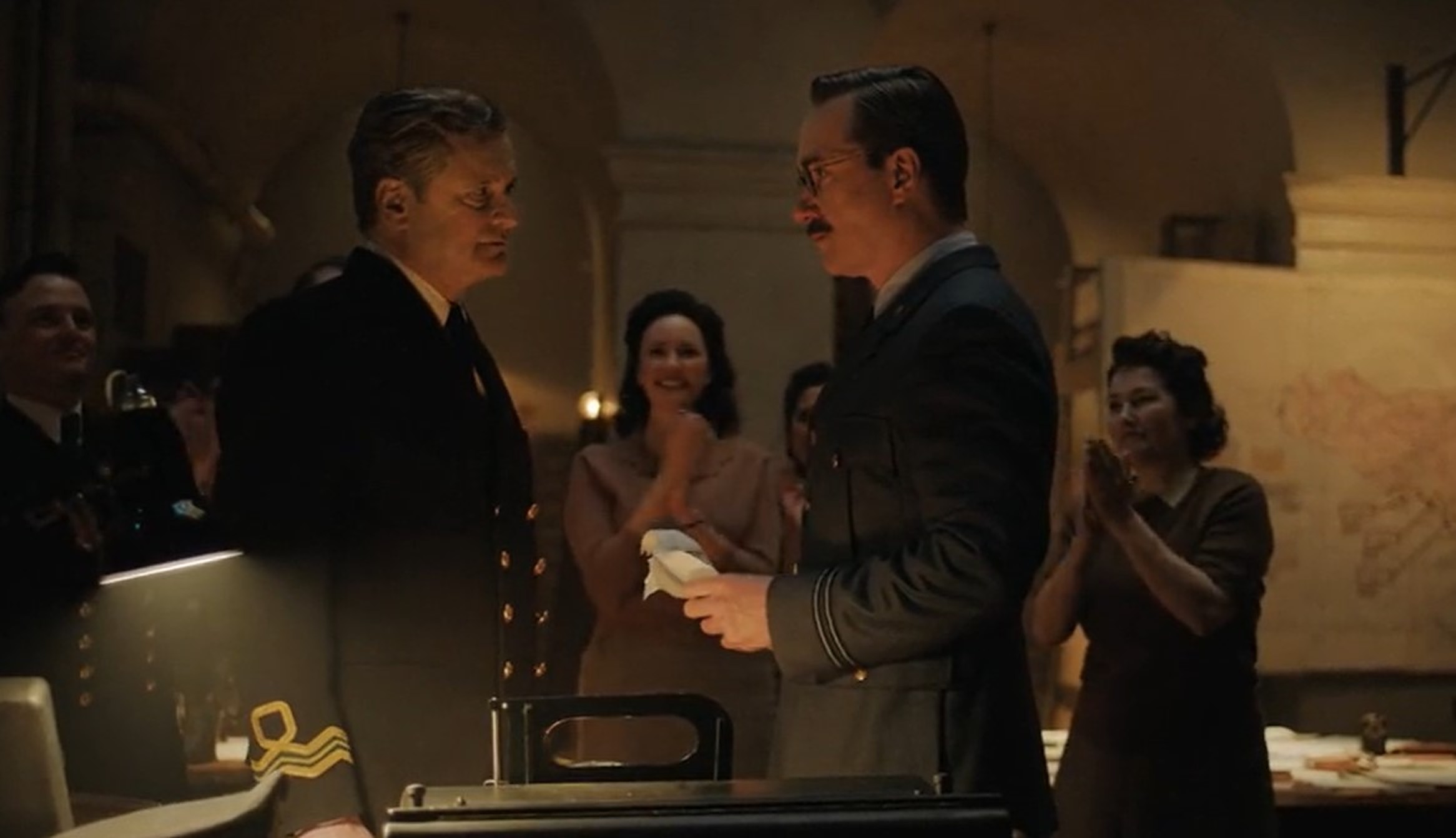 A helpless Cholmondeley starts keeping an eye on Montagu, but they end up having a massive argument when his jealousy about Jean peaks. Cholmondeley accuses his friend of hiding that his brother is a traitor, and this causes a lot of misunderstanding between them. Later, when Operation Mincemeat is a success, Robert’s remains are returned to his brother. When Montagu finds out that this is the reason Cholmondeley questioned him earlier, he forgives him and they reconcile. Not just that, Cholmondeley asks him to attend Robert’s funeral.

In reality, there is a dearth of information about whether Ewen Montagu and Charles Cholmondeley ever forged a friendship while working together or after Operation Mincemeat ended. Montagu and Jean Leslie did have a brief romance as shown in the movie, but Cholmondeley never had any interest in her. However, it is quite likely that both men shared a great rapport and understanding, which is what ensured that their mission succeeded so well. On top of that, their common goal and love for their nation bonded them together in a time of great adversity.

After the war ended, Montagu went to America to be with his wife and kids, while Cholmondeley retired in 1952 and started a farm machinery business. He refused to speak about the mission and his role all his life. Given that their professional partnership was a fruitful one and that Montagu did remain in touch with Jean Leslie for several years, we can only assume that he and Cholmondeley would have also maintained good relations till their deaths.