Where Was Operation Mincemeat Filmed? 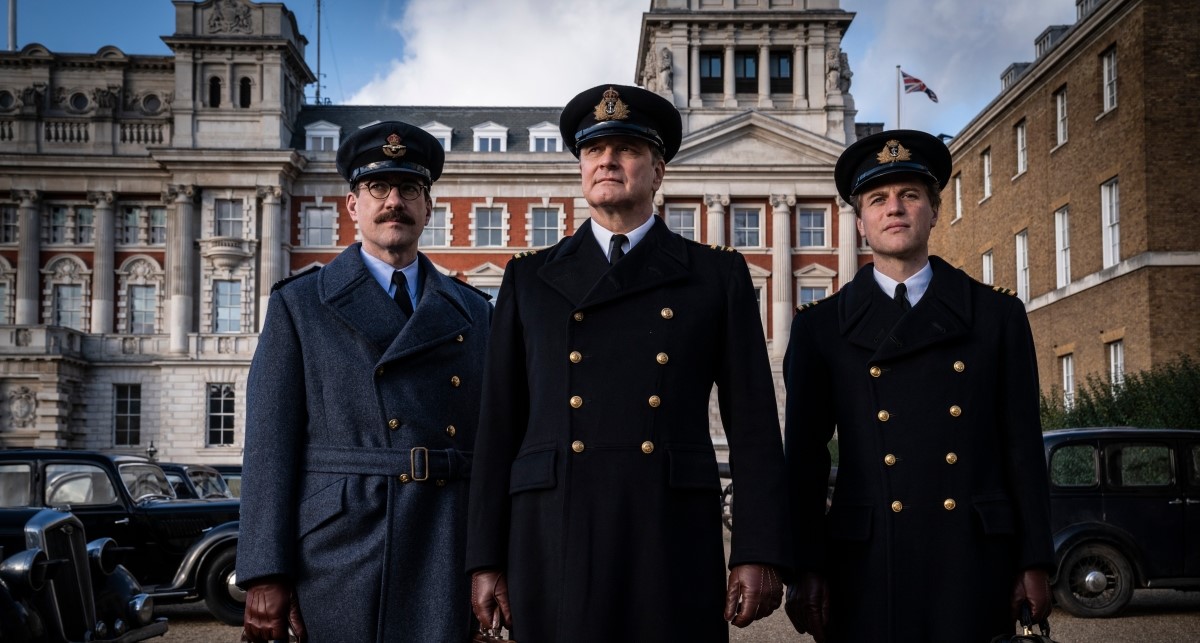 Based on Ben Macintyre’s book of the same name, ‘Operation Mincemeat’ is a British war drama movie directed by John Madden. Set in 1943 during World War II, the narrative revolves around The Allies who take on the responsibility of launching an all-out assault on Sicily to loosen Hitler‘s grip on occupied Europe. However, in the midst of all this, they must protect a massive invasion force from turning into a potential massacre.

Apart from getting a theatrical glimpse of possibly one of the greatest deceptions in history, the viewers enjoyed the stellar performances of the cast members. In addition, the visuals take us back in time and highlight the tension of the Second World War. This has got many of us wondering about the places that serve as filming sites for this war drama. In that case, you might be interested in what we have to share!

‘Operation Mincemeat’ was filmed in several locations in England and Spain, particularly in London, Berkshire, Devon, Kent, and Malaga. The principal photography for the war film reportedly commenced in December 2019 but seemingly got interrupted by the COVID-19 pandemic. Hence, the filming possibly wrapped up in Spring 2021. Now, let’s navigate through all the specific places that feature in the historical drama!

Of all the places that the cast and crew filmed ‘Operation Mincemeat,’ London is where they spent the most amount of time. Several interior and exterior shots were lensed in the area of Westminster in Central London. Queen Elizabeth II Centre on Broad Sanctuary and The Reform Club located at 104 Pall Mall on St. James’s are a couple of sites that serve as backdrops for ‘Operation Mincemeat.’ In addition, a significant amount of exterior shots were recorded on Horse Guards Road, The Mall, and King Charles Street, in Westminster. In fact, the Duke of York Column can be spotted in a few shots. The popular monument is located on St. James’s.

Playing host to the stars, @NTFentonHouse takes a trip back to the 1940s in new film Operation Mincemeat – out in cinemas today.

Discover more of the places in our care that have brought your favourite costume dramas and fantasy worlds to life: https://t.co/pzM9L3rzzi pic.twitter.com/8Gu0e4AYJo

Other than Westminster, the production team also taped several sequences in Greenwich and Fitzroy Square. A few sequences were shot at the Somerset House on Strand and the National Trust – Fenton House and Garden in Hampstead Grove for the war film. The production team taped the HMS Seraph submarine scene at Twickenham Studios (formerly known as Twickenham Film Studios), where they built a partial stage against a green screen. Located on The Barons in St. Margarets, the studio was established in 1913 by Ralph Jupp and consists of three sound-proof stages. Moreover, The brilliant effects and visuals in the movie have been made possible thanks to Union Visual Effects at 18 Rathbone PIace.

For filming purposes, the cast and crew even visited the Historic Dockyard Chatham, a maritime museum at Main Gate Road in Chatham, Kent. The production team used the retired C-class destroyer of the Royal Navy — HMS Cavalier — to shoot the ship scenes for the film. Moreover, the sequences where the Allied forces invade Europe by landing in Sicily were lensed on Saunton Sands beach in Devon. A few scenes were also taped against the backdrop of Shottesbrooke Park in Berkshire.

We're thrilled that upcoming war film Operation Mincemeat is filming at Saunton Sands Beach for the next few days!

300 extras have been called in for filming on the beach, are you lucky enough to be one of them, or know someone who is?

The production team of the period war film even traveled all the way to the municipality of Málaga in Spain. Apart from filming a few sequences in and around the municipality, the cast and crew mainly set up camp in the Ayuntamiento de Málaga (Málaga City Hall). The Hall is situated at Avenida de Cervantes 4, near the Alcazaba de Málaga. Over the years, the picturesque municipality has featured in several filming projects, such as ‘The Girl with the Dragon Tattoo,’ ‘Warrior Nun,’ and ‘Red Notice.’