Did Marco Accetti Kidnap Emanuela Orlandi and Mirella Gregori? Where is He Now? 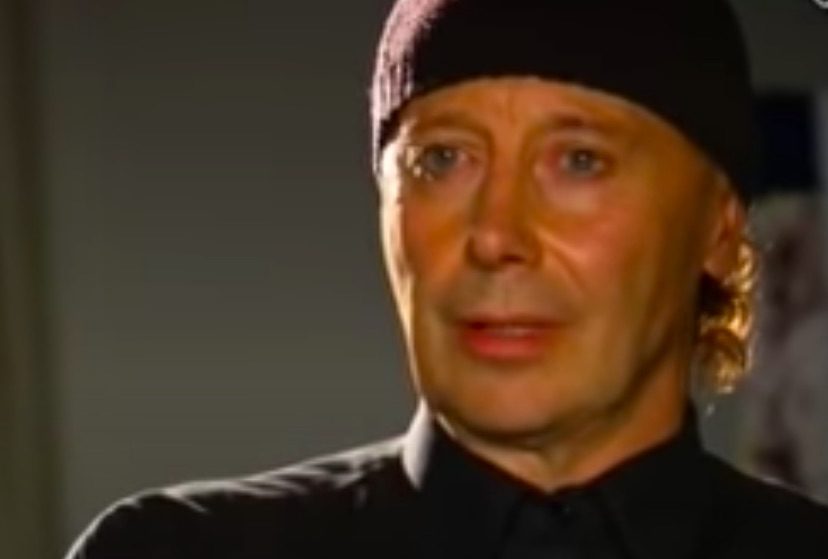 Netflix’s ‘Vatican Girl: The Disappearance of Emanuela Orlandi’ follows the case of the 15-year-old girl and its complex ties with the Vatican. There are many factors in the story that make it a complicated case to crack, especially with the involvement of the Vatican, which remained fully uncooperative throughout the investigation. This, coupled with the fact that no matter what direction the investigation took it always came back to the Vatican, created a tangled mess, one that remains so even now.

Over the years, anonymous tips and leaked documents have helped shed light on certain aspects of the case, but none have been as shocking as the confession of Marco Accetti. Did he really have something to do with Orlandi’s disappearance? Where is he now? Here’s what we know.

Emanuela Orlandi went missing in 1983, but it wasn’t until 2013 that Marco Accetti came forward to claim his guilt in the matter. He presented himself to journalist Fiore de Rienzo of the program ‘Chi L’ha Visto,’ with Orlandi’s missing flute as proof of his claims. In addition to this, he also claimed involvement in the disappearance of Mirella Gregori, who went missing around a month and a half before Orlandi. Accetti claimed that both cases were linked and that everything happened in connection to the Vatican.

Accetti said that he belonged to a clandestine group that was protected by the Vatican, and some of its members were priests. Following the attack on Pope John Paul II by Mehmet Ali Agca, and his confession that he was trained by the KGB, a drastic measure was needed to silence Agca and restore the balance that could help bring back the Soviet state into the Church. While he has professed to know the names of people who orchestrated the entire thing from higher up, he refrained from naming any of them.

Despite all of these theories, Accetti has not brought forward incontrovertible proof to suggest that he was the one who kidnapped Orlandi. The flute that he brought in didn’t have enough DNA to confirm that it was Orlandi’s, even though her family agreed that it looked like hers. Accetti also claimed to be The American, the man who called the Orlandi family and told them the demands of the kidnappers. A forensic analysis of The American and Accetti’s voice revealed that he wasn’t the one who called the family.

In the documentary, the forensic experts revealed that the samples of the caller who corresponded with the family’s lawyers are closer to Accetti’s voice. Still, it is not good enough to prove, without a doubt, that Accetti is who he claims to be. Another twist from his side arrived with the claim that another girl’s disappearance is connected to the case. 17-year-old Katy Skerl was killed in January 1984 in Grottaferrata. She was strangled and had broken ribs.

In 2015, Accetti said Skerl too was killed by the faction that was responsible for the disappearance of Orlandi and Gregori. He even asked for Skerl’s grave to be exhumed, saying her killers had stolen her coffin because there was something there that could link her to Orlandi. Eventually, Skerl’s grave was dug up. The coffin really was missing. All this makes one wonder if Accetti really was involved in the crimes related to the three girls. Most investigators connected to the Orlandi case believe that Accetti is simply doing all this for attention.

While Accetti seems to know a lot of things about the case, it is only enough for him to fabricate a story of his own. When asked about the deeper details regarding the case, the things that were never made public, he becomes clueless. If Accetti really was behind Orlandi’s disappearance, then he could have easily proved it beyond doubt by now. As for other cases, he seems to have shocking information about them too, but then again, he never comes forward with enough evidence, something that cannot be disputed by others.

Where is Marco Accetti Now?

Marco Fassoni Accetti lives in Rome and is a professional photographer. Not much is known about his personal life because despite being in the limelight for his controversial confessions, he has kept the details of his private life away from media scrutiny. His insistence on taking responsibility for the two disappearances might make one wonder why, if he is innocent, he would want to be known as a criminal. However, a quick look into his past suggests that he is no stranger to being accused of the disappearance of young people.

In 1983, Accetti was arrested for a hit-and-run case that claimed the life of a young boy named Josè Garramon. He was found guilty of manslaughter and wrongful death and served one year in prison, followed by house arrest. In 1995, 12-year-old Bruno Romano went missing and based on a witness report, Accetti was investigated for being the man who was seen taking pictures of children in the neighborhood. While some claimed that it was him, the accusations were never proven. There is also the case of Alessia Rosati, a 21-year-old girl who disappeared from her home in Montesacro in 1994.

Alessia left a message for her family, claiming that she was away traveling, but it was too suspicious to believe that she was the one who wrote it. Reportedly, Accetti connected this disappearance with SISDE, the Italian Intelligence Agency. While there is a string of mysterious disappearances in Accetti’s past, which may or may not be connected to him, his more recent altercations with the law have not been of such grave nature, comparatively.

In November 2017, Accetti was arrested for the violation of his house arrest. In 2019, he was accused of offending two young girls at a party. The case was in relation to the use of handcuffs on the girls, which Accetti claimed was a part of the game, considering that they were plastic. The parents, however, thought otherwise.

Read More: Where is Mehmet Ali Agca Now? Is He Still in Jail?