Emanuela Orlandi: Found or Missing? Is She Dead or Alive? 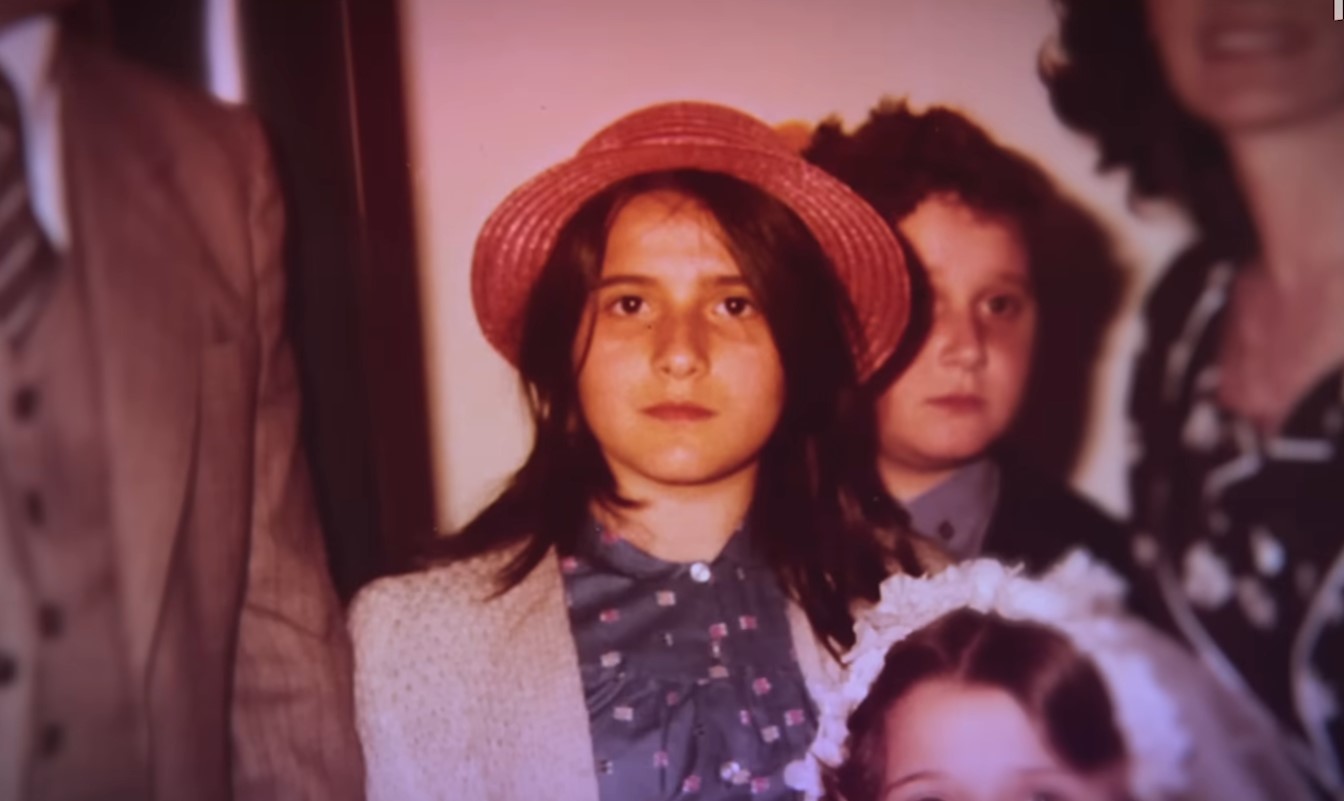 Vatican City experienced one of its most significant tragedies on June 22, 1983, when a teenager named Emanuela Orlandi went missing while returning home from a flute lesson. While the police initially believed that she had run away, they eventually started an investigation, but there was no news of the missing teen. With time, the issue spiraled into an international one.

Soon, theories began emerging, associating it with other incidents, including the assassination attempt on the Pope, a banking scandal, and even a Mafia dispute. While the disappearance and its theories are explored meticulously in Netflix’s ‘Vatican Girl: The Disappearance Of Emanuela Orlandi,’ let’s find out if she has been found, shall we?

What Happened to Emanuela Orlandi?

Emanuela Orlandi was a 15-year-old who lived with her parents and four other siblings in Vatican City. Described as a lively and cheerful girl, Emanuela loved having fun like any regular teenager and was quite popular among her friends. She even shared a deep bond with her family members and was known for having great aspirations for her future. Reports claim that their family was quite well-known in their neighborhood since her father worked as a clerk for the Vatican Ministry. Thus, Emanuela’s disappearance was even more shocking as no one knew why anyone would want to harm her. 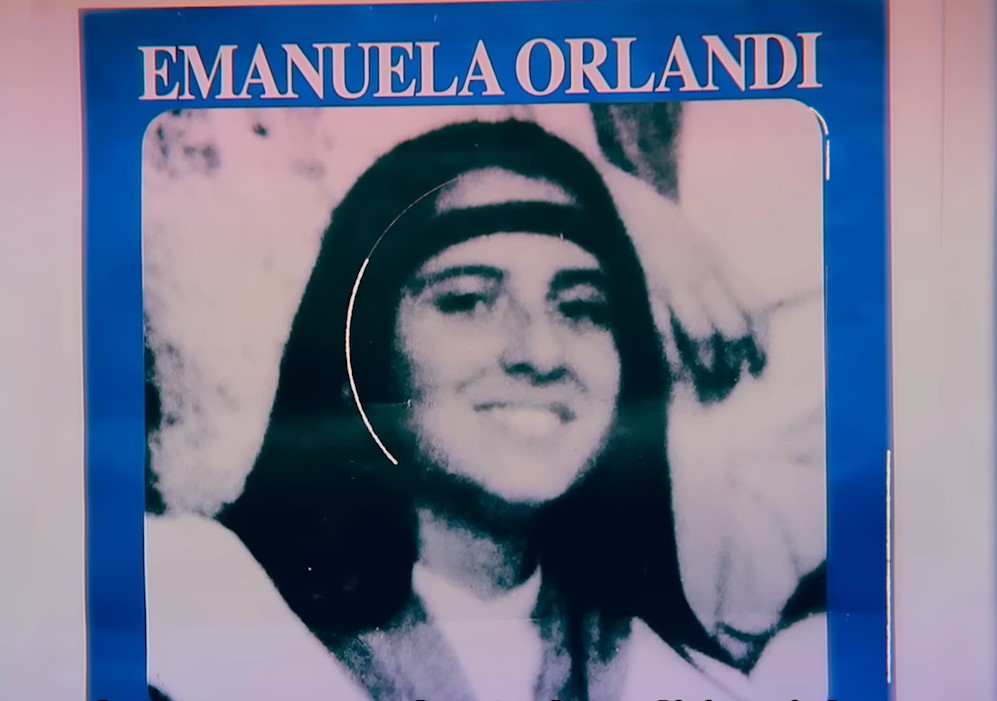 Emanuela was a student at the Tommaso Ludovico Da Victoria School music class. She set out to attend her flute class on June 22, 1983. Her brother, Pietro Orlandi, later shared that his sister had asked him to drop him off at class, but he couldn’t since he had a prior engagement. Thus, Emanuela set off alone, but her family had no idea that they would never get to see the teenager again. It is said that once Emanuela finished her music class, she called her mother to inform her that a man, claiming to be a representative of the company Avon, had approached her with an opportunity to find work in the cosmetics industry.

While the teen seemed excited at the chance, she was asked to return home and discuss it before giving an answer. However, that was the last time Emanuela’s family ever talked with her, as she disappeared soon after and never returned home. Worried and anxious, Emanuela’s family approached the police, but authorities reportedly seemed to believe that she had run away. Still, they registered a missing person case and started an investigation but to no avail. The police combed through the local areas and even put up posters of the missing teen around the area.

The authorities even went door-to-door canvassing for witnesses and interviewed several of Emanuela’s acquaintances. As Emanuela was known to be friendly with everyone she met, there were no immediate suspects that sprang to mind. Unfortunately, with no leads or witnesses, progress on the case was reduced to a crawl, and authorities found themselves back on square one. Once Emanuela’s family put up posters and spread their phone number around, they began receiving numerous calls, most of which turned out to be dead ends.

However, there were two callers who mentioned that they saw a girl named “Barbara” selling cosmetics near the Tommaso Ludovico Da Victoria School. One of the callers even said that “Barbara” was regretful for not attending her school’s concert. It seemed like a viable lead since the 15-year-old did miss a concert shortly after the disappearance. Unfortunately, the tip led nowhere, and Emanuela remained missing.

Is Emanuela Orlandi Found or Missing? Is She Dead or Alive?

Unfortunately, Emanuela Orlandi is missing to this day, making her current status a mystery. However, her brother, Pietro, refuses to give up and is determined to get to the bottom of the matter. Things turned strange once the Pope addressed the issue and mentioned how Emanuela was taken away from her parents. He even stated that he hoped the teenager would be returned to her home, which reportedly made people believe that the Vatican administration knew something about the disappearance.

Over the years, there have been several theories as to why or how Emanuela went missing. One of the theories mentioned that she was kidnapped by the same men who had sent Mehmet Ali Agca to assassinate the Pope in 1981. It was even speculated that the men demanded Mehmet’s release in exchange for Emanuela, although Mehmet himself condemned the incident. Eventually, Mehmet spoke up and claimed he did not belong to a terrorist group but was instead trained by the KGB. Since Emanuela’s alleged abduction did not seem to involve the KGB, this theory was ruled out.

Emanuela’s family even received a phone call from a person who claimed to be an American and alleged that he had planned the teenager’s abduction in order to free Mehmet. The man, who was later identified as Marco Accetti, made Emanuela’s family listen to the teen’s voice. Marco even insisted that he had kidnapped Mirella Gregori, a girl who went missing about 46 days prior to Emanuela’s disappearance. However, further investigation found multiple holes in Marco’s account, and the police met another dead end.

Nevertheless, the most significant theories seemed to be the one involving the mafia, as it claimed Emanuela was abducted by the organized crime leader, Enrico De Pedis, who wanted to pressure Vatican banks into paying the money they allegedly owed him. Although Enrico, who was a member of the Banda Della Magliana, breathed his last in 1990, his girlfriend, Sabrina Minardi, claimed that she had spotted Emanuela being held against her will by the mafia.

Sabrina even mentioned that after keeping the teenager captive for about 10 days, Enrico asked her to drop her off at a location, and a man, who looked like a priest, placed the teen inside his car before driving away. Nearly 40 years after the disappearance, one of Emanuela’s friends came forward and claimed that the teen had been a victim of alleged sexual assault at the hands of a Papal ally shortly before going missing.

Here’s where matters get mysterious, as the show mentioned a leaked Vatican dossier, which claimed that the Vatican administration had spent a significant amount of money on Emanuela Orlandi. Moreover, the money was spent in London, which indicated that the teenager was shifted to a convent there. Yet, a note about expenses for her return to Vatican City deepened the mystery. Although Emanuela’s family never believed that she passed away, reports claimed that after being elected in 2013, Pope Francis mentioned, “Emanuela is in heaven,” as per Emanuela’s brother, Pietro.

While this made people suspect the Vatican administration, a letter, from an anonymous source, in 2019 insisted that the teenager was buried under the sculpture of an angel with downward pointing arms. Such a grave was located, and the police even found bone fragments inside, but they did not match the missing teen. Since then, the Vatican administration has maintained silence on the issue, although Pietro, as well as the public, believe that they know much more than they let on. Pietro is also unwilling to stop and is determined to find out what happened to his sister.

Read More: Mirella Gregori: Found or Missing? Is She Dead or Alive?