Did the Massacre at Chalk River Really Happen as Shown in The English? 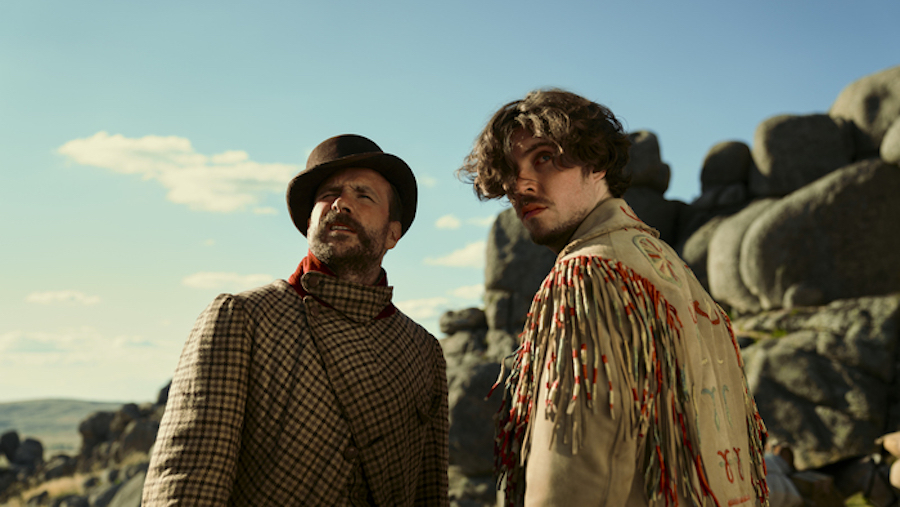 Prime Video’s ‘The English’ is set in the late nineteenth century when an Englishwoman named Cornelia Locke teams up with a Native American man, Eli Whipp. Because their lives are a world apart from each other, it is a surprise to discover that their stories overlap in the most unexpected of manners. Similarly, over the course of the show, we meet many characters and watch them meet their tragic, or in some cases, deserved fates. At first, all of them seem to be very distant from each other, with fragile plotlines connecting them. Eventually, however, all of their stories are revealed to have diverged from the same point. The massacre at Chalk River happens to be the center of the entire conflict. If you are wondering whether this abominable thing actually happened in real life, then here’s what you should know about it. SPOILERS AHEAD

Did the Massacre at Chalk River Really Happen?

In a flashback, ‘The English’ reveals that a group of soldiers, who were looking for a Native American accused of killing the brother of one of the soldiers, ended up massacring a village of Cheyenne people. Cornelia’s fiancé Thomas Trafford had only recently arrived in America and was accompanied by David Melmont, who not only gives the location of the village to the soldiers but also partakes in the bloodbath. As he returns from the site, covered in blood and baring his teeth like an animal, the true extent of his nature is revealed.

As spine-chilling as the entire thing is, the Chalk River Massacre as shown in ‘The English’ did not happen in real life. In fact, Chalk River is not an actual place, and the events and the characters surrounding it are also fictional in nature. The only marker which has roots in real-life is the Powder River in Wyoming. The rest of the locations like Hoxem and Caine County are made up to serve the plot of the show.

Even though it is not an exact event to have happened in history, the Chalk River Massacre is supposed to represent the many similar massacres that have happened over the course of American history. The Native Americans have suffered displacement and isolation since the colonization of the country, and mass killings of indigenous people are not unheard of. In 1863, around 350 Shoshone people were killed in the Bear River Massacre. In 1864, more than 230 people of Cheyenne and Arapaho people lost their lives in the Sand Creek Massacre. ‘The English’ takes place in the year 1890, which witnessed another horrific massacre called the Wounded Knee Massacre. Around 300 Lakota people, including women and children, are said to have been killed by the US Army soldiers.

These are only a few incidents to have happened in the long list of things that the Native Americans had to suffer. While being fictional, ‘The English’ makes a point of looking at the Western genre from the point of view of the natives who faced the brunt of persecution over hundreds of years, the effects of which reverberate even now. So, while the Chalk River massacre is not a real event, its fictional nature does nothing to diminish the brutality inflicted on innocent people in real life.

Read More: Is The English’s David Melmont Based on a Real Person?