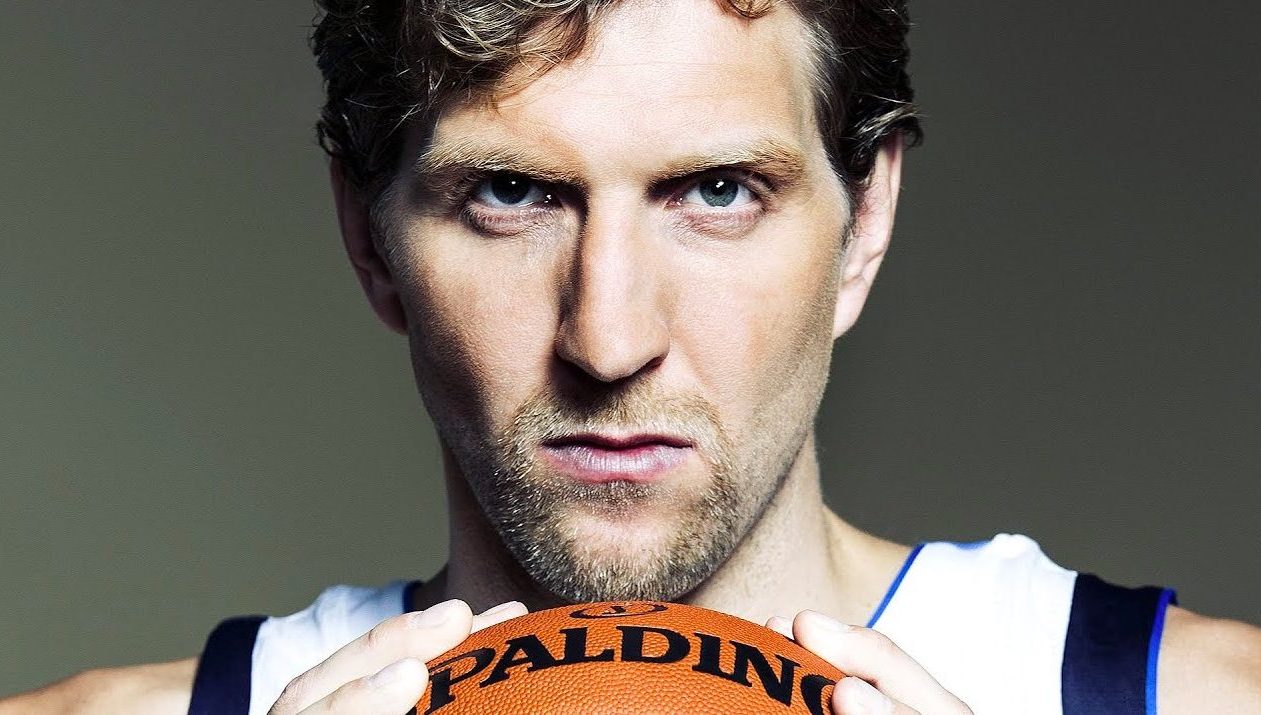 Directed by Jeremiah Zagar, Netflix’s ‘Hustle’ follows the story of Stan Sugerman, who discovers a gem of a basketball player, Bo Cruz, whom he wants to join the Sixers. Bo lives in Spain and a random stranger telling him to leave his family and move to the States isn’t something he immediately agrees to. To show Bo that he is a real talent scout for an NBA team, Stan calls Dirk Nowitzki.

After joking around at first, Nowitzki admits that he knows Stan very well and that Bo should do what he says if he wants a bright future. While this doesn’t make Bo pack his bags instantly, it does provide enough credibility to Stan to initiate a discussion. So, Nowitzki plays a significant part in the film. For the uninitiated, Dirk Nowitzki is an NBA legend, but since his retirement, many must be wondering what has he been up to? Here’s what we know.

Where is Dirk Nowitzki Today?

One of the most loved basketball players in the NBA, Dirk Nowitzki became a part of the Dallas Mavericks in 1998 and stayed with the team till 2019, a total span of 21 years. He set the record for the most seasons played with the same team, leaving behind Kobe Bryant, who stayed with the Lakers for 20 seasons. Having spent his entire career with the Mavericks, it’s not a surprise Nowitzki received an invitation to serve as the special advisor for the team. In 2021, the Mavericks announced he was back with them, and would consult on front-office decisions, like hiring a general manager and head coach.

The Dallas Mavericks announced today that Dirk Nowitzki will serve as a special advisor to the franchise.

Nowitzki will assist with the hiring of both a general manager and head coach and consult on other front office decisions. pic.twitter.com/V7v6fOp5dj

“Mark Cuban approached me about a role as special advisor and I am happy to support my Mavs,” Nowitzki told ESPN. “It is important for me now to join Mark and contribute as much as I can as we move forward.” Apart from this, Nowitzki has been taking it slow and enjoying the pressure-free life out of NBA. He’s been using his retirement to spend more time with his family. “It’s nice that I’m a bit free and can organize my day,” Nowitzki said on a podcast with Toni Kroos.

Nowitzki added, “Sometimes I take a month off and spend time at home supporting my wife, and in the next weeks I’m a bit more active in my role as a consultant with the Mavs.” He also admitted that he’s very comfortable with the part-time role he has with the team. The German former player has also been exploring more things, doing the stuff he didn’t get to do before. Since his retirement, he has let go of his strict diet a little bit and enjoys fast food. “One or two suits don’t fit anymore,” Nowitzki admitted.

Nowitzki further said he’d put on a little weight since the retirement, but that doesn’t bother him so much now. The former pro-basketball player’s biography ‘The Great Nowitzki’ by Thomas Pletzinger (pictured above) was published in 2019. In his honor, his number 41 was retired by the Mavericks on January 5, 2022. The Dallas Mavericks have also planned his statute to be installed outside the arena, the design of which was unveiled by Mark Cuban.

Mark Cuban unveils the model of the statue that the @dallasmavs will build in honor of Dirk Nowitzki!