Do Anne and Wentworth End Up Together at the End of Persuasion? 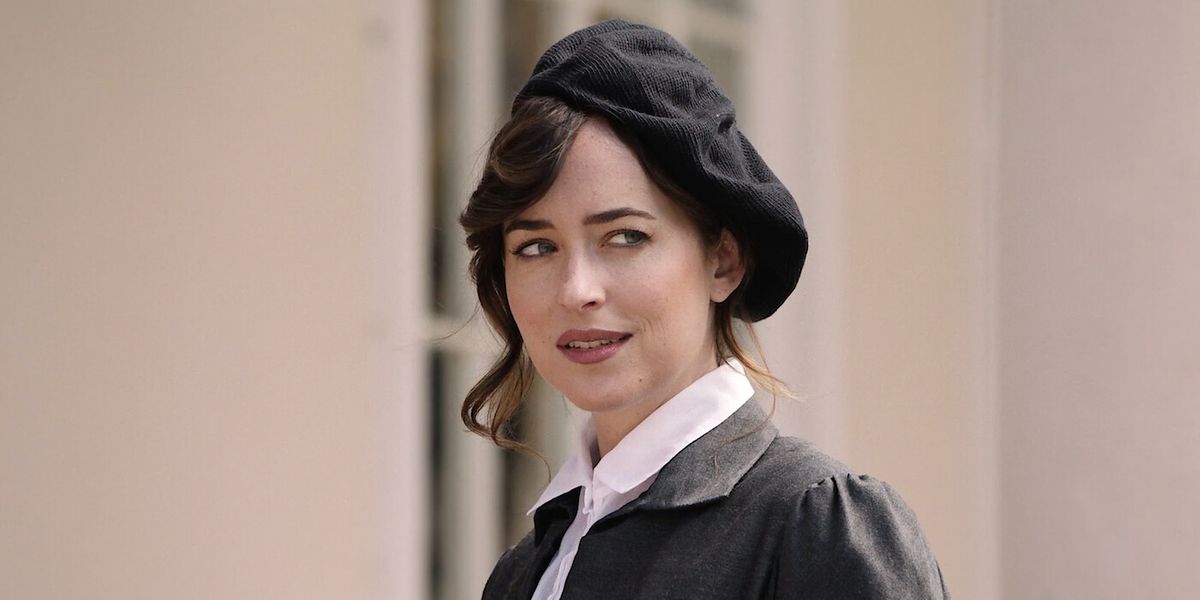 ‘Persuasion,’ directed by Carrie Cracknell, is an adaptation of Jane Austen’s best-selling novel of the same name. The romantic drama follows Anne Elliot as she rekindles her romance with Frederick Wentworth while exploring a potential relationship with other suitors. While Anne and Wentworth yearn for each other, various elements constantly persuade them to reconsider their relationship’s long-term effects. Therefore, as the film draws close to a conclusion, they find themselves further apart. If you are wondering whether Anne and Wentworth end up together in ‘Persuasion,’ here is everything you need to know! SPOILERS AHEAD!

‘Persuasion’ opens roughly seven years after the break up of Anne Elliot (Dakota Johnson), the middle daughter of Sir Walter Elliot (Richard E. Grant). Anne was in love with Frederick Wentworth (Cosmo Jarvis), a young sailor from a lower-class family. On advice from her family and caretaker, Lady Russell (Nikki Amuka-Bird), Anne breaks off her engagement with Wentworth, who ventures to the sea with the Navy. Years pass, and Wentworth establishes himself as a capable Captain in the Navy.

Meanwhile, the Elliots are in debt and forced to rent out their family estate, the Kellynch Hall, to Admiral Croft and his wife. They move to a cheaper home in Bath. Wentworth is the brother of Mrs. Croft and arrives in the town to reunite with his family. On the other hand, Anne meets up with her sister, Mary, and her husband, Charles Musgrove of Uppercross Hall. Anne is loved by her in-laws, and Charles’ sisters, Henrietta and Louisa, adore her.

At a dinner held by the Musgroves for the Crofts, Anne and Wentworth reunite. However, Anne distances herself from her former lover leading to Wentworth bonding with Louisa. Sometime later, Anne meets Wentworth’s Navy friends, Captain Harville and Captain Benwick. Harville reveals to Anne that Benwick is recovering from the death of his fiance and asks her to cheer him up. An accident injures Louisa, and she is forced to remain with the Benwicks to recover.

Eventually, Anne meets her cousin, William Elliot (Henry Golding), who is considered the heir to the Kellynch Hall estate. While Anne dislikes William at first, she warms up to his unconventional charms, and they become friends. William proposes to Anne, and she is torn between her unrequited love for Wentworth and the possibilities of a future with William. On the other hand, Wentworth considers returning to the sea after learning of Anne’s interest in William.

Persuasion Ending: Do Anne and Wentworth End Up Together?

In the film’s final act, Anne considers William’s proposal. She learns that Wentworth is engaged to Louisa and decides to give William a chance. Moreover, marrying William would restore her family’s fortunes and free them from debt. Therefore, Anne seems resigned to giving up a romance with Wentworth to marry William. However, Anne and Wentworth run into each other at a store. Wentworth tries to explain the truth about Louisa’s engagement but is shocked to learn that Anne is now with William. A disheartened Wentworth fills out a form to return to the Navy and leave Anne’s life for good.

Anne is forced to visit Harville’s estate after the Musgroves are invited to an event. At the estate, Anne has a brief and uncomfortable encounter with Wentworth. She learns from Harville that Benwick has finally moved on. During Louisa’s recovery, Benwick looked after her. As a result, they fell in love with each other and are now engaged. However, the conversation leads to Anne speaking openly about a woman’s ability to love. Anne’s words proclaim that she hasn’t moved on from Wentworth. On the other hand, Wentworth quietly sits at a table, filling out his form for the Navy.

Before leaving, Wentworth leaves a letter for Anne. In the letter, Wentworth proclaims his love for Anne. Wentworth reveals that, like Anne, he never forgot about their romance. Wentworth’s words touch Anne’s heart, and she chases after him. On the way, Anne finds William cheating on her with Mrs. Clay. Anne’s feelings for Wentworth are cemented by this point, and she wishes William the best for his future. In the end, Anne and Wentworth reunite and promise to stay together. Ultimately, both are able to put aside the hurt from their past break-up and unite by ignoring the persuasions of those around them. Anne and Wentworth listen to their hearts, and their hearts lead them to each other.