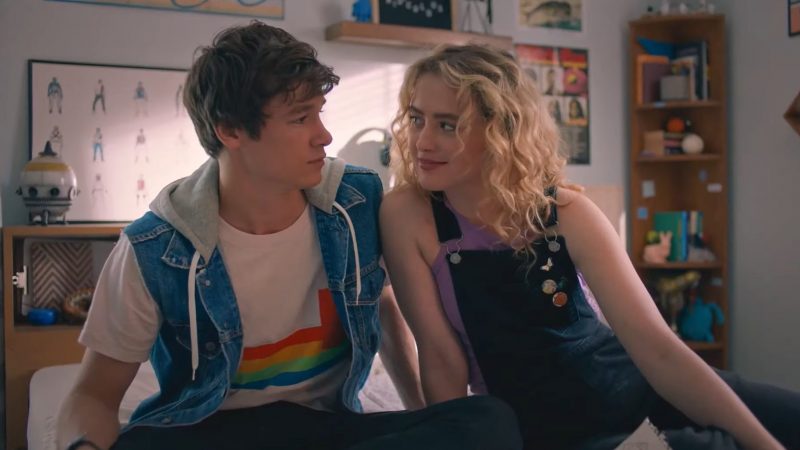 A little love never hurt anyone. In fact, every once in a while, a swoon-worthy love story is necessary to keep one’s faith alive in the fairy-tale endings. While other genres come and go, romance stays. Just like the power of love, there’s something special about romantic films. Whether it is the way they make you feel good, or because it wants you to be in love, whatever be the reason, romantic films have always been and will always be amongst the most well-liked. Another special quality of romantic films is that there is no occasion for watching them. Whatever your mood, I am sure, there are romantic films out there that you can watch.

In its large collection of movies, Amazon Prime houses a lot of romance films. Love may or may not be in the air, but it is definitely there in Amazon’s library! With the emergence of online streaming services, nowadays, people prefer watching movies sitting in the comforts of their home. Netflix, of course, has the lion share of eyeballs, but Amazon Prime is not far behind. So, if you are planning to watch a romantic film with a bunch of your loved ones, you don’t need to go to a theatre. You can just invite him/her to your house and turn on Amazon Prime. This list consists of all kinds of romantic films: from love stories to sad romantic movies; from romantic comedies to heartbreaking films. Again, here’s the list of some really good romance movies on Amazon Prime. 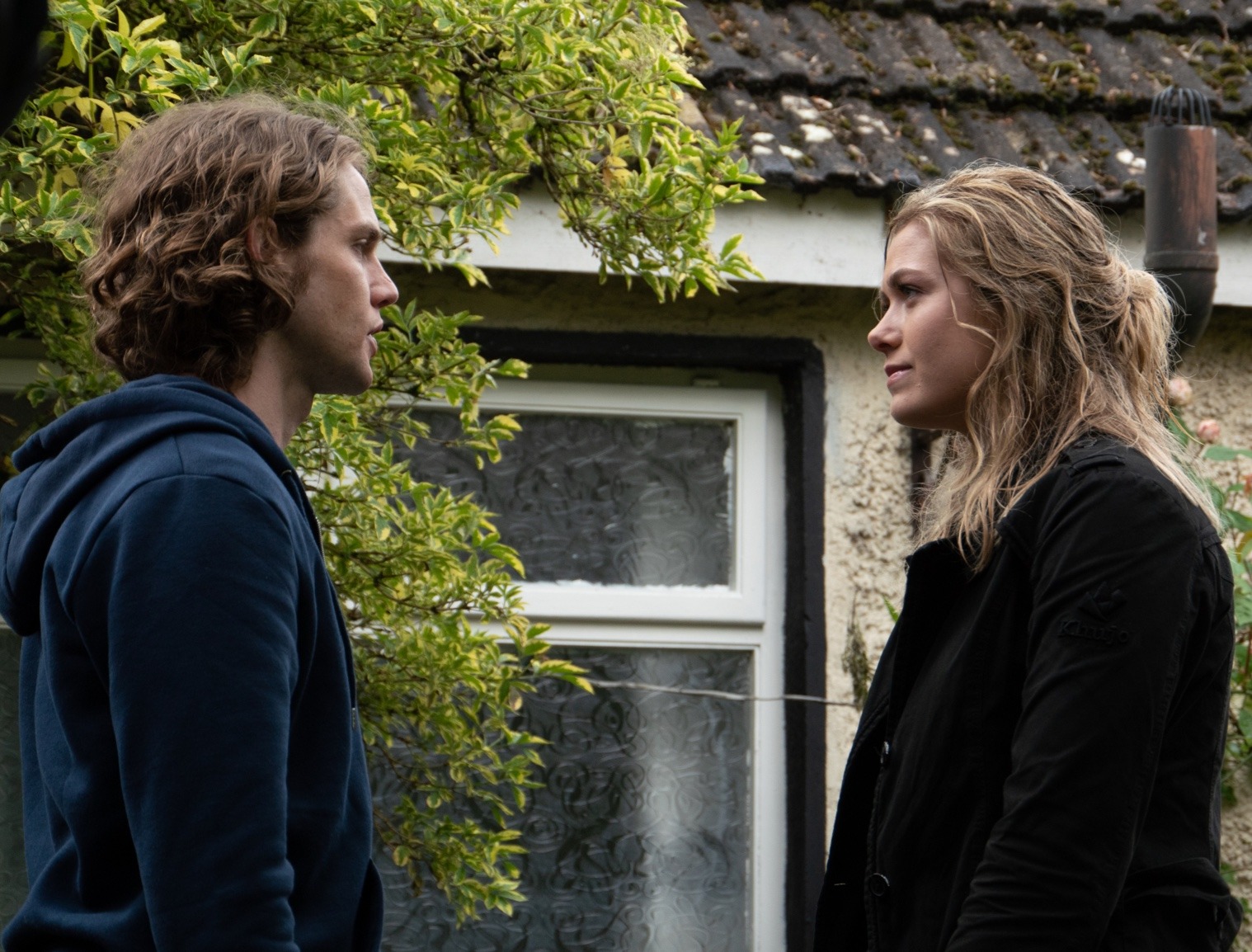 ‘Finding You’ is a romantic comedy movie directed by Brian Baugh that features Rose Reid, Jedidiah Goodacre, and Katherine McNamara. The film revolves around Finley Sinclair, a talented violinist who visits an Irish village at the beginning of her semester studying abroad. There she unexpectedly meets an actor named Beckett Rush, who is visiting the region to film his medieval film franchise. The duo feels an instant connection with one another and begins to share their creative endeavors. The dalliance turns out to be a life-changing affair for Finley, whose perspective on life and other things, in general, undergoes a drastic change. 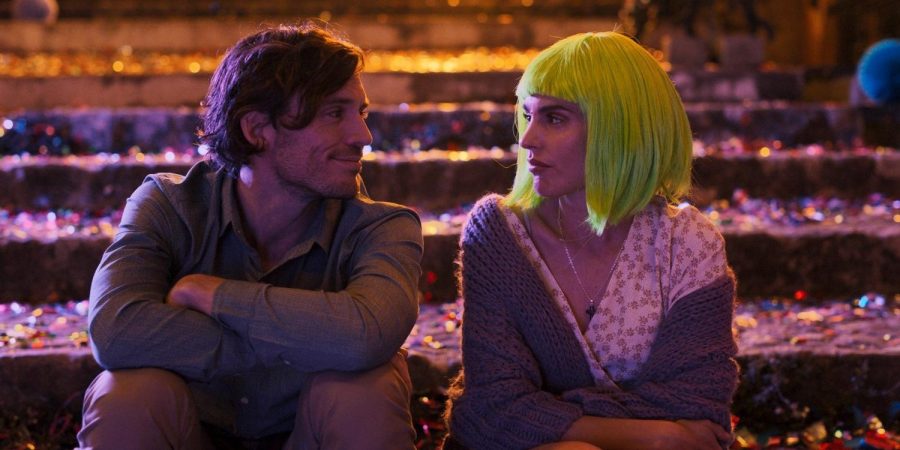 Starring Sam Claflin, Verónica Echegui, Horacio Villalobos, ‘Book of Love’ is a romantic comedy movie directed by Analeine Cal y Mayor. The film follows Henry, an unsuccessful author whose novels have struggled to impress readers. So, when he learns that they have been a huge hit in Mexico for some inexplicable reason, the writer is pleasantly surprised. As his book becomes more popular, he visits the North American country for a promotional trip where he learns the true reason for his novels’ success. It turns out that the Mexican translator had turned his book into steamy erotica by adding her own plotlines. When Henry meets her, the duo can’t help but fall for each other. 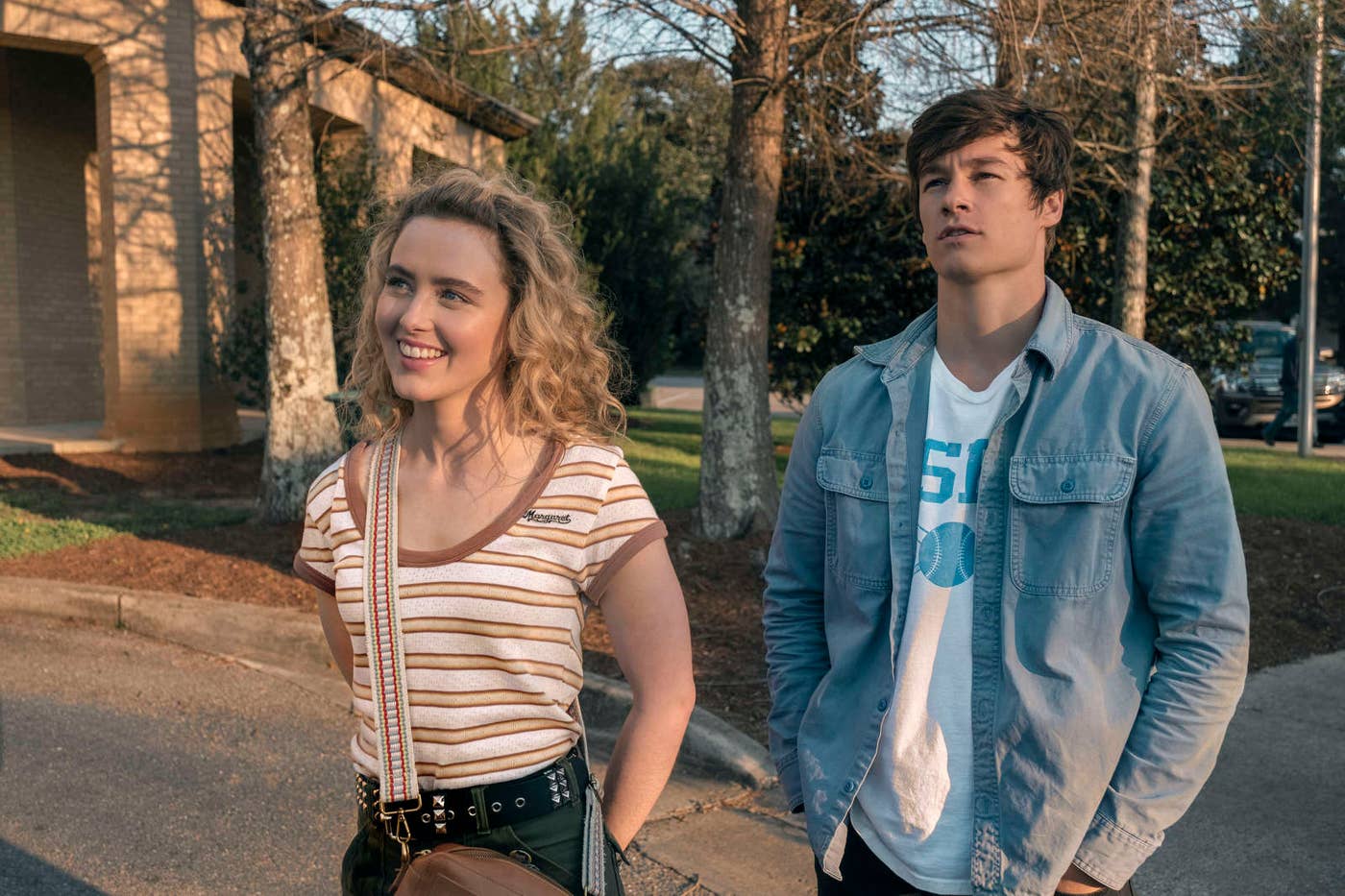 Inspired by Lev Grossman’s short story of the same name, ‘The Map of Tiny Perfect Things’ is a science-fiction romantic film that stars Kathryn Newton and Kyle Allen. The Ian Samuels directorial revolves around a teenager named Mark, who is stuck in a time-loop and is forced to relive the same day over and over again. However, for some strange reason, he is not at all perturbed by his Sisyphean existence and instead uses it as an opportunity to pull some pranks or get a girlfriend. But his life takes an unprecedented turn when he meets a girl stuck in a similar temporal predicament and does not has share Mark’s lack of initiative to change the situation. 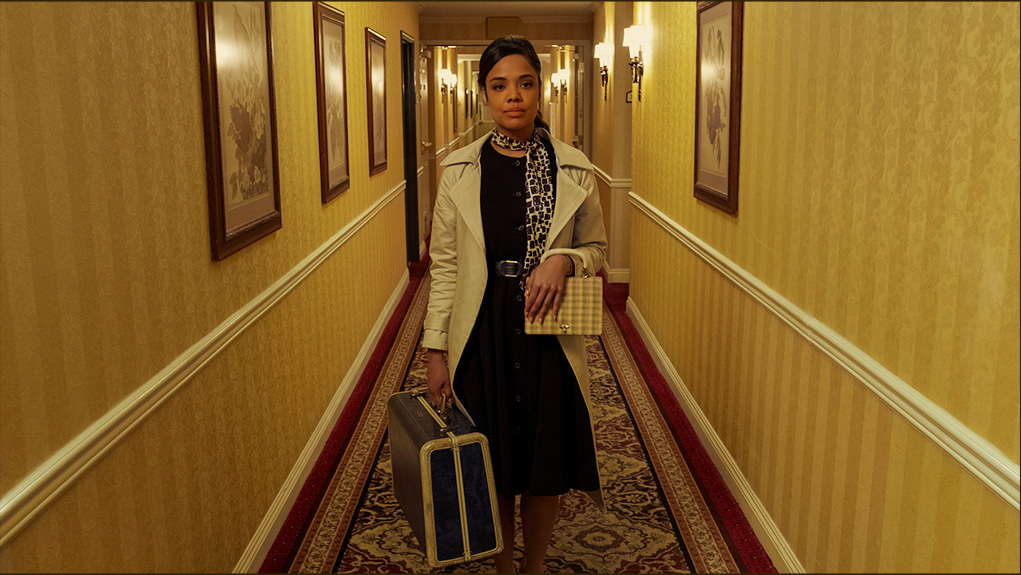 Featuring stand-out performances by Tessa Thompson, Nnamdi Asomugha, and Eva Longoria, ‘Slyvie’s Love’ is a romantic drama film written, directed, and co-produced by Eugene Ashe. The movie follows Sylvie, the daughter of a record store owner who falls in love with a saxophonist. The couple shares a romantic summer together and subsequently part ways unbeknownst to the deep connection they have formed in the process. However, when they meet several years later, the duo realizes that they still have feelings for one another, and their romance has somehow stood the test of time. 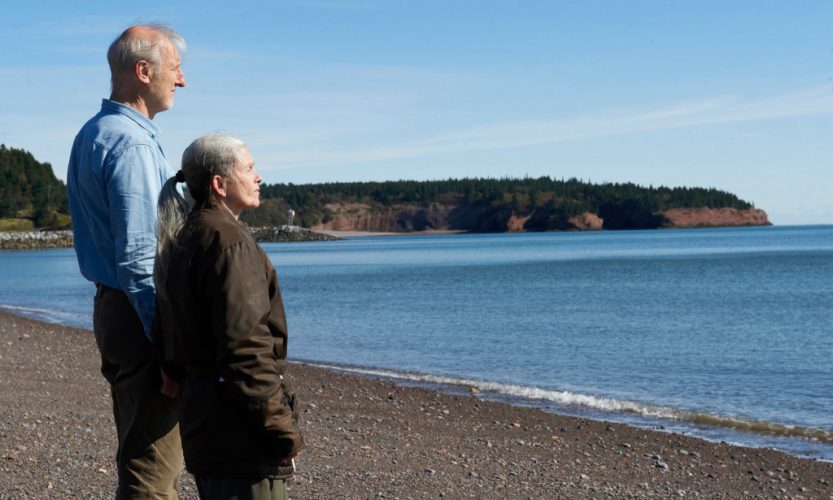 There is a flame in young love that makes it so desirable. But, as one of my favorite authors said, “love needs to be tended to the roots to keep itself alive”. There’s a reason people say “I want to grow old with you”. Maybe, it’s because, in this age, people have been together through thick and thin, their love has passed the test of time and they know that it was for real. ‘Still Mine’ is the tale of one such love. Based on true events, it tells the story of Craig Morrison who is a simple farmer. When his wife suffers from a disease, he decides that their current home is not suitable for her needs and decides to build a new house for her. However, he faces strong opposition from the bureaucrats. 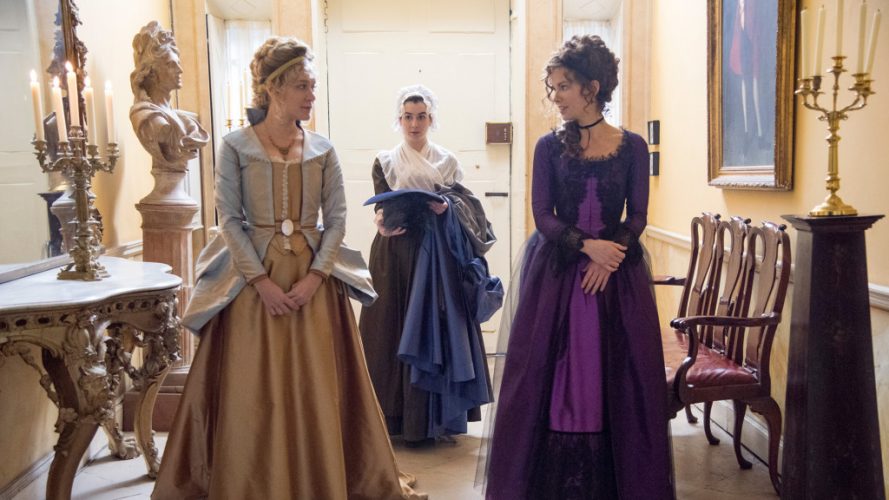 Based on the novel ‘Lady Susan’ by Jane Austen, this film features Kate Beckinsale as the titular Lady Susan Vernon. She arrives at Manwaring with the intention of finding a suitable husband for her young daughter. But, that’s not where his intentions stop. Considerably young herself, and being a widow, she is looking for a man for herself as well, someone who can help her regain her previous status in the society. As she spends time in Churchill at her brother-in-law’s house, young Reginald de Courcey is enchanted by her. Warned by his family to stay away from Lady Susan, he rebuffs them by saying that there is nothing romantic between them. But the schemes of Lady Susan are in constant motion and soon, Reginald finds himself falling for her. 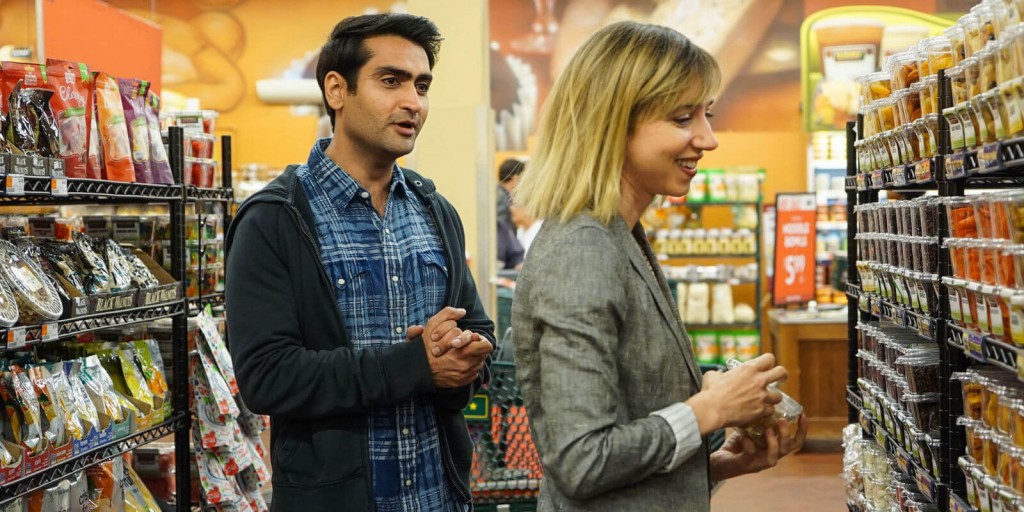 Love knows no bounds, but people do! This is what happened when Kumail first met Emily. Their first interaction made sparks fly between them and soon they found themselves in a relationship. However, when it came to their parents, Emily had told her parents about her relationship with Kumail. But, when she discovers that Kumail hadn’t done the same and that his parents were actually trying to arrange his marriage with someone else, she decided to call it quits with him. But then, she got sick and went into a coma. During this time, Kumail realized how strong his love was for Emily and how he’d have to fight for it if he wanted her back. 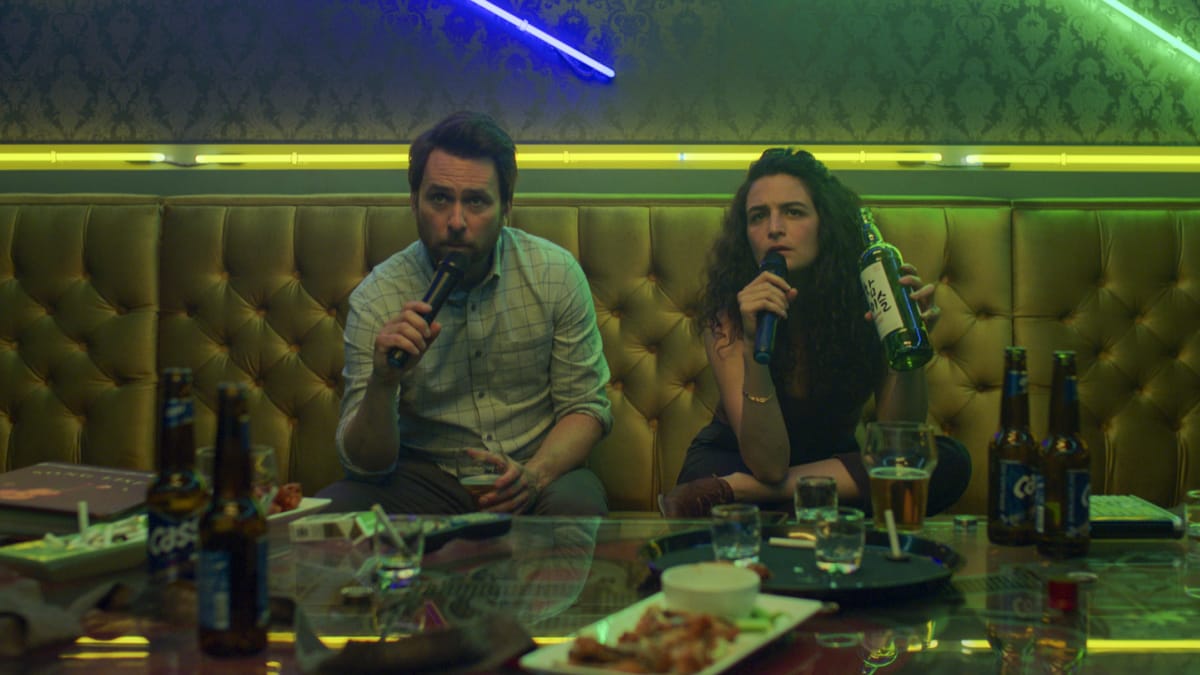 Written by Isaac Aptaker and Elizabeth Berger, ‘I Want You Back’ is a romantic drama movie directed by Jason Orley. The Charlie Day and Jenny Slate-starrer revolve around Peter and Emma, two strangers who could have recently got their hearts broken by their respective lovers. After a tough break-up, when they learn that their ex-partners have easily moved on and are now enjoying their lives, Peter and Emma’s sympathy for one another’s heartbreak evolves into something much bigger. But what direction will their lives head now? Will they choose to embrace the heartbreak and move on? Or is there some other twist to the tale? 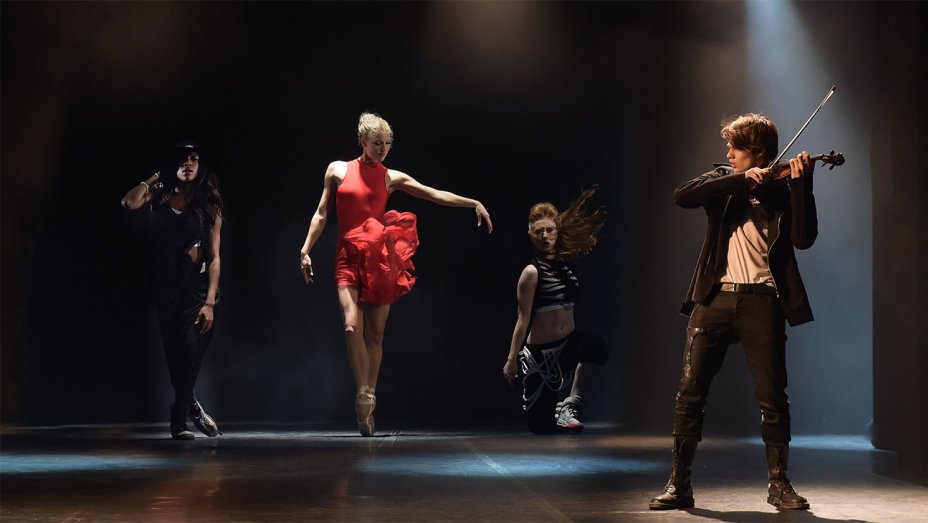 Michael Damian’s 2016 romantic musical ‘High Strung’ is the story of a classical ballet dancer called Ruby who has managed to grab an opportunity to study her discipline at the Manhattan Conservatory of the Arts. One day at a subway station Ruby comes across a violinist called Johnnie. She comes to know that Johnnie’s violin and all the money he had have got stolen. Worried as to how this has happened, Ruby decides to help him. However, Johnnie thinks she is taking pity on his condition and refuses help. Later on, Ruby connects with him once again for performance and this coming together of their creative sides sparks a romantic affection between them. The film is fun to watch, but too many cliches make it a rather run-of-the-mill rom-com. 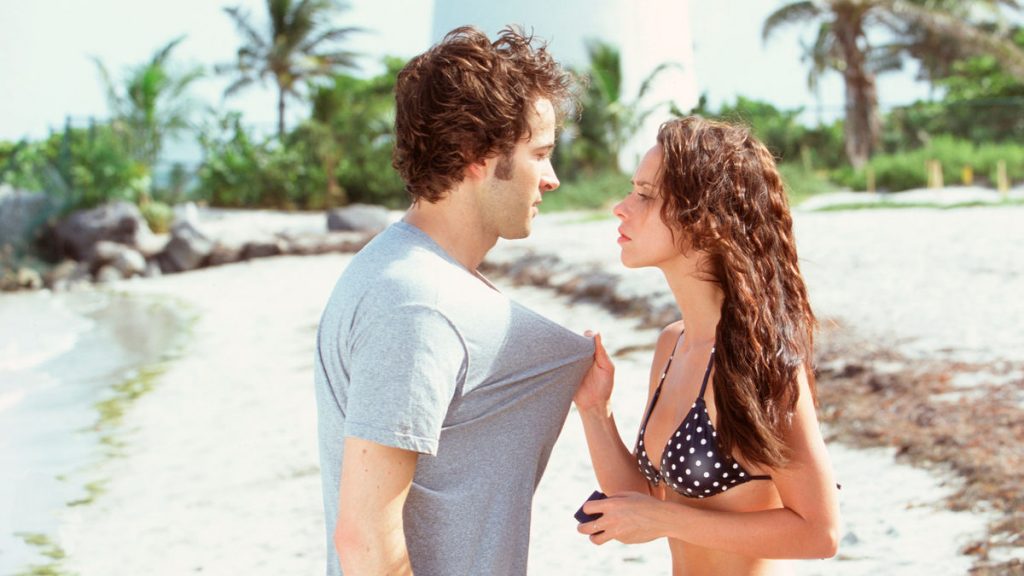 Max and Page are a mother-daughter duo who has devised a rather unique way of becoming rich without much hassle. The two of them look for a rich, single guy whom Max can seduce and then marry. Once the marriage is done, Page tries and gets the man in a comprising position, and immediately then Max walks in on them. After that, collecting the fat divorce settlement is the only thing that the duo has left to do. Their operation goes on quite smoothly until one fine day when Max genuinely falls for the man she had set out to con and her daughter falls for a bartender. Sigourney Weaver and Jennifer Love Hewitt are brilliant as the mother and daughter respectively, and it is their comic timing which proves to be the best aspect of this film. 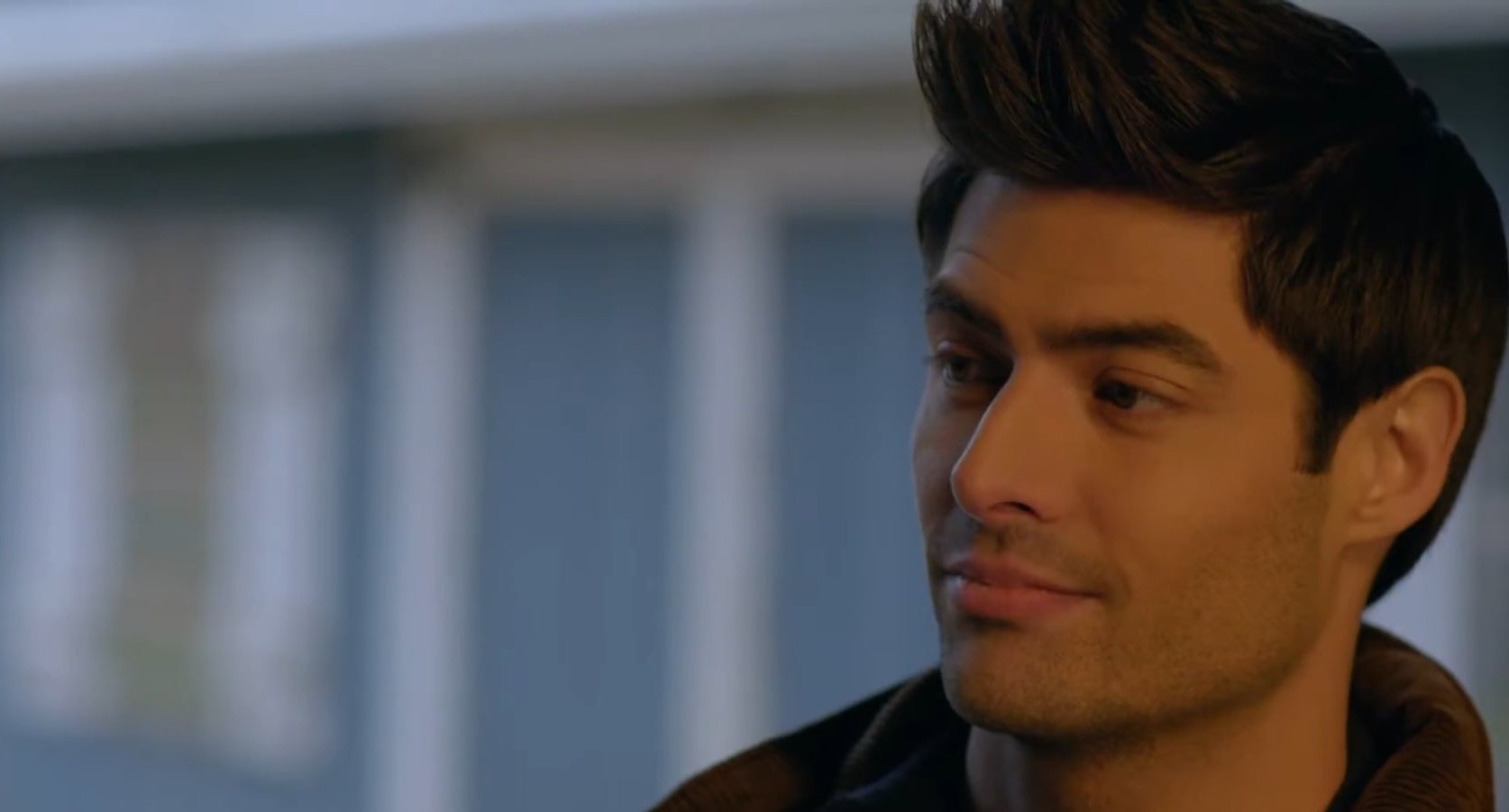 Candice T. Cain’s ‘Joy and Hope’ is a romantic drama film that recounts the heartwarming story of love and overcoming obstacles. It follows Ethan Dulane, a successful novelist struggling with writer’s block and is behind the delivery deadline for the upcoming book. In order to find some inspiration, he goes to a horse ranch upstate, leaving his luxury Manhattan apartment unbeknownst to the surprises that await him there. There he meets someone interesting, and his inquisitive nature finally reveals the subject of his next book. 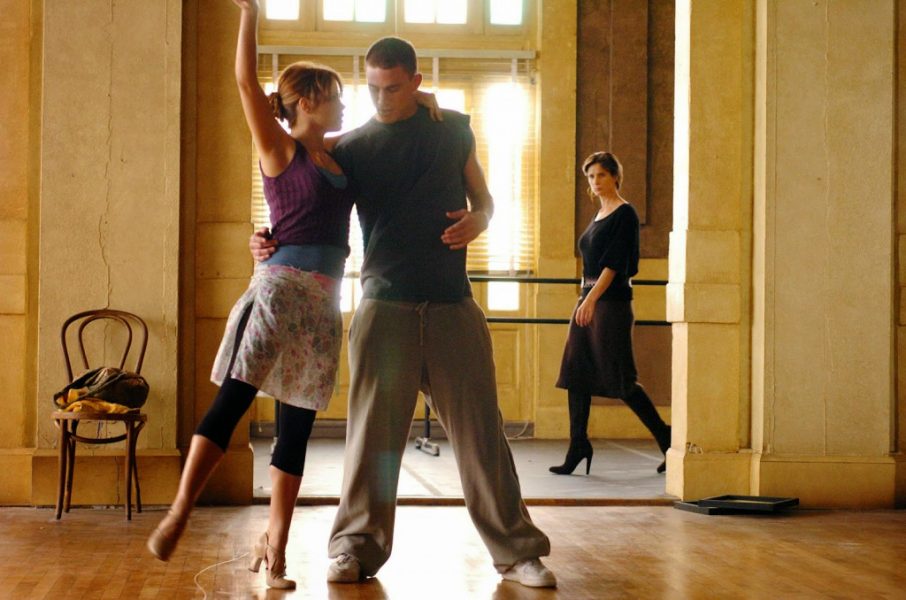 Anne Fletcher’s ‘Step Up’ is a romantic dance drama movie that features talented actors like Channing Tatum, Jenna Dewan, Mario, and Drew Sidora. The story centers upon Tyler Gage, a young adult who is living in the lower-class neighborhood of Baltimore and is eager to move out of the region in hopes of a better tomorrow. However, he ends up doing a community service gig at the Maryland School of the Arts after some trouble with the law and accidentally realizes the true extent of his natural gift as a street dancer.