Do Carson and Greta End Up Together in A League of Their Own? 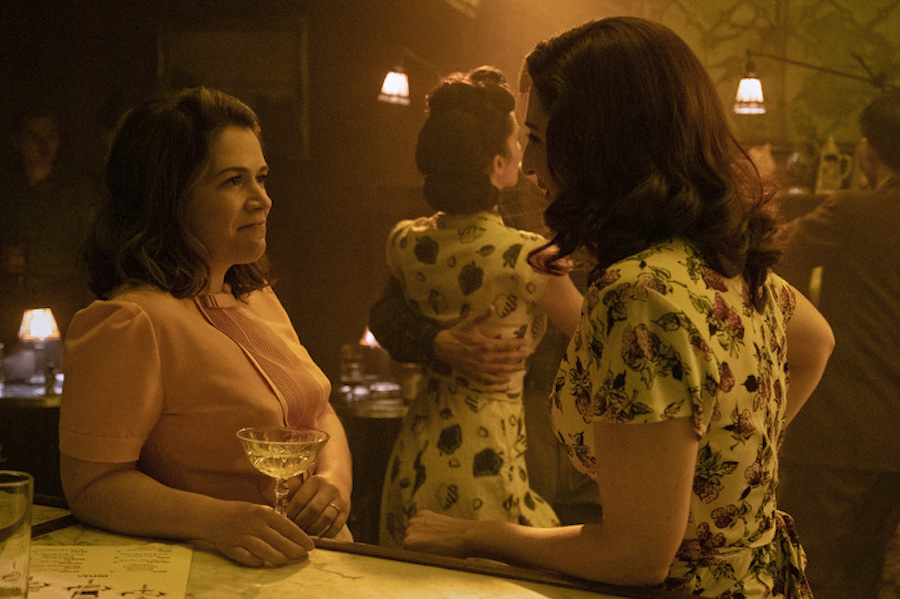 Amazon Prime’s ‘A League of Their Own’ follows the story of the women who play for the Rockford Peaches in the All-American women’s baseball league. In all the ups and downs that the team goes through, Carson Shaw becomes their leader. She stands up for the team and finds ways to help her teammates and make the Peaches better, even when the people who are supposed to help them wash their hands of this responsibility. While tackling the struggles that come with being a player as well as the coach of her team, Carson also goes through the events that make her reconsider the life she had been living. Meeting Greta changes her and despite the challenges that life puts in front of them, they find happiness together. But does this continue even after the championship ends? Do Carson and Greta end up with each other? Let’s find out. SPOILERS AHEAD

Do Carson and Greta End Up Together?

Carson Shaw had been unhappy in her marriage before her husband, Charlie, went away to fight the war in Europe. While the thought of his return should have made her happy, it terrifies her so much that she runs away from her home. Fortunately, she has a very good excuse to do that. The baseball championship not only allows her a reprieve from the problems at home but also gives her a shot to live the dream of playing baseball professionally.

While Carson proves to be a confident player on the field, her personal life needs much more work. Things become especially complicated when she gets close to another player, Greta Gill. On the night of being chosen to play for the Rockford Peaches, they go out to celebrate with the team and end up kissing each other. This creates some awkwardness between them, especially because Carson becomes confused about what she wants. While, on one hand, she is married to Charlie, she can’t help but feel a connection to Greta. After some hesitation, she decides to give a chance to her romance with Greta and see where it goes.

The future of their relationship is set in stone on Day One. Greta makes it clear that she is going to California after the championship. Later, Carson also discovers that Greta has moved around a lot and has had quite a few such flings along the way. Because being queer is not accepted by society or the law, continuing their relationship beyond the game wouldn’t make sense. However, as they spend more time with each other, they both realize that what’s between them is more than just a fling.

Carson realizes that she’s in love with Greta and considers following Greta wherever she goes next. While, generally, Greta sticks to the rules of not going too deep into a relationship, she, too, starts seeing a future where she and Carson can be together. However, things change when Charlie comes back into the picture around the same time that Carson and Greta hit a bump in their relationship. At first, Greta considers leaving mid-championship, but Carson succeeds in changing her mind, and she decides to stay until the games are done.

In the end, after giving a lot of thought to what she wants for herself, Carson bids goodbye to Greta. She tells her that she won’t be going with her, but she also makes it known that she won’t be going back to Charlie either. She needs to figure out things on her own, especially when it comes to her love for baseball and the marriage that she feels stuck in. So, while she does love Greta and acknowledges that she has changed her life, Carson decides to part ways with her until next year, when they come back to play for the second season of the league.

Read More: Is A League of Their Own’s Carson Shaw Based on a Real Baseball Player?