Do Dana Sue and Ronnie End Up Together in Sweet Magnolias Season 2? 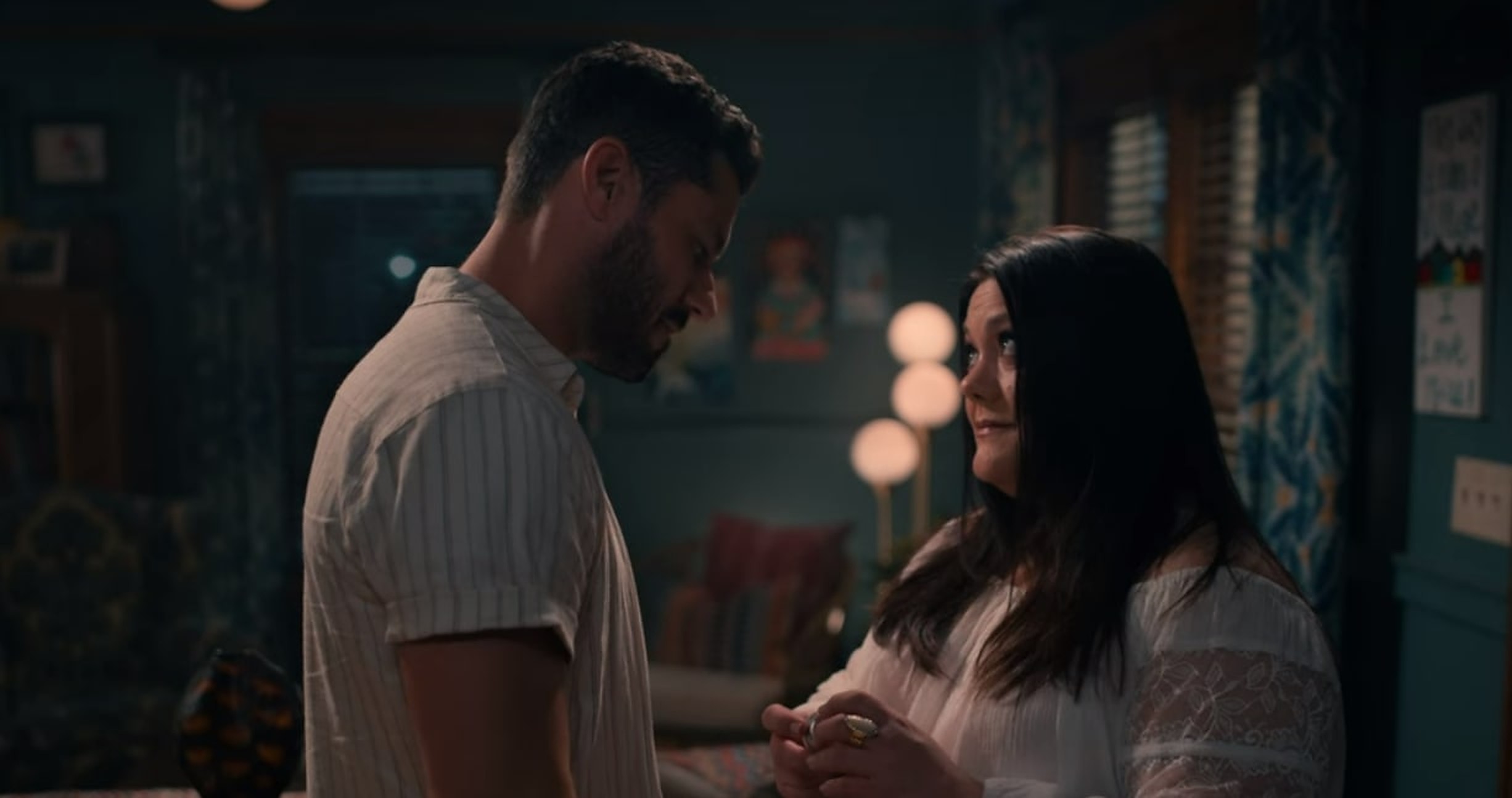 Developed for the screen by Sheryl J. Anderson, ‘Sweet Magnolias‘ is a romantic drama TV series on Netflix. Set in the fictional South Carolina town of Serenity, it revolves around three lifelong friends Dana Sue, Helen, and Maddie aka the “sweet magnolias.” The trio becomes each other’s pillars through the troubles of life and faces each challenge with determination and a sip of their famous margaritas. Their dramatic love lives form a major part of the narrative and keep viewers hooked to their sizzling chemistry and twists.

One such interesting couple is Dana Sue and her estranged husband Ronnie. His sudden return to town takes everyone by surprise at the end of season 1. Hence, fans are curious to know whether Dana Sue accepts him back into her life or they separate for good. If you wish to find out more about the status of their relationship, we’ve got all the details you need. Let’s dive in! SPOILERS AHEAD.

Do Dana Sue and Ronnie End Up Together?

Yes, Dana Sue and Ronnie end up together in season 2. After several years of staying off dating, Dana Sue gets attracted to Jeremy, a handsome farmer who is a vendor for her business. However, their growing affections come to a halt when Ronnie returns to her life. He requests her to take him back as her husband but she refuses him as she is skeptical about his intentions. They decide to focus on co-parenting Annie and be civil to each other for her sake. Ronnie takes care of a shaken Annie after the car accident and decides to stay back in Serenity.

When Dana Sue asks Ronnie that they remain married so that she can get a second mortgage on their house, he agrees and even offers to help her financially. Later on, Cal steps in and helps her save the restaurant business and she refuses Ronnie’s offer. Nonetheless, he is determined to win her over and save their marriage but Dana Sue repeatedly rebuffs his efforts as she does not have faith in him. With small gestures like taking the family to the Summer Market, making house repairs, and wooing her with flowers and favorite lip balm, Ronnie slowly rekindles the love in her heart.

Dana Sue gives in to her still existent feelings for him and they share a passionate kiss. However, she remains confused about Ronnie and continues to date Jeremy openly. When Annie catches her engaged in physical intimacy with both men on separate occasions, she begins to feel guilty about the emotional distress it causes her daughter. Thus, she breaks up with Jeremy and stays with Ronnie. Despite being exclusive with him, Dana Sue is still undecided about her and Ronnie’s relationship status. This slightly frustrates him and he asks her to make up her mind about their future by attending marriage counseling together.

Under Pastor June’s guidance, Dana Sue and Ronnie start taking tiny steps towards fixing their marital problems. They face a rocky start as it dredges up the ugly facets of the past and they have severe arguments. Ronnie shows his dedication to the counseling sessions by passionately recalling all his wedding vows to Dana Sue. However, she lashes out at Ronnie’s constant endeavors to seek forgiveness and states that she cannot trust him anymore as he was the one that disrespected their marriage with his alcoholism and infidelity.

Meanwhile, Ronnie feels that he had to give up his true passion of opening a carpentry workshop to help Dana Sue at the restaurant. These unresolved issues begin to act as hurdles for their reconciliation. After a heartfelt conversation with Pastor June, she realizes that despite being still in love with Ronnie, she lets her fear of the past stop her from acknowledging his efforts. She also feels guilty for not having understood his wishes and aspirations and reaches out to him by getting his old car repaired as a surprise.

An emotional Ronnie asks Dana Sue to leave the turbulence behind and they make a sincere promise to each other to start afresh and fight for their marriage and family. Thus, after facing several challenges and the ghosts of their past, the couple finally finds their way back to each other.

Read More: Do Anne and Tyler End Up Together in Sweet Magnolia Season 2?