Do Hardin And Tessa End Up Together in After We Fell? 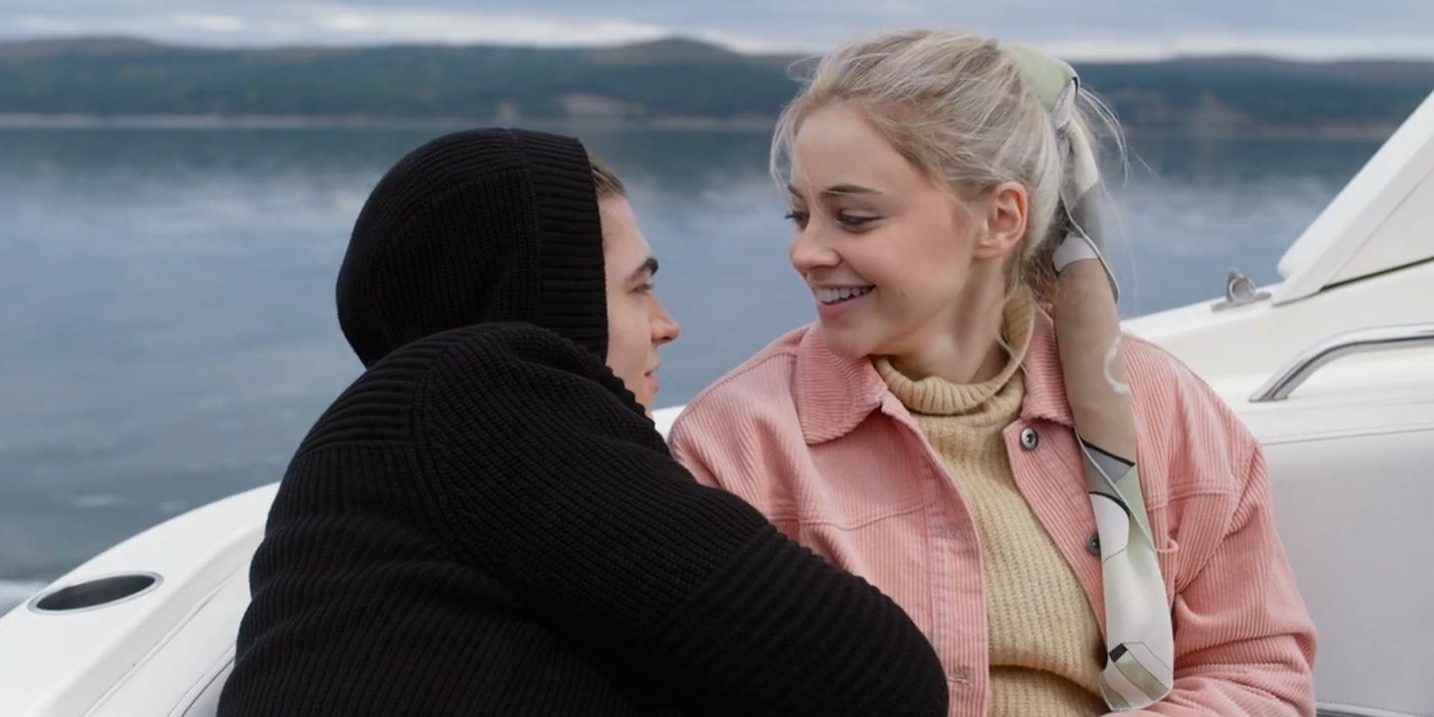 Castille Landon (‘Fear of Rain’) paints her anxious coming-of-age teen romance drama movie ‘After We Fell’ with an electrifying ambiance. The story — built upon the 2014 book of the same name by Anna Todd — revolves around the fiery romance of long-term couple Tessa and Hardin, whose chemistry is pretty solid. Hardin comes off as a hipster antihero, while Tessa is a career-oriented empath. Both look forward to stability in the relationship, but problems arise when Tessa gets a job in Seattle.

The story veers off the cliff when their secrets — and those of their respective families — come out in the open. Do they end up together? The guilty pleasure movie packs cerebral and sensual sex scenes to entice the audience. At the same time, the on-screen chemistry between Hero Fiennes-Tiffin and Josephine Langford makes the audiences doting on the central pair. But do Tessa and Hardin overcome the obstacles in the end? Let us ponder their dark and tragic love story. SPOILERS AHEAD.

Do Hardin And Tessa Stay Together?

The source material is the third installment in Anna Todd’s ‘After’ series. Thus, Hardin and Tessa are deep in love when the movie begins. Tessa and Hardin’s love story is a tumultuous one. Although Hardin is often unreasonably jealous and prone to throwing tantrums out of nowhere at times, Tessa’s love for Hardin seems unfaltering. In the beginning, Tessa’s estranged father, Richard, comes back. Although Hardin wants Tessa to reconsider whether she wants Richard in her life after all these years, Tessa wants to give Richard a second chance.

When Tessa takes the decision, Hardin complies. Hardin suggests giving Richard a lift, and the father and the unofficial son-in-law end up in a bar. Richard and Hardin beat up a random guy when he passes comments at Tessa’s photo. Tessa is upset, but Hardin makes it up to her on the bed. Meanwhile, Tessa wants to move to Seattle to join a position at Vance Publishing. Hardin does not want her to go, weighing the complications of a long-distance relationship.

From Kimberley, Tessa gets to know that Hardin turned down a job offer at the same company. Hardin wants Tessa to move with him to England after graduation. After some chitchat with Hardin’s step-brother Landon, Tessa and Hardin throw a few Jane Austen lines at each other on the boat. Hardin walks out of the lake house after another round of coitus in the hot tub, throwing a tantrum regarding Trevor (Tessa’s former boyfriend).

While out on lunch with Hardin’s father, Ken, and his present wife, Karen, Hardin meets Lilly, an old friend. Jealous of Lilly, Tessa flirts with Robert, the waiter who apparently loves “carbs.” Robert gives Tessa a coat (we wonder where this is going, don’t we), and they go out for a drink. Robert introduces Tessa to his colleague Nora in the lobby, while Landon joins them soon after. Robert gives Tessa his number, but he will understand if Tessa does not want to call him.

However, Hardin finds Robert’s number in Tessa’s bag, which calls for a brawl, even though Tessa has not reached out to the number. Hardin is jealous that Tessa has another man’s number in her purse. But as it turns out, Hardin is also keeping a few secrets from Tessa. She does not know about the marriage of Hardin’s mother until Kimberley tells her. Moreover, Tessa has no idea that Richard is staying at Hardin’s place.

Tessa and Hardin come off as a dynamic duo, although there remain rough patches between them – Tessa is vengeful, Hardin is jealous and possessive, and both are pretty immature. However, as Kimberley tells Tessa in the movie, love is rarely straightforward. It seems that Hardin and Tessa work out their relationship in the end. Although initially reluctant, Hardin later gives Tessa the suggestion to move into Seattle, and Tessa agrees. He has also booked tickets for the two to go to England and attend Trish’s marriage.

Tessa and Trish bond while Trish is trying her dress out. Also, the final bomb of a twist makes Hardin quite vulnerable. After catching Vance and Trish in a compromising state in the kitchen, Hardin comes to know that Vance is Hardin’s birth father. Broken and devastated, Hardin looks for Tessa while Tessa finds him on the street. The film ends with the lovers’ embrace, while a “to be continued” keeps us wondering about the future course of the story. However, we sense that they have the passion and resilience to make their relationship work.

Read More: Where Was After We Fell Filmed?