Do Helen and Ryan End Up Together in Sweet Magnolias Season 2?

Netflix’s ‘Sweet Magnolias’ is an engaging romantic drama TV series developed by Sheryl J. Anderson. Based on the eponymous novels by Sherryl Woods, the story revolves around Helen, Dana Sue, and Maddie, three childhood friends in the town of Serenity. Also called the “sweet magnolias,” the trio faces the joys and sorrows of life by supporting each other and their loved ones. On their journeys, they find love, independence, and a sense of belonging in their idyllic little town.

The series has kept the viewers hooked to the dramatic love lives of the protagonists, and the men in Helen’s life particularly intrigue everyone. In season 2, Helen’s first love Ryan returns to Serenity following a tragic incident and throws her relationship with Erik off course. As she begins contemplating her future, she faces the dilemma of choosing between them. Given the turn of events, fans are curious to know if Helen decides to leave Erik and return to Ryan or not. Let’s find out the answer to that. SPOILERS AHEAD.

Do Helen and Ryan End Up Together?

It is unclear whether Helen and Ryan end up together. As ‘Sweet Magnolias’ season 1 ends, they end things because he doesn’t want to have children unlike her. After he leaves Serenity, she is devastated as they state that it is their last goodbye before parting ways. Helen and Ryan love each other since their childhood and share a significant history of finding each other repeatedly in life. Thus, she is broken to deal with the breakup as her biggest dream of marrying him and having a family together gets shattered. However, she gets a major surprise when she finds out that she is pregnant with his child. She decides to keep the baby without telling him immediately and is highly excited to embrace motherhood.

Unfortunately, Helen has a miscarriage and undergoes severe pain and trauma due to that. Her hopes of being a mother get destroyed and she sinks into depression. Luckily, she finds solace in Erik, who ensures that she eats properly and regularly takes care of her. Helen gradually begins to heal in his company and realizes that she can be her most vulnerable self with him without any apprehensions. She appreciates his friendship and eventually gets attracted to him.

Soon Erik and Helen confess their feelings to each other and decide to give their relationship a chance. Erik further shares about his painful past with her, and thus they connect on a deeper level due to their common grief. He further supports her decision of having a baby via IVF, and they mutually decide to take things slow and heal properly before getting physically intimate.

Just as things are looking up for Helen and Erik, Ms. Frances suddenly passes away and the “sweet magnolias” begin arranging her memorial party. Ryan also returns to town to attend his aunt’s memorial and approaches Helen, much to her surprise. She further gets shocked when he tells her that he has changed his mind about starting a family and requests her to return to him. Taken aback by this sudden announcement, Helen begins to reconsider her current relationship with Erik. While he is her anchor in the storm, she is unable to deny that she and Ryan still have unresolved feelings between them.

As Helen considers Ryan’s confession, she also feels secure in her newfound love for Erik. Her dilemma reaches its peak when after the memorial party, Ryan goes down on one knee and asks her to marry him. She thus faces a myriad of emotions, as he stands in front of her representing her childhood dream, but she is bound to Erik by a bond of trust and respect. Though she doesn’t give Ryan an outright answer to his marriage proposal, she has a lot of things on her plate to consider. On one hand, Ryan is her first true love who grew up with her, whereas Erik is the one who pulled her out of her darkness and gave her new hope in life. 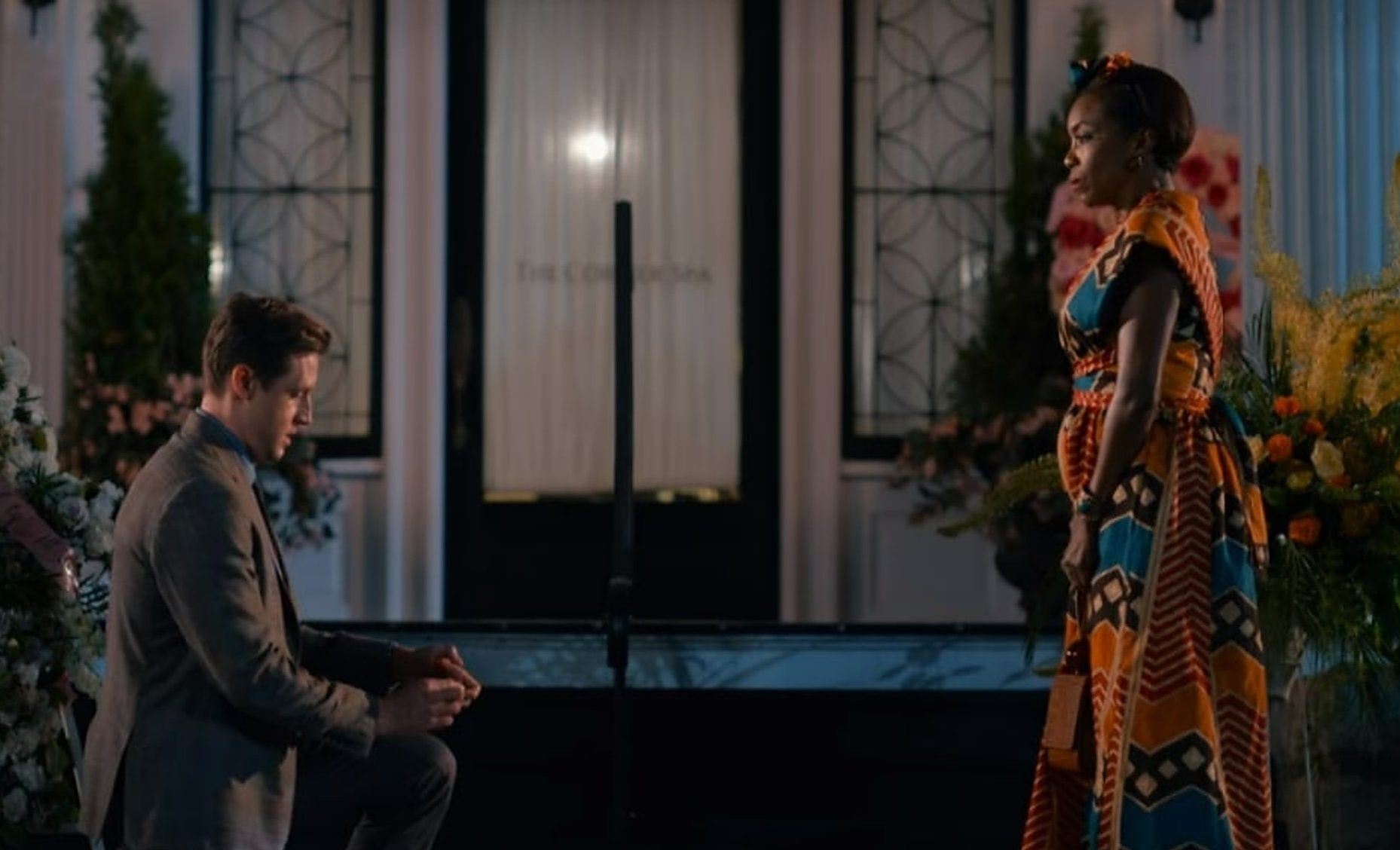 Even though Helen is drawn towards accepting Ryan back, there is a high possibility that she won’t because as much as she loves him, she is also afraid of being hurt by him again. He does not come with the surety and reliance that Erik does, and perhaps that is exactly what Helen looks for presently, given that she is planning to be a mother. It is likely that she may take some time to think over things but reject him in the end due to their turbulent past. However, it is yet to be seen whether she rather chooses to jeopardize her relationship with Erik and resume things with Ryan.

Read More: Do Annie and Jackson End Up Together in Sweet Magnolias Season 2?