Do Tommy and Lizzie End Up Together in Peaky Blinders? 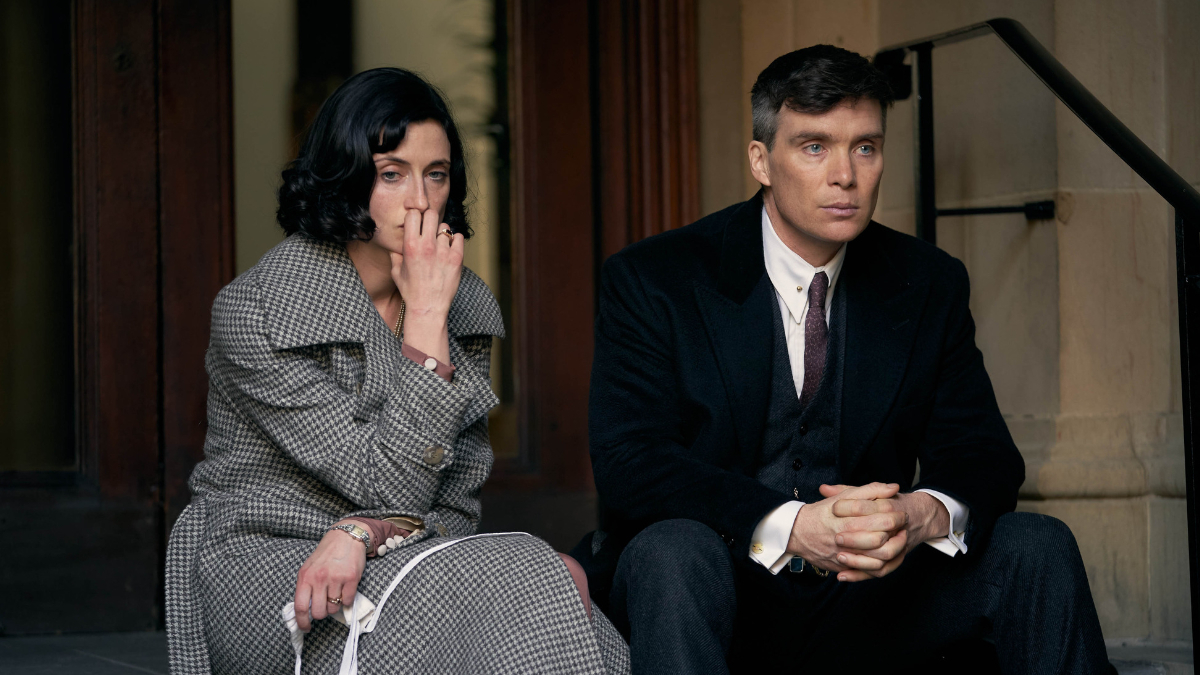 Created by Steven Knight, ‘Peaky Blinders’ is a period crime drama series brimming with violence, passion, and style. The story revolves around the Shelby family, the leaders of the eponymous street gang in Small Heath, Birmingham. In the first season, Tommy Shelby (Cillian Murphy) assumes the leadership of the family and the Peaky Blinders after returning from World War I. A relationship gradually develops between Tommy and Lizzie Stark, a local prostitute. In season 4, Lizzie gives birth to their daughter, Ruby. By season 5, they are married. If you are wondering whether Tommy and Lizzie end up together in ‘Peaky Blinders,’ we got you covered. SPOILERS AHEAD.

Do Tommy and Lizzie Remain Together?

Like most of Tommy’s relationships, there is an amount of volatility in the dynamic between him and Lizzie. It seems to perpetually exude this notion that it can explode at any time. In season 1, Lizzie is supposed to marry Tommy’s brother, John. However, Tommy believes that she hasn’t completely given up on her profession and offers her eight pounds in exchange for services, and she accepts, proving his suspicions to be true. He lets John know about this, and the latter eventually calls the wedding off, realizing that his brother is one of Lizzie’s regular clients. In season 2, Lizzie becomes Tommy’s secretary at the Shelby Company Limited. However, Tommy instructs her to seduce Field Marshall Henry Russell, who sexually assaults her before Tommy comes and kills him.

In season 3, Lizzie begins a relationship with Angel Changretta, which becomes a point of contention between her and the Shelbys. Lizzie also tells Polly Gray that her relationship with Tommy has become complicated once more. They have been sleeping together since the death of his first wife, Grace.

In season 4, Lizzie becomes pregnant and gives birth to her and Tommy’s daughter, Ruby. Lizzie and Tommy are married in season 5. Tommy has vivid hallucinations about Grace. When he speaks to his sister Ada about this, she urges him to stop using opium. In season 6, the relationship between Lizzie and Tommy continues to worsen. When Ruby is diagnosed with tuberculosis, Tommy goes on a wild hunt to find a miracle cure among the Romani people. When he finally gets back, Ruby is already dead. Believing that this was caused by a curse placed on his family by a woman, Tommy hunts her down and kills her.

Not long after Ruby’s death, Tommy’s personal doctor, Holford, visits him and reveals that Tommy has tuberculoma, giving him 12 to 18 months. This adds a sense of urgency to Tommy’s actions. He sleeps with Lady Diana Mitford, the mistress of the British fascist leader Sir Oswald Mosley. Diana and Mosley are aware of Lizzie’s past and have decided that Tommy needs a better partner. Diana tells Lizzie about the sexual encounter in the presence of Mosley and Tommy, knowing how humiliated the other woman will feel. Lizzie subsequently leaves Tommy. Charles Shelby, Tommy’s son with Grace, goes with her.

A part of Tommy has always believed that he doesn’t deserve the good things in his life and sometimes actively sought to undo them. Lizzie and Charles are two of the best things that ever happened to him. Believing that he is dying, he pushes them away. However, by the end of the series, he has learned that the diagnosis was a lie. His enemies knew the only person who could kill Tommy Shelby was Tommy Shelby. There is a possibility, albeit a minor one, that he might reunite with Lizzie and Charles somewhere down the line.