Does Julian Die In Servant Season 3?

With Tony Basgallop at the helm, the psychological horror-thriller series ‘Servant’ revolves around the dysfunctional Turner family, whose lives are changed forever upon the arrival of mysterious babysitter Leanne. Leanne Grayson and Julian Pearce become natural adversaries from her early days in the household. Although, they later develop a relationship that can only allude to the classic case of opposites attract. Out of his ‘Harry Potter’ phase, Rupert Grint delivers a menacing performance in the role of Julian Pearce. However, does Julian die by the end of the third season? Some of you may have seen it coming, but let us illustrate for those who have not. SPOILERS AHEAD.

Does Julian Die In Season 3?

Julian comes off as the pure evil among the Turners as he orchestrates much of the confusion regarding Jericho. Firstly, he fails to attend Dorothy’s call following the death of the toddler, leaving her in limbo for four days – all because his dealer was about to hit a good stash of weed. He also involves his Kinesiologist friend Natalie in the matter, who suggests using a doll to help Dorothy cope. If you fail to realize, kinesiology is a pseudo-science-based technique. Although Natalie is not a con since she can perform hypnotism, we do not think she is licensed to prescribe Dorothy the medicines. 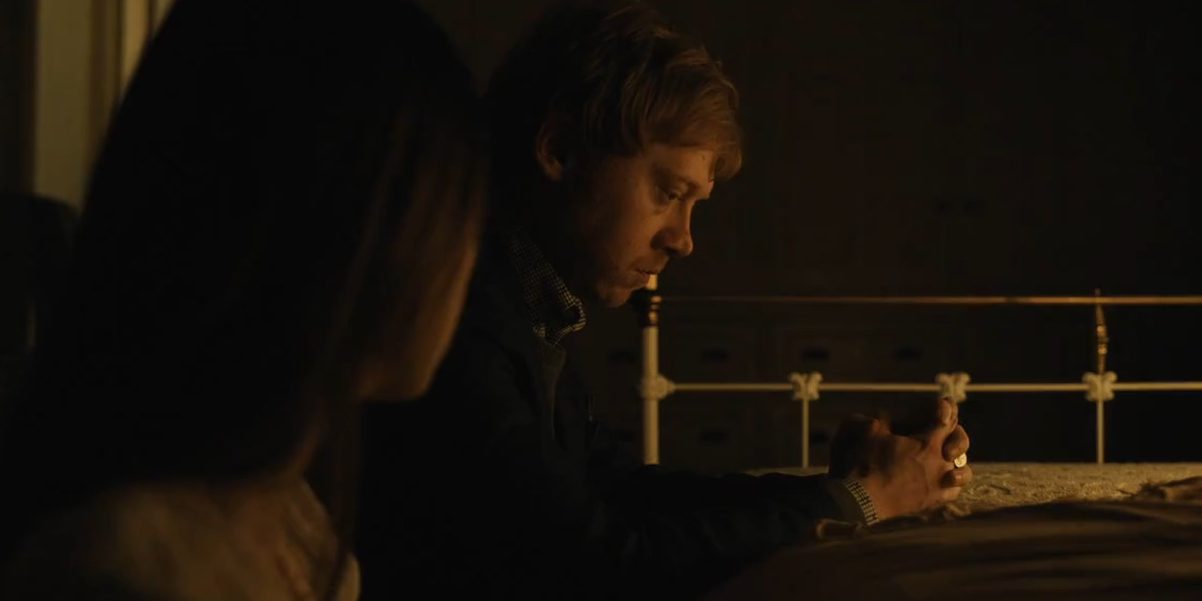 After Jericho comes back from the presumed dead, Julian quickly concludes that the baby is Leanne’s. He theorizes that Leanne probably smuggles the baby in her trunk, but his case seems implausible. Moreover, Julian also does not divulge about the baby either to Natalie or his father, even when his father gives him the same idea of buying a baby from a needy couple. He maintains all truths while the facts jumble up. When they discover that the baby is alive, he credits the baby to Leanne, alluding to possible incest in the family.

Towards the end of the second season, in the episode where the Pearce patriarch tags a date named Kourtney for lunch at the Turners, Julian goes to hospital following an OD. However, he still does not believe in a near-death experience. His aromantic stint with Leanne convolutes things even further. The third season begins with Julian coming back from rehab and with a new girlfriend by his side. Therefore, it seems that Julian is in for more trouble. In the first episode of the third installment, Julian and Leanne go for a walk with Jericho.

Although the walk’s purpose is to identify possible cult members loitering in the neighborhood, Julian and Leanne get into a brawl. Leanne wants Julian to accept their relationship, while Julian is eager to avoid emotional complications. On his way back to the Turner household, a beam almost drops on Julian – another near-death experience. As Leanne projects her hatred for Julian in her diary, Julian gets attacked by a pack of seagulls. Things are not looking good for Julian, and if he fails to understand the power of Leanne, he may meet his doom in the third season. Moreover, he may get back on his drug routine, which may take a fatal toll on Julian’s health. Therefore, there remains a significant chance of Julian dying in the season.