Does Leanne Die In Servant Season 3?

Tony Basgallop infuses macabre into mundane in the Apple TV+ original psychological horror-thriller series ‘Servant.’ The story revolves around the titular servant, who descends upon the Turner household with a breath of fresh life, literally. Although Leanne’s presence in the house makes Sean lose his taste, and the air apparently smells funny, it proves beneficial for the Turners since Jericho comes back from the dead. A lot of spoilers already – but it is just the icing on the cake. What is Leanne’s story, and why may her life be in danger in the third season? Let us speculate. SPOILERS AHEAD.

Does Leanne Die In Servant?

Leanne Grayson is the titular “servant” of the series. She withholds a meek and religious persona, and as Sean tells Dorothy with convictions, “she’s staff.” However, as we get glimpses into her mysterious past, we come to realize her pivotal role in the story. Leanne Grayson, daughter of Stephen Grayson and Laura Grayson, hails from the small township of Wilmington, Wisconsin. Always desperate to fill the missing picture, Julian takes Roscoe for a tour of the town. They discover the Grayson household, burnt and tattered, and visit the nearby grave to find the family graves. Leanne Grayson’s gravestone lies beside her deceased parents’. 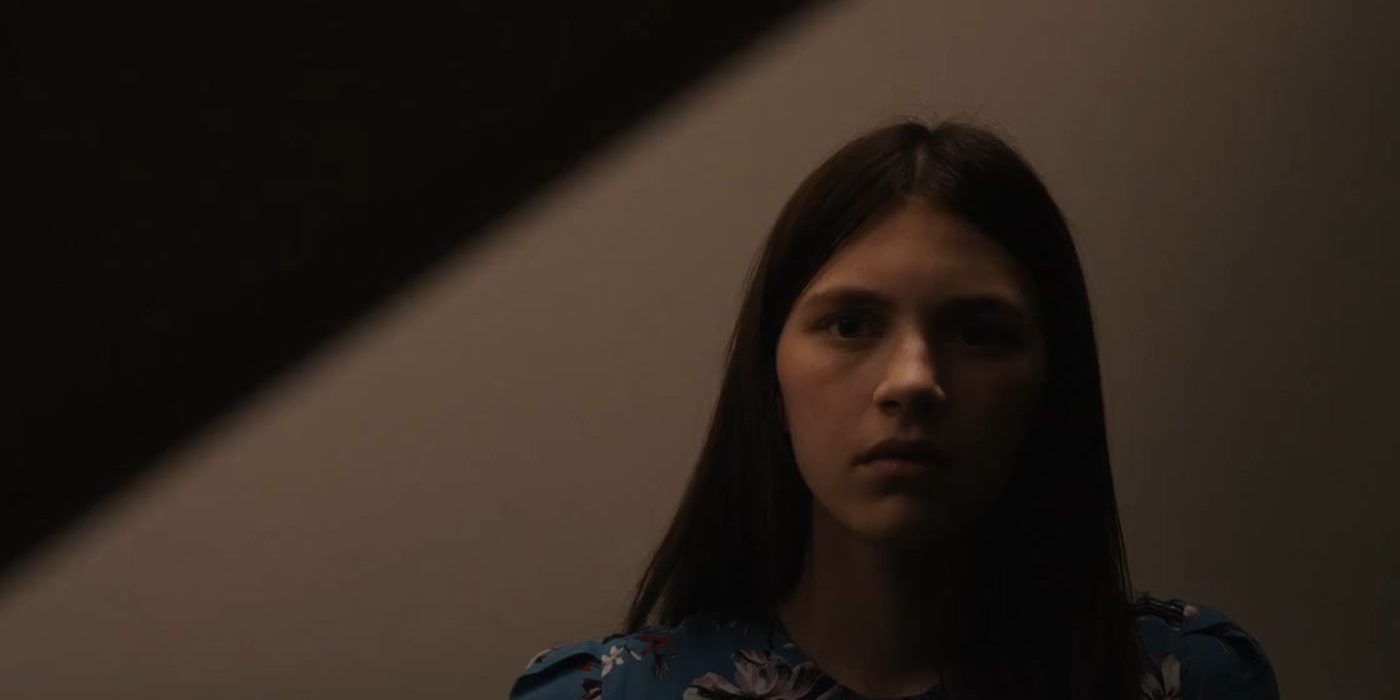 However, Leanne comes off as quite alive – and maybe even reborn – as we put together her life story from her and others’ accounts. Leanne hated her mother, and in consequence, the absence of a maternal figure governs her life’s story. Leanne’s mother Laura fiercely presented her for a beauty pageant, which bordered on torturing as per Leanne’s accounts. Leanne did not win the competition, adding to her mother’s disgust, but at the same time, fate prepared her for a chance encounter with Dorothy.

Dorothy covered the same pageant for her employer, 8 News, encouraging Leanne to give a big smile to the camera. Leanne started coveting Dorothy from that instant, imagining her as a prospective mother figure. Then, Leanne, in a rebellious streak, burned down the house. Again, destiny plays a central role in Leanne’s life – as it brought Uncle George and Aunt May to her when she needed them the most. Her association with the uncle and aunt is not made clear in the series, and it may so happen that the original Leanne died with her parents.

However, even considering that, Leanne goes through a rebirth experience in the company of the cult. When she walks out of the Turner household and back to her cult members, they embrace her. At the moment, she comes off as a messiah. For her fond memory of Dorothy, Leanne acts out of her provision to help Dorothy bring back her child. Later, as aunt May tells Leanne, the cult only allows her to help the designated ones, whoever that may be. Thus begins a tug of war between the Turners and the who’s who of the Church of the Lesser Christ.

Leanne’s assailing of her domineering aunt Josephine only aggravates the situation. In Leanne’s own words, it begins a “war.” The third season starts with Leanne having a nightmare about Aunt Josephine. She keeps Uncle George’s dagger close to her. Those “reborn” can only be dispatched when one stabs in their eyes with the burning tip of the blade. But thanks to a sudden burglary, Leanne even has to let go of the prized possession. The missing dagger makes Leanne all the more vulnerable to the attacks from the cult members.

Moreover, let us not forget how Dorothy gifted Leanne a near-death experience halfway into the second season, almost burying her alive. Thankfully, Sean contains the situation for the time being, but who knows what Dorothy will do if Jericho disappears once again? Another threat comes from Julian, considering the fact that the “dark thing” Leanne talks about at the end of the second season may have something to do with that devil. If Leanne is indeed pregnant, and if Julian gets to know, will he flinch before harming Leanne? We think not. Therefore, there remains a fat possibility of Leanne dying in the third season. But if she is a messiah, she can handle it by scribbling in her magic diary.