Does Nathan Die in The Bastard Son & The Devil Himself? [Spoiler] 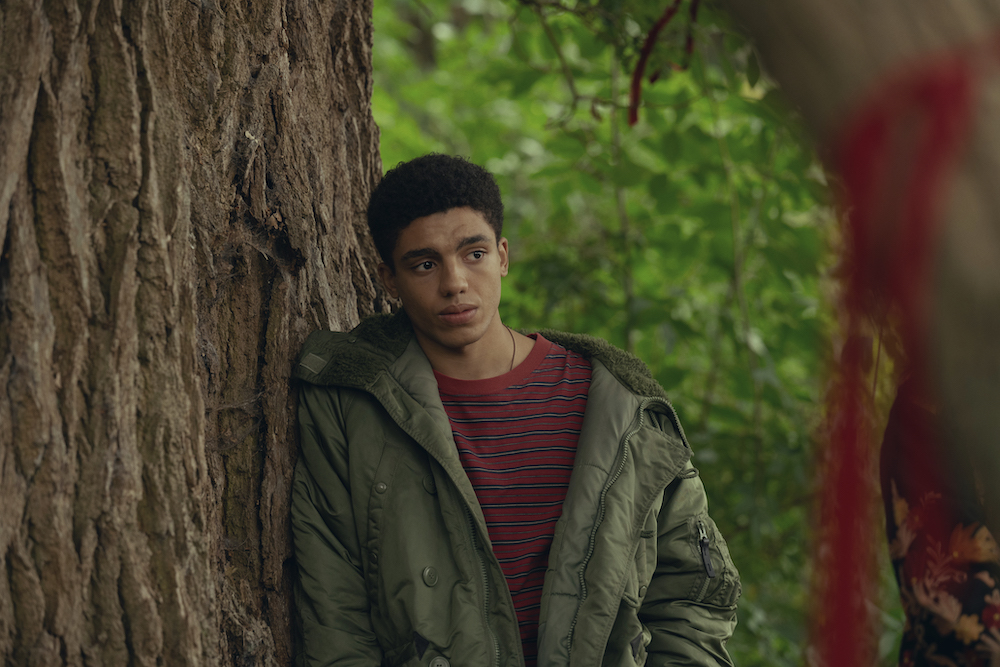 Netflix’s ‘The Bastard Son & The Devil Himself’ is the story of a boy who has to face the consequences of his father’s actions, even though he has never met him. Nathan grows up with a lot of hatred and fear from Fairborn witches, who believe that he is destined to turn into a cruel and bloodthirsty Blood witch like his father, Marcus Edge. Some, including his father’s followers, believe that Nathan should be killed, while others want to use him to fulfill the prophecy that says that he will be the one to kill Marcus.

But before all of that can happen, Nathan has to go through with the Giving Ceremony on his seventeenth birthday. If he doesn’t, he will certainly die. The entire season hinges upon this quest to get Nathan to complete the ceremony and ensure his survival. Does he succeed in it, or does he die? Let’s find out. SPOILERS AHEAD

The odds are stacked against Nathan since the very beginning. His mother dies when he is still an infant, which leaves his grandmother and his father as the people who can help him with the ceremony. The Giving takes place on a young witch’s seventeenth birthday. It includes the three gifts the family member must give to the young witch. But the most important part is the family member’s blood. The young witch has to consume their blood to be connected to their own bloodline and become a proper witch. It is only after the ceremony is finished that their powers start to surface.

For Nathan, the option for family members is very limited. Had his mother been alive, she would have given him the gifts and the blood to further his transition. After her death, Nathan is brought up by his grandmother, who also conducts the ceremony for his half-sister, Jessica. Because Nathan’s seventeenth birthday is also just around the corner, he isn’t worried about the ceremony. But Mercury warns him that any number of things can happen in the span of time that might not seem too long, and just a few days before his birthday, his grandmother dies.

The most logical option for Nathan, now, is to find his father and ask for his help. But with the prophecy and his father’s past actions, he is already afraid that Marcus might be out for his blood. Instead, he places his trust in Mercury, the witch whom his grandmother had contacted to help him. The fact that his grandma asked him to go to Mercury in his time of need rather than find Marcus strengthens Nathan’s belief that it is better to trust strangers than his own father.

Once he escapes the captivity of the Fairborn council, he, along with Annalise, finds Gabriel, who assures them that Mercury will have a vial of Nathan’s family member’s blood. Now, this vial is the only thing that can save Nathan, but in the end, when it comes to saving his own life or Annalise’s, he chooses the latter. However, Gabriel goes to Mercury’s place, and after a terrifying encounter with her, succeeds in getting the vial of blood for Nathan.

Nathan, Gabriel, and Annalise reunite at Wolfhagen, where the skirmish between the Fairborns and the Bloods leads to the vial getting destroyed. With his last resort gone, Nathan accepts his death. But Annalise suggests that he find his father, who is still in Wolfhagen. With nothing to lose and his seventeenth birthday already on his doorstep, Nathan comes face to face with his father. He is scared that Marcus will kill him, but it turns out that Nathan might have misjudged him. Instead of killing him, Marcus gives Nathan his blood as well as the three gifts, and completes the Giving ceremony, saving Nathan’s life.