Is The Bastard Son & The Devil Himself Based on a Book? 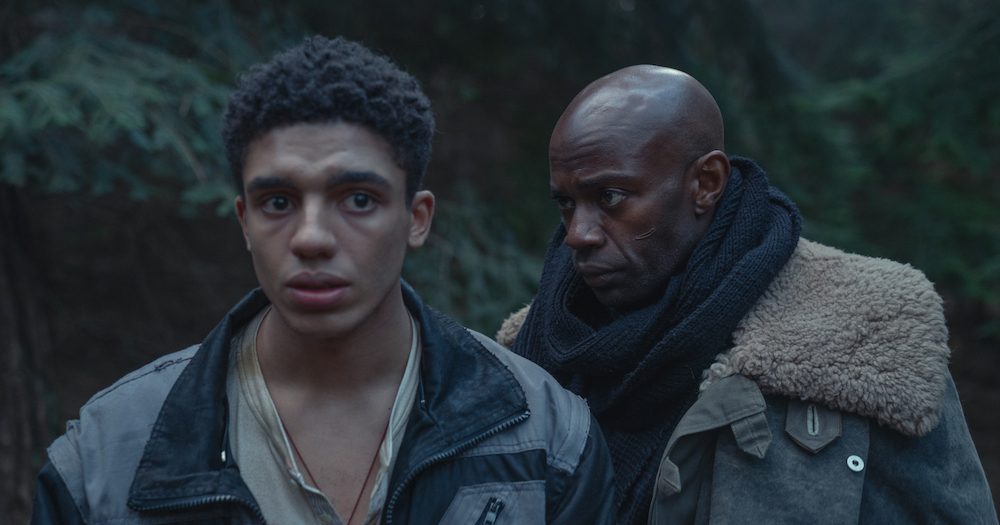 Netflix’s ‘The Bastard Son & The Devil Himself’ is a young adult supernatural series that follows the story of a boy named Nathan. He has been ostracised his whole life because he is the son of the infamous witch who is known to kill other witches and take their powers. As Nathan’s seventeenth birthday approaches, he prepares himself for the ceremony that will complete his transformation into a witch. However, things escalate pretty soon when it is discovered that he might have the same violent tendencies as his father.

Created by Joe Barton, the show builds a whole new world with different kinds of witches using all sorts of magic. It is extremely detailed and rich in its backstories and the relationships between the characters. If you are wondering whether the show derives inspiration from somewhere, then here’s what you should know.

Is The Bastard Son & The Devil Himself Inspired by A Novel?

Yes, ‘The Bastard Son & The Devil Himself’ is based on Sally Green’s YA novel, ‘Half Bad’. It is the first novel in a trilogy, and is followed by ‘Half Wild’ and ‘Half Lost’. The idea to write a story about witches first germinated in the author’s mind on a weekend, while attending a storytelling festival. The Celtic vibe of the place made her think about the supernatural aspects of folklore. She was particularly interested in witches because the stories centered on them would usually take a very straightforward approach to the nature of good and bad, and they were mostly about women.

“Black witches and White witches are automatically assumed to be bad or good, respectively, and I wanted to look at that and question if it was a matter of perspective and if anyone was totally bad or good,” Green explained. In addition to this, she was also motivated by the rejection of her first novel by her agent, who said that even though her story had substance, it didn’t have the edge. “If there’s one thing I know I can do it’s “edgy”,” she thought to herself and started working on ‘Half-Bad’.

Because her story falls in the fantasy genre, the author admits that she didn’t rely much on research. Whenever she needed details about something, she’d turn to Google. However, for the setting of the story, she decided to fall upon something that she intimately knew. Green is from the northwest of England, from Lancashire. So, when the time came to give her characters a home, she decided to write about a place that she knew best. This gave her story a personal touch, even though it is far removed from her own life.

When it came to adapting the book for Netflix, creator Joe Barton decided to update the story and make a few changes. One of the biggest changes in the first season is seen in the role of Annalise, which is much lesser in the books. In the show, however, she is a rather significant character. Barton described his show as “a spiritual adaption” and said that while some things were added to the story, there were also some scenes that they couldn’t translate from the book to the screen. At its core, however, ‘The Bastard Son and the Devil Himself’ is very much the same story, with the themes and messages that Green wanted to convey through ‘Half Bad’.

Read More: Where is Netflix’s The Bastard Son & The Devil Himself Filmed?