Does Reynolds Woodcock Die at the End of Phantom Thread? Does Alma Want to Kill Him? 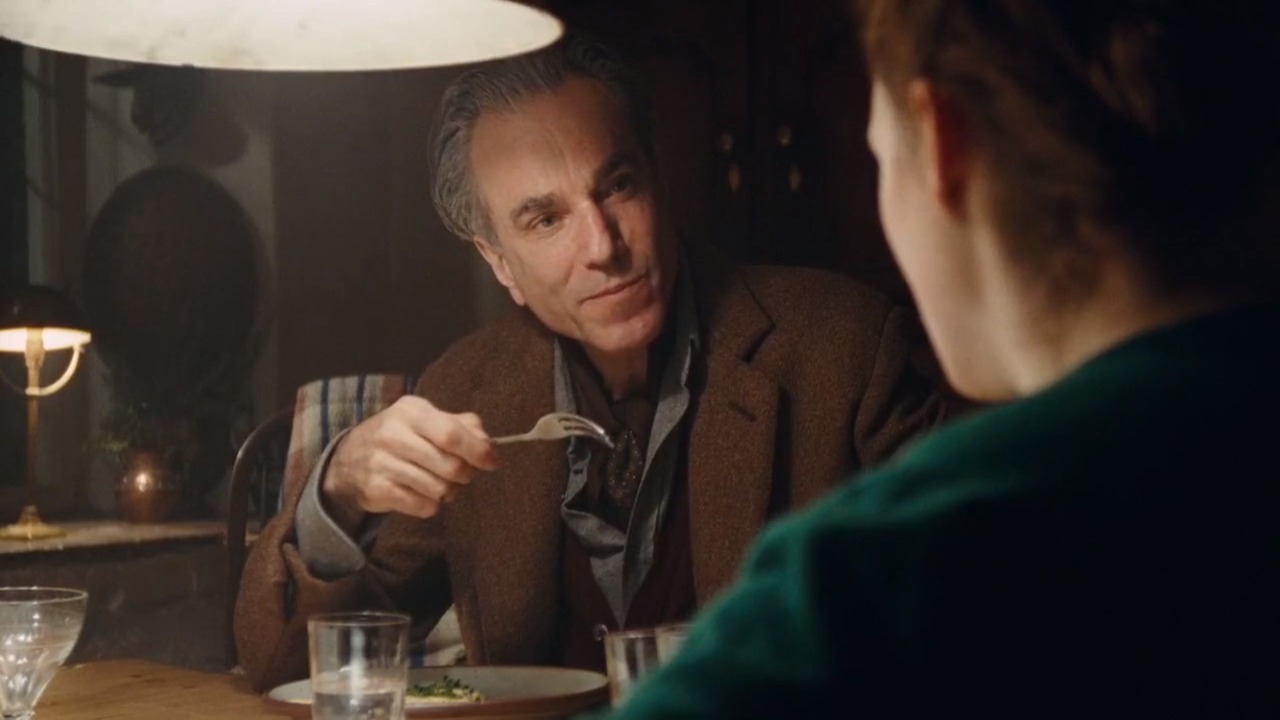 ‘Phantom Thread’ follows the tenuous romance that blossoms between an eccentric dressmaker and his muse, leading them to a remarkable conclusion. The relationship starts when acclaimed couturier Reynolds Woodcock (Daniel Day-Lewis) meets Alma, who waits tables at a diner, and the two become enchanted with each other for completely different reasons. As quaint as the love story’s opening is, its conclusion leaves one baffled. How far do Reynolds Woodcock and Alma go to nurture their connection? Does the latter kill the former to save their love? Let’s take a closer look at how things close in ‘Phantom Thread.’ SPOILERS AHEAD.

Does Reynolds Woodcock Die at the End?

No, Reynolds Woodcock does not die at the end of the film. Though he willingly eats the poisonous mushroom-laced omelet and even gallantly asks his wife to kiss him before he falls sick, he seems to have embraced the subsequent sickness and doesn’t appear to be dying of it. At one point, he does get concerned that perhaps Alma might have given him too much and asks her to call back the doctor he earlier unceremoniously ejects. 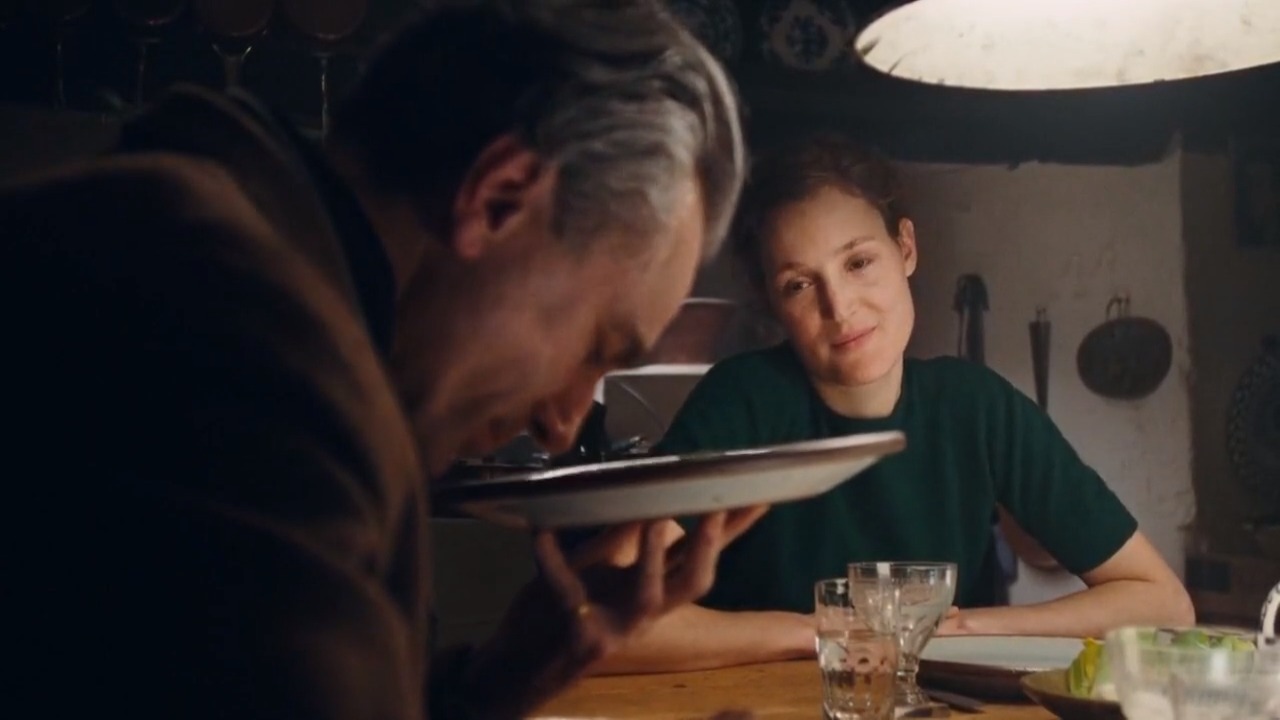 In fact, Alma visualizes the two of them growing old together and even having a child. Though that is clearly a figment of her imagination, we do see Reynolds begin to fit his muse with another one of his creations at the end of the film, telling us that he has likely survived his second dose of poisoned mushrooms as well. It remains an intriguing, poetic, and slightly chilling mystery how long this remarkable and potentially deadly ritual lasts between the dressmaker and his muse, Alma.

Alma makes it very clear that she does not want to kill Reynolds. Even as he takes his first bite of the poisoned omelet, she blurts out that she merely wants to see him helpless and that he is going to get deadly sick but not die. Alma essentially realizes that Reynolds is rarely open to emotional connection during his regular days, which remain single-mindedly focussed on his craft. It is only when he is “broken” that he becomes tender and opens his affection to her. 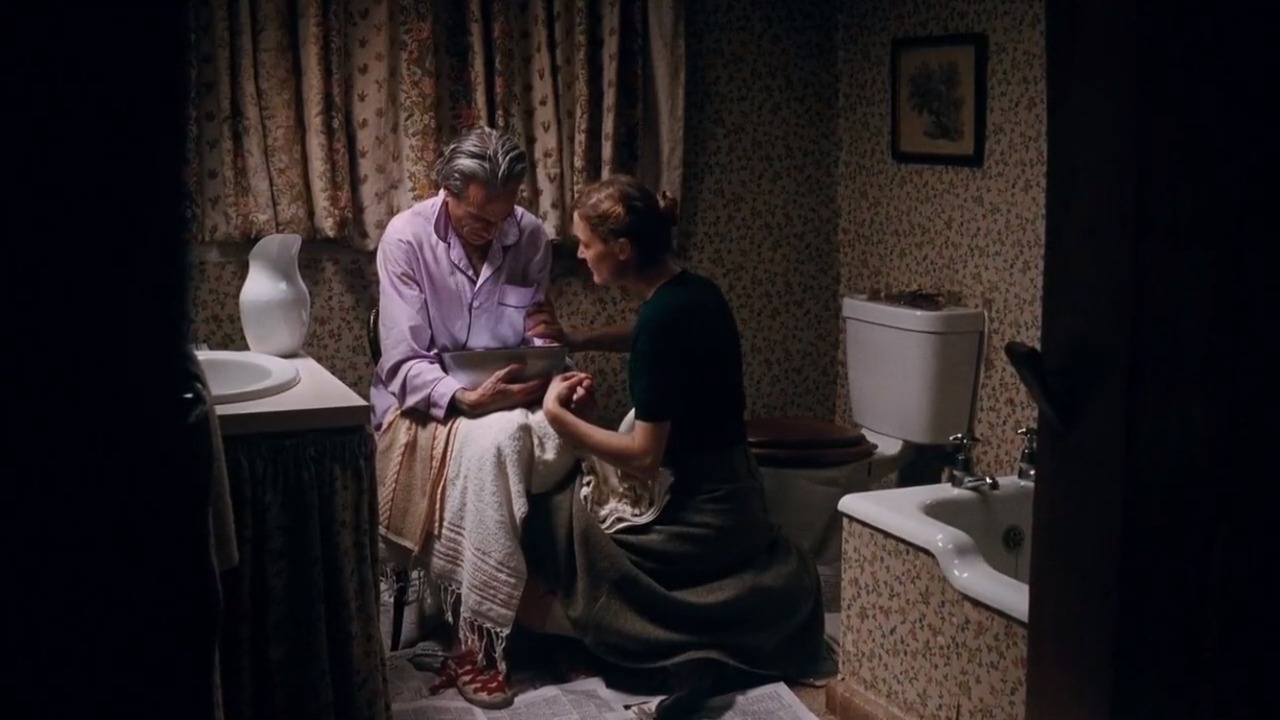 Thus, Alma aims to use the poisonous mushrooms to get Reynolds just sick enough that he spends short periods of time being dependent on her. This, she seemingly reasons, will nurture their emotional connection, and it is difficult to fault Alma considering Reynolds proposes to her after she poisons him for the first time.

By the end, even though her knowledge about the potency of poisonous mushrooms seems tenuous at best, Alma appears to have succeeded in not killing Reynolds. Of course, from her appearance during her conversations with Dr. Robert Hardy (seen intermittently through the film), it doesn’t appear as though a lot of time has passed since the events she is recounting. Thus, the “omelet incident” could have occurred quite recently, keeping the possibility open that perhaps Reynolds dies soon after he begins to willingly get poisoned by his muse and wife.

Alma, interestingly, has also thought about the likelihood of Reynolds dying. In that case, she calmly tells Dr. Hardy, she will just patiently wait until she is reunited with him. Thus, Alma is not too concerned about death and seems confident that her dedication to Reynolds will ensure that they end up together even if she ends up fatally poisoning him.