Does Sandra Die or is She Cured in The Midnight Club? [Spoiler] 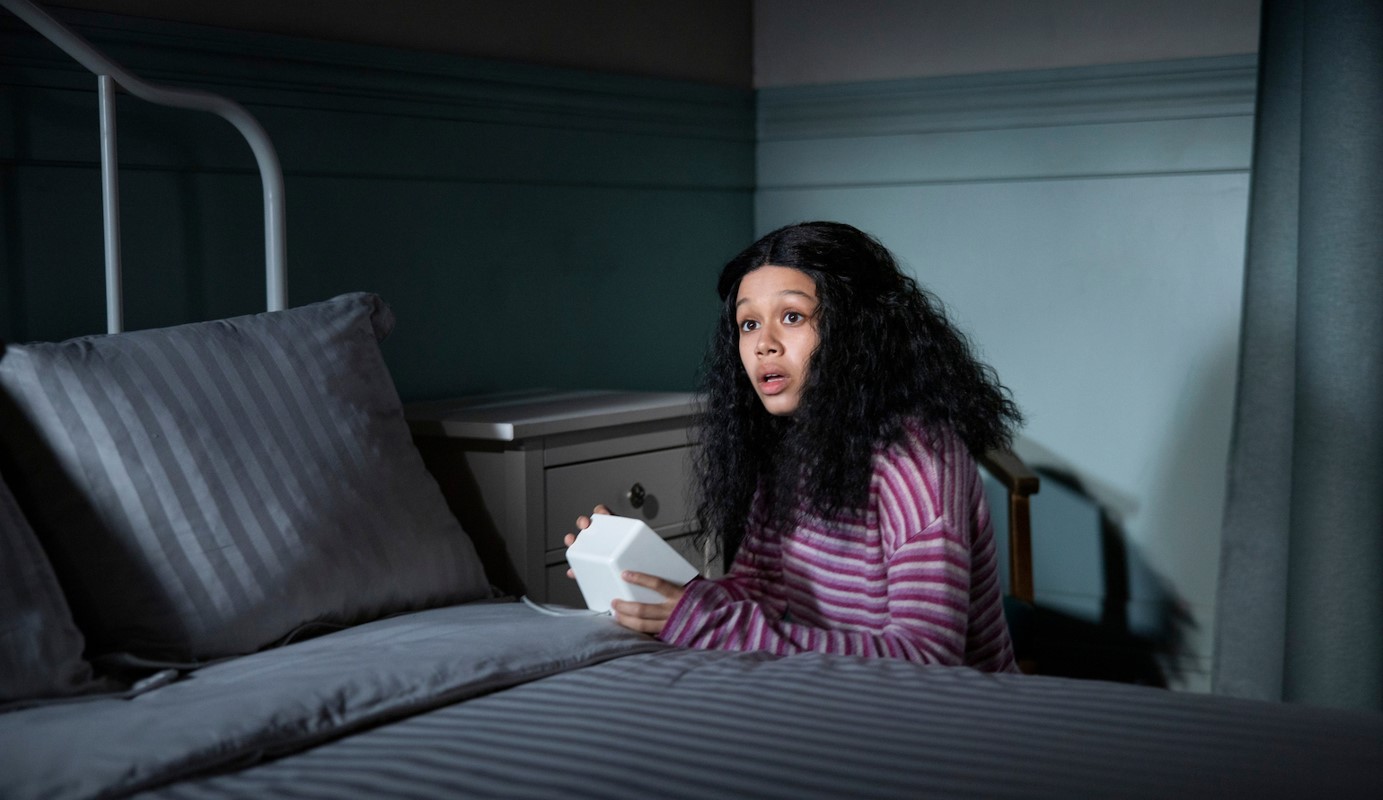 Like many other Mike Flanagan creations, ‘The Midnight Club’ is not an ordinary horror show. It uses elements of horror and mystery to tell a complex story about family, grief, and acceptance. The story begins with Ilonka, the point-of-view character in the series, learning that she has thyroid cancer. Desperately searching for a cure, Ilonka learns about the Brightcliffe Hospice and immediately convinces her foster father to help her secure admission.

Once Ilonka is at Brightcliff, she meets the seven other current residents. Among them is Sandra (Annarah Cymone), whose deeply religious beliefs sometimes put her at odds with others. If you are wondering whether Sandra dies or is cured in ‘The Midnight Club,’ we got you covered. SPOILERS AHEAD.

Does Sandra Die or Make Recovery?

The audience and Ilonka are introduced to Sandra at the same time. As Spence shows Ilonka around Brightcliffe, they come across a room where Sandra is practicing yoga along with Natsuki. We learn that Sandra has been diagnosed with lymphoma. As the series progresses, Sandra’s place in the group becomes increasingly apparent. She is a practicing Christian and deeply religious, and that sometimes causes contention between her and fellow residents such as Spence.

Like Sandra, Spence hails from a deeply religious and Conservative household. However, unlike her, he has been alienated by his family, especially by his mother, because he is gay and has been diagnosed with AIDS. After the death of one of the residents, Sandra advocates turning to religion, which makes Spence, who has grown up in the church, lash out at her. Later in the episode, the story Sandra shares at the Midnight Club meeting is a peace offering to Spence.

As Ilonka tries to look into ancient Greek religion as a cure, Sandra warns the others against such ventures, but she still joins them when they perform a ritual to make Anya healthy in episode 6. And this is where the dichotomy of Sandra’s character becomes apparent. Her beliefs directly contradict what the others are planning, but she willingly becomes involved in it because she wants to be there for her friends.

In the early part of the episode ‘Anya,’ we are led to believe it is set in the future. Anya is the only one among the group for whom the ritual was successful. The others, including Sandra, are dead. This is later revealed to be untrue. It’s all part of Anya’s dream that she has before her death.

In the same episode, Ilonka overhears Dr. Stanton telling someone over the phone that one of her patients is going home. Despite Dr. Stanton explicitly telling her that it’s not her, Illonka starts to believe that she is the one who has been cured. Moreover, she starts to believe that the ritual is the reason behind it. Ultimately, it is revealed that Sandra is the one who is going home, and it was a simple case of misdiagnosis and not the result of some ancient ritual.

Before Sandra leaves, she admits that she has been behind some unexplained incidents at the facility. She justifies her actions by claiming she simply wanted to give others hope. Sandra feels conflicting emotions about the entire thing. She is happy that she isn’t terminal, but at the same time, she feels that she has suddenly become disconnected from others. It’s the immediate inevitability of their fate that brought them together. It suddenly doesn’t apply to Sandra, and she fears that she will be rejected by her friends. However, as Sandra learns, their bond goes much deeper than their diagnosis.

Read More: Does Anya Die or is She Cured in The Midnight Club? [Spoiler]