Does the Ferret (Sprinkles) Die in The Watcher? 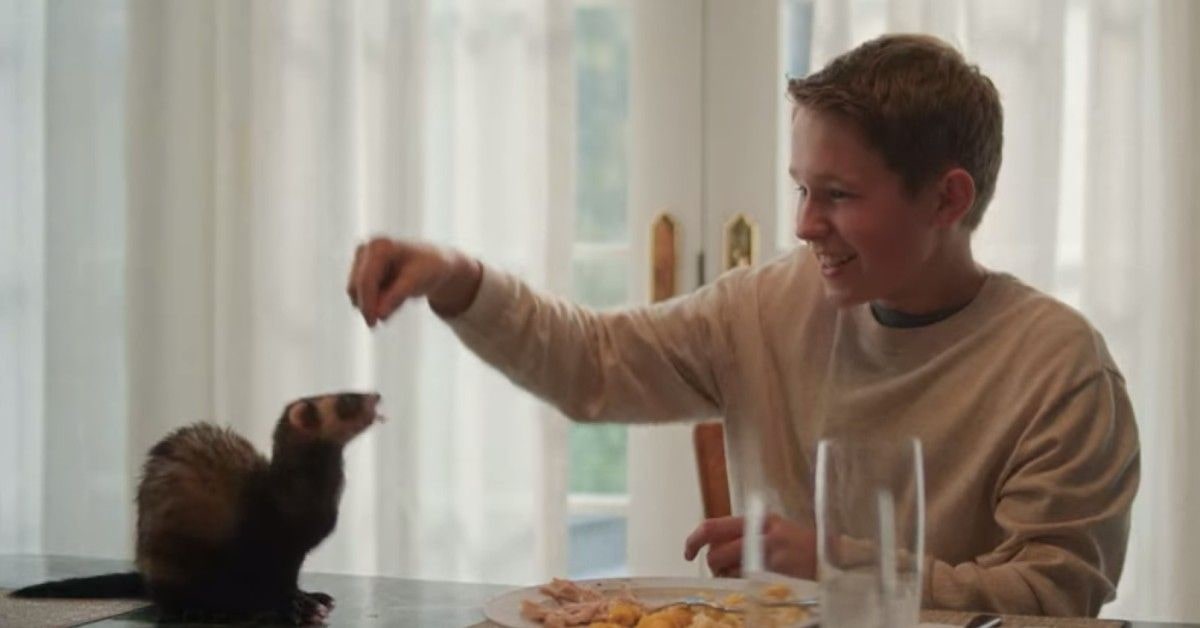 Netflix’s ‘The Watcher’ follows Dean (Bobby Cannavale) and Nora Brannock (Naomi Watts), a couple hailing from New York, who buys their dream home in Westfield, New Jersey, and move in soon after along with their two children, daughter Ellie and son Carter, and Carter’s pet ferret, Sprinkles. Soon enough, their dreams become nightmares when the family starts receiving disturbing letters from someone describing themselves as the Watcher, and odd things begin to happen around the house.

It’s often easier for viewers to worry about pets and animals on a show or film than the characters, and ‘The Watcher’ is no exception. From the moment Sprinkles, the ferret, is introduced in the series, you wonder whether it will survive by the time the final episode airs. Here is everything you need to know about it. SPOILERS AHEAD.

Does the Ferret (Sprinkles) Die?

Ferret is an unusual pet for a young boy, but given the unsettling atmosphere of ‘The Watcher’ as a series, it makes sense that a boy like Carter — curious and restless — will have a ferret as a pet. The show is inspired by author Reeves Weideman’s 2018 article published in New York Magazine’s The Cut. Most of the characters are inspired by real-life counterparts. For instance, the show’s central family, the Brannocks, has been inspired by the Broaddus family from real life.

Dean invests almost all their savings to get the family their dream house, hoping they will have a happy, utopian life only seen in the ads promoting the proverbial American dream. But violence visits them not long after they have moved into their new home and wrench away the family pet. Sprinkles may be Carter’s pet, but the rest of the family loves the ferret as well, and its death in the first episode affects the entire family. It also sets the plot up for the rest of the season.

Shortly after they arrive at their new home, Dean and Nora receive the first letter from the Watcher. This person claims that their family has been watching 657 Boulevard for generations and refer to the two Brannock children as young blood. Unsettled by the letter, Dean and Nora contact the police. Later in the episode, Carter puts Sprinkles in the dumbwaiter, but when he reaches upstairs, he finds Jasper, one of their neighbors, emerging out of the contraption. Terrified, Carter screams, drawing the attention of his parents and prompting Dean to kick Jasper out of his home. That also leads to a confrontation between Dean and Jasper’s sister, Pearl.

That night, someone or something kills Sprinkles by crushing its skull after it gets out of its cage. The police ridiculously suggest that the animal took its own life. The incident makes it clear to the Brannock family they are unsafe at their new home. The series doesn’t explicitly reveal the identity of the Watcher, but there are implications that it’s John Graff. If that’s the case, Graff is probably responsible for Sprinkles’ death as well. After all, he is one of the few people with access to the tunnel underneath the house.

Read More: Who Is John Graff in The Watcher? Did He Really Kill His Family?