Does Zoa Die in Welcome to Eden? 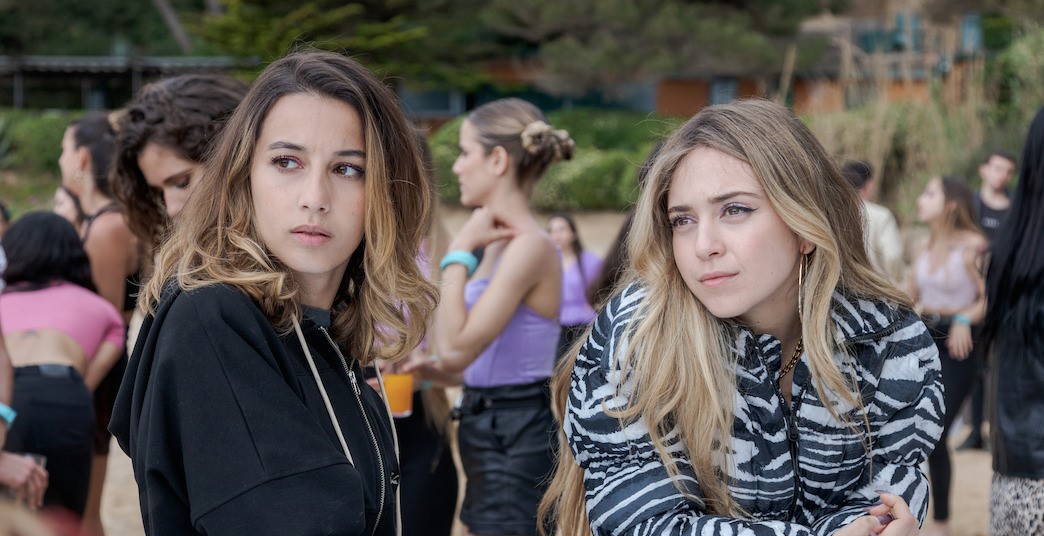 Netflix’s Spanish thriller-drama series ‘Welcome to Eden’ revolves around a group of young men and women invited to the launch party of an energy drink, set to be held on a remote and beautiful island. But all their excitement turns into nightmares when they realize that they are now in the clutches of a dangerous cult seeking recruits. Zoa (Amaia Aberasturi) is one of the new prospects for the cult. She arrives on the island with her best friend, Judith. Even though the invite was just for her, they are both let in. When Zoa wakes up after a night of partying, she discovers that most of the other newcomers are gone, including Judith. Only she and four others are left behind. Meanwhile, in Barcelona, her younger sister Gabi becomes increasingly worried and starts looking for her. If you are wondering whether Zoa survives in the first season of ‘Welcome to Eden,’ we got you covered. SPOILERS AHEAD.

No, Zoa doesn’t die in the first season of ‘Welcome to Eden.’ Zoa’s family situation is quite chaotic and stressful. Her estranged mother is an addict, while her father is almost always gone due to his work. As a result, despite being quite young herself, Zoa has to shoulder the responsibility of raising her sister. The leaders of the Eden cult, Astrid, Erick, and the others, know all this and have targeted her because these things make her susceptible to conversion. They go after vulnerable people that have a distant relationship with their families. Over a few weeks, they then manipulate these young men and women to sever all ties with their families and consider Eden their new home.

Initially, Zoa and almost everyone else among the newcomers are seduced by the beauty of the island and the prospect of a new start. Only Aldo, an entrepreneur who left his family when he was 15 years old, is suspicious from the start and eventually is killed while trying to escape. For the rest, the realization of what Eden truly is comes in stages. Zoa discovers that Nico, a resident of Eden with whom she has started a romantic relationship, is her link to the community. He is supposed to seduce her and convince her to stay on the island. She subsequently grows close to Bel, the leader of the resistance against Astrid within the ranks of Eden.

In Barcelona, Gabi receives a message from what is supposed to be her sister’s phone, telling her not to worry and that Zoa will be gone for a while. The message is actually sent by Mayka, the woman who handles all technology-related matters on the island. The cult confiscated almost all the phones of the newcomers. Gabi eventually learns about Eden from David, a young man who met Zoa at the party and devotes herself to finding a way to get to Eden.

On the island, Zoa discovers that Judith has been killed. She and fellow newcomer Charly eventually find a way to leave the island. The inside of the island is hollow. They plan to use it to sneak onto the boat when it brings a new batch of directionless youth to the island. On her way, she is attacked by Ulises, a senior member of Eden, but another newcomer, Ibón, comes to her rescue and kills Ulises. However, when Zoa makes it to the boat, she spots Gabi in the new group. Although the season ends there, it’s safe to assume that Zoa will not leave the island now.

Read More: Welcome to Eden Ending, Explained: Who is Isaac?