As the title suggests, Investigation Discovery’s ‘Fear Thy Neighbor’ is a series that documents those bewildering cases wherein seemingly petty feuds between neighbors genuinely go too far. We don’t mean just threats or vandalism here; we mean actual revenge, violent assaults, and maybe even murder, all in a fit of rage that could’ve probably easily been avoided. Thus, of course, its season 5 episode 10, aptly entitled ‘Family Values,’ examining the death of Donald Harrington is no different. So now, if you wish to learn all the details concerning the same, here’s what we know.

How Did Donald Harrington Die?

At the age of 43, Donald Lee Harrington of Waterloo, Iowa, could’ve only been described as a family man, an active community member, and a hard worker through and through. After all, not only had he completed welding training at the Hawkeye Community College in the area, but he was also a married (since 1993) father of five — three sons and two daughters — as well as a grandfather of two. However, everything changed on August 14, 2015, when he lost his life at the Covenant Medical Center after being shot three or four times following an unexpected confrontation with a neighbor.

The undeniable fact of this entire matter is that Steve William Fordyce of Denver, Colorado, knowingly pulled the trigger on Donald Harrington on the fateful summer evening. According to court records, the former was in Iowa in August 2015 with his two 6-year-olds to visit his sister, who happened to be the Harrington family’s next-door neighbor on the corner of West First Street and Locust Street. What stirred the whole situation was his children throwing fruit snack wrappers over the property line fence, which allegedly aggravated Donald to such an extent that when he saw Steve later, he “flipped the bird.” 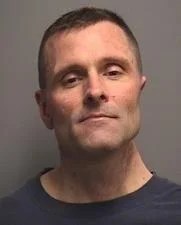 This gesture took the Denver native by complete surprise, leading him to make a questioning gesture from inside the truck he was getting ready to drive off, compelling Donald to approach him. The latter reportedly then went as far as to try and open the locked vehicle door and say something along the lines of “Come on. You want to go?” before Steve chose to just take off. However, he made a U-turn within mere moments to return to his sister’s, where he recounted what had occurred, only spurring her and a family friend to confront the Harringtons instantly, which went downhill.

Steve followed his sister and the acquaintance after ensuring that his kids were safe, making Donald approach him again, but this time it was face-to-face. As per court records, Steve had a license to carry weapons, so he had one on his being that he took out once Donald charged at him after saying things like, “it’s over with,” “[I’ll] f**king kill you,” and “go ahead, go ahead.” In other words, as the 43-year-old came at Steve, the latter drew out his handgun and opened fire, striking the former until the bullets made him fall to the ground.

Only then did the 37-year-old Denver native walk back to his vehicle, where he placed his weapon in the glove compartment and waited for the police to arrive. Steve was actually charged with first-degree murder, yet he entered a not guilty plea, waived his right to a jury trial, and then maintained the notion of self-defense. Ultimately, his bench trial resulted in him being convicted of the lesser charge of voluntary manslaughter, meaning that he received a sentence of up to 10 years behind bars. Steve apologized for his actions during his sentencing.

Where is Steve Fordyce Now?

Steve Fordyce appealed his case under Iowa’s 2017 stand-your-ground law by still claiming self-defense, yet it was upheld in early 2020, with the Supreme Court noting, “There were no physical barriers to Fordyce retreating.” With that said, though, he is not currently in prison because he was paroled in 2019, and even his probation seemingly came to an end around the same time as the high court’s verdict. Therefore, today, Steve is ostensibly a free man who works as a handyman and continues to reside in Waterloo, Iowa, alongside his partner and children.