Where Are Donna Summers and Walter Nix Now? 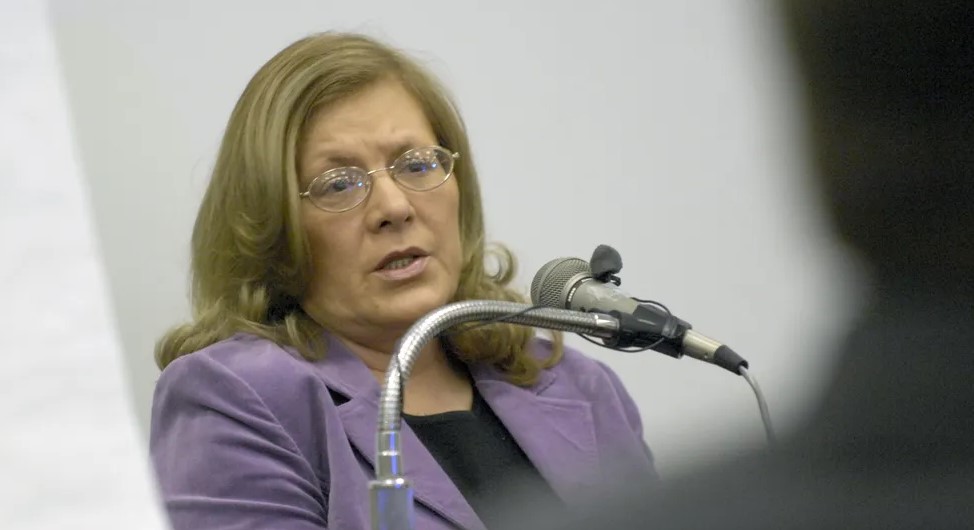 Netflix’s ‘Don’t Pick Up The Phone’ takes the viewer through a series of hoax calls between 1992 to 2004, which targeted several restaurants and grocery stores around the United States. In each call, a person posing as a police officer convinced the manager that one of their employees had been accused of stealing from customers. Subsequently, the managers were ordered to sexually abuse or strip-search a specific employee until the man on the phone was satisfied. On April 9, 2004, a Mcdonald’s restaurant in Mount Washington, Kentucky, received a call of similar nature ordering assistant manager Donna Summers to conduct a strip search on her employee, Louise Ogborn. Surprisingly, halfway through the call, the person on the phone even asked Donna’s fiance, Walter Nix, to be involved in the search. While the incident eventually forced Louise to sue McDonald’s, let’s find out where Donna and Nix are at present, shall we?

Who Are Donna Summers and Walter Nix?

Donna Summers and Walter Nix, both residents of Mount Washington, Kentucky, were engaged and about to tie the knot at the time of the hoax call. While not much is known about Walter Nix’s profession or early life, reports claim that Donna, who served as the assistant manager at the Mount Washington Mcdonald’s, also co-owned the establishment alongside Kim Dockery. People who knew Donna and Nix described them as an everyday American couple who were happy with each other and looked forward to starting a life together. While the pair did not have any criminal history, Donna was known to be a considerate assistant manager,  which made the incident all the more shocking.

On April 9, 2004, a man called the Mount Washington Mcdonald’s and identified himself as police officer Scott. Scott claimed his department had received a complaint from a customer who insisted that a young white woman employed by the establishment had stolen some of his belongings. Donna profiled her employees and concluded that eighteen-year-old Louise Ogborn was the one who fit the caller’s description. Hence, on Scott’s instruction, Louise was called to the office and offered the choice between a strip search at the police station or one inside the restaurant premises.

Interestingly, reports mention that Donna convinced Louise to agree to a strip search inside her own office and proceeded to do whatever the caller described. At one point, she claimed that she had to attend the counter, following which the caller asked her to put someone she trusted in charge. Subsequently, Donna called her fiance, Nix, and had him come down to the restaurant before leaving him alone in a room with Louise. Horrifyingly, the CCTV footage that captured the incident showed Nix beating, abusing, and even forcing Louise to perform sexual acts on the caller’s orders. Eventually, once the caller asked for Nix to be replaced, Donna called the maintenance man, Thomas Simms, who immediately saw through the hoax and disconnected the call before informing the police.

Naturally, eighteen-year-old Louise was left traumatized by the incident, and while Donna claimed that she believed a Mcdonald’s corporate employee was present with the policeman on the phone, there was no evidence to support her statement. In fact, Donna’s boss insisted that she was sleeping in her house at the time of the strip search and hadn’t spoken to an officer of the law. On the other hand, one of Nix’s friends came forward and claimed that Nix had called him immediately after leaving the restaurant and revealed that he had something horrible.

Where Are Donna Summers and Walter Nix Today?

Unfortunately, the incident left a lasting effect on Louise Ogborn as she was forced to battle Post-Traumatic-Stress-Disorder and depression. Although the eighteen-year-old underwent therapy and medication to treat her condition, she ultimately had to let go of her aspirations to attend the University of Louisville. On the other hand, Donna was filled with regret after the incident, and once she realized what Nix had done, she immediately broke off her engagement.

In the meantime, the police traced the unknown caller to Panama City, Florida, and ended up arresting a jail worker by the name of David Stewart. Hence, when Nix was arrested and charged with sodomy, authorities offered him a plea deal for a reduced sentence in exchange for testifying against David. Nix immediately accepted the deal and was sentenced to 5 years in prison in 2006. Likewise, in the same year, Donna submitted an Alford guilty plea to a charge of unlawful restrainment and was given a year of probation. Moreover, Mcdonald’s fired Donna for going against company rules, although the suspected caller, David Stewart, was acquitted of all charges in 2006.

In 2007, three years after the incident, Donna Summers sued Mcdonald’s for $50 million, claiming that the company knew about the hoax calls but failed to warn her in time. Donna even won the lawsuit as Mcdonald’s was asked to pay her $1.1 million in damages, an amount that was reduced to $400,000 upon appeal in 2009. However, since then, Donna has embraced privacy and prefers to live under the radar. She even maintains a limited presence on social media, but from the looks of it still resides in the state of Kentucky. On the other hand, Walter Nix has since been released from prison and is currently based in Pathfork, Harlan County, Kentucky.