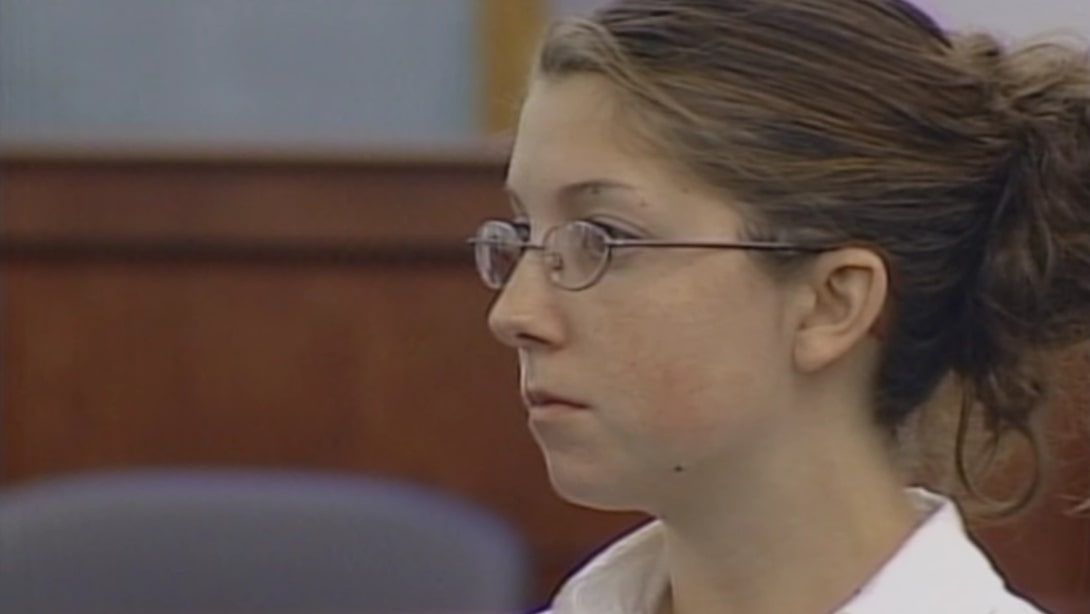 As a Netflix original that charts the way a hoax caller managed to convince the supervisors of fast food businesses to strip-search their employees, ‘Don’t Pick Up the Phone’ is simply haunting. After all, not only were these incidents multiple as well as multifold, but they reportedly also spanned more than 30 states across the US over a period of at least 12 years, starting around 1992. There were thus several unfortunate, randomly targeted victims, including Louise Ogborn — so now, if you wish to learn more about her, her ordeal, and its aftermath, we’ve got the details for you.

Who is Louise Ogborn?

It was April 9, 2004, when 18-year-old Louise was directed into the back office of the McDonald’s she’d gladly joined in Mount Washington, Kentucky, after her mother had lost her own stable job. The churchgoing former Girl Scout’s sole intention was to financially help out her family, which is why she always abided by the hard-working, honest values instilled in her from an early age. However, the high school senior could’ve never imagined these military background qualities would prove futile within four months of her employment as she’d be accused of being a drug-dealing thief. 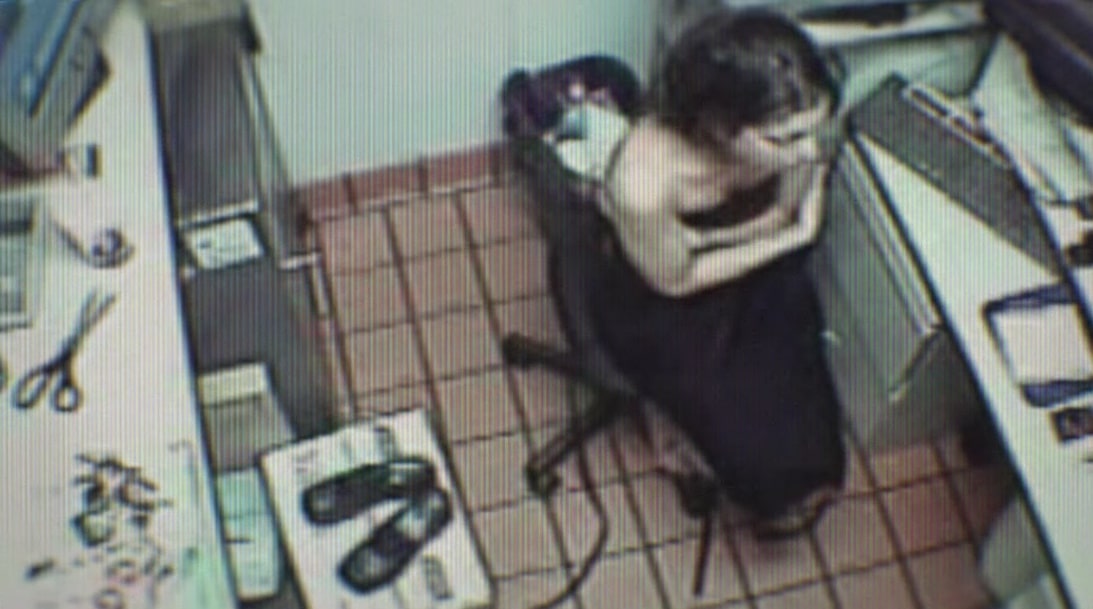 According to reports, a man claiming to be “Officer Scott” had phoned the store shortly following 4 pm and connected with assistant manager Donna Summers regarding a severe criminal offense. He described someone whose appearance matched Louise’s to a T and explained they’d stolen a customer’s purse before offering to have them searched right there or at the station upon arrest. The scared, devastated teen ostensibly complied with the former option despite being extremely uncomfortable since she knew they wouldn’t find anything because she was utterly innocent.

Louise was actually asked to remove every single item of clothing she was wearing one by one in Donna’s office while the “officer” patiently stayed on call, clarifying matters, yet it didn’t end there. Even as it became clear she possessed no stolen goods, she was ordered to remain naked, spread herself, and perform a few physical exercises to ensure she wasn’t hiding anything in her crevices. “I was bawling my eyes out… because I didn’t do anything wrong,” she later said in a deposition. “I couldn’t steal — I’m too honest. I stole a pencil one time from a teacher, and I gave it back.” 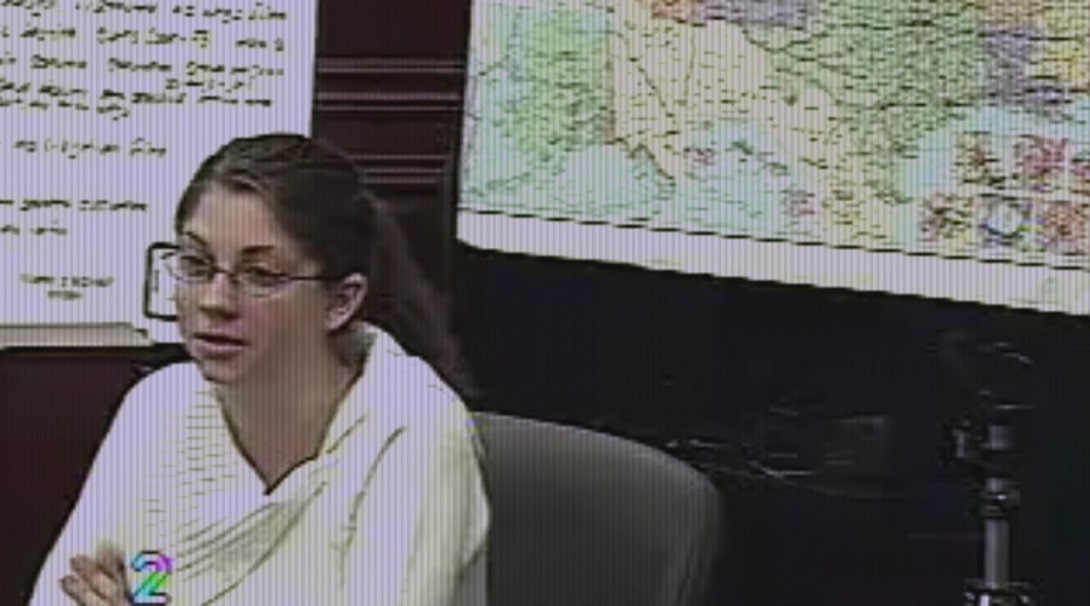 As if this wasn’t enough, after nearly an hour, Donna called her fiance Walter Nix Jr. into the establishment to help with the situation at the caller’s behest since she had to return to the counter. By this point, both Louise’s clothes as well as her car keys had been taken away, and she was covered in nothing but a tiny black apron for decency, making her feel as if she could not leave at all. The worst part, though, is that over the next two hours, the “officer” somehow persuaded Walter to have her sit on his lap, kiss, spank her until she turned red, and then perform oral sex on him. Only once all this was done did they realize the call couldn’t possibly be real.

Where is Louise Ogborn Now?

Louise was detained for a total of 3½ hours before the reality dawned on her assistant managers, yet it was already too late — the 18-year-old had been physically, sexually, and mentally assaulted. The fact Donna had played a role in her horror and Walter had gone to extremes meant they were both equally culpable as the caller, even if they believed they were following orders from an authoritative figure. It didn’t matter that they were falsely told she was a thief plus a possible drug dealer whose home was being searched as they spoke; they had no right to treat the teen in the way they did. Walter leaving as soon as the sexual act was over didn’t help either.

As for Louise, the incident traumatized her to such an extent that she not only had to undergo therapy and take medication, but it also became genuinely challenging for her to build friendships. She admittedly couldn’t “allow anyone to get too close to her” and went as far as to abandon her plans to pursue further studies at the University of Louisville as a pre-med student because she just needed a long break. However, as 2007 rolled around, the then-21-year-old garnered enough courage to speak her truth while still attending sessions to treat her PTSD — she filed a $200 million lawsuit against Mcdonald’s.

In her claim, Louise alleged that McDonald’s failed to protect her by not taking the appropriate action of warning their employees (at all levels) of such a hoax call despite being well aware of it. That’s because, as per court records, the fast food chain had first been subjected to such an incident as early as 2002 and had then faced several others spanning around four different states.

Louise’s case actually went to trial in the fall of 2007, eventually resulting in her being awarded $5 million in punitive damages plus $1.1 million in compensatory damages and expenses. McDonald’s subsequently appealed this verdict, driving her to settle with them by completely leaving behind her claim for punitive damages in 2010 in an attempt to move on from the past for good.

Coming to where Louise is today, from what we can tell, the mid-30-year-old Taylorsville, Kentucky, native has since managed to create a good life for herself. She’s happily married to the Owner-Operator of Xterior Solutions, Jason Bolin, with whom she seemingly shares two beautiful daughters and an adorable pet dog. If we’re being honest, she appears perfectly content with her life at the moment, which is all that matters.

Read More: Where Are Donna Summers and Walter Nix Now?