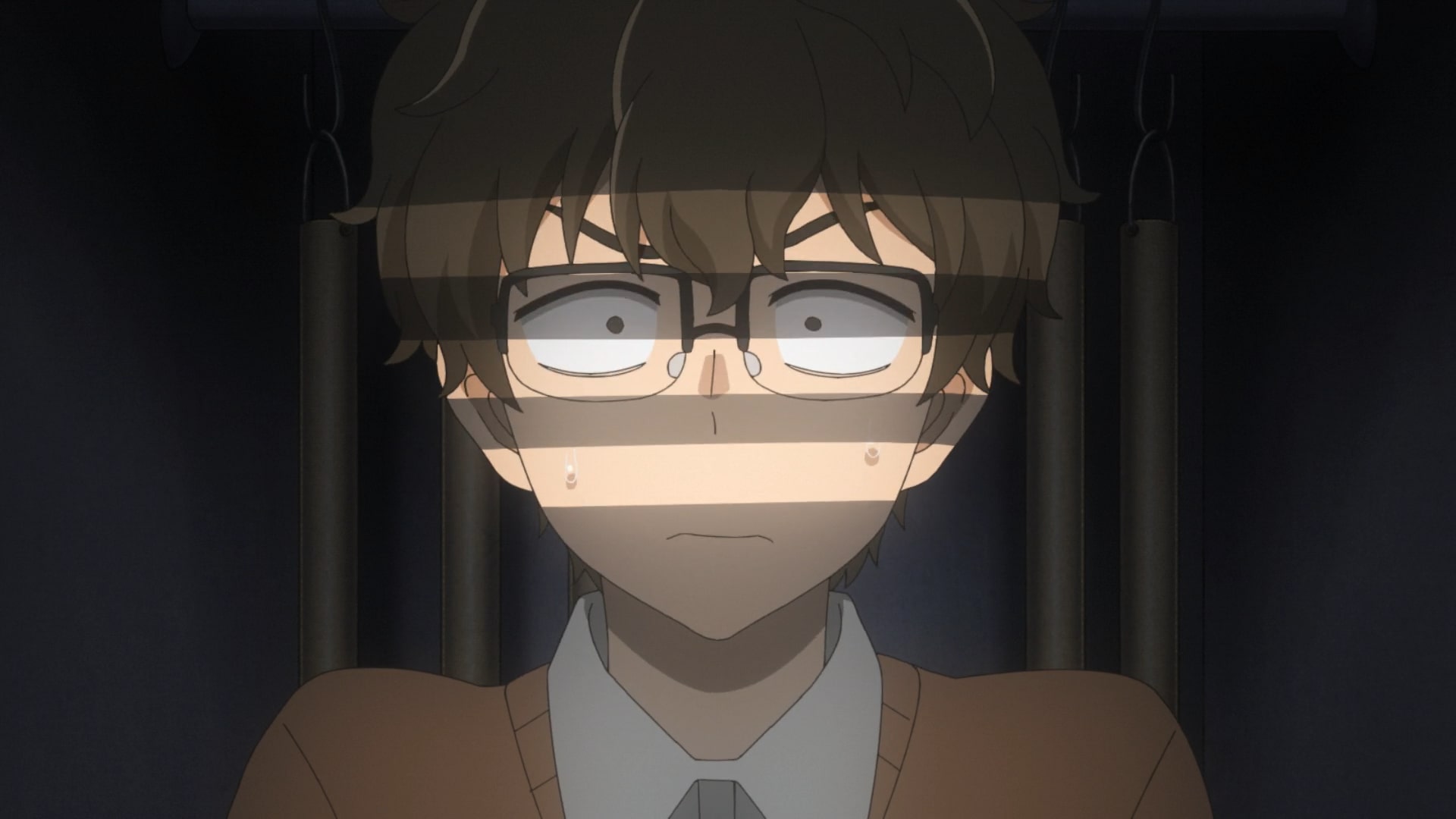 Just like any other ordinary day, Hayase Nagatoro is hanging out with her senpai in the club room while he is busing drawing something. That’s when she gets a message from her friends who wants to have a girl talk. After she leaves, Naoto notices that she has forgotten her mobile on the sofa and decides to find her. When he eventually finds her class, he notices Maki and Yoshi walking toward him. Naoto turns back and walks in the opposite direction only to realize that some of Nagatoro’s friends are coming from that direction too. 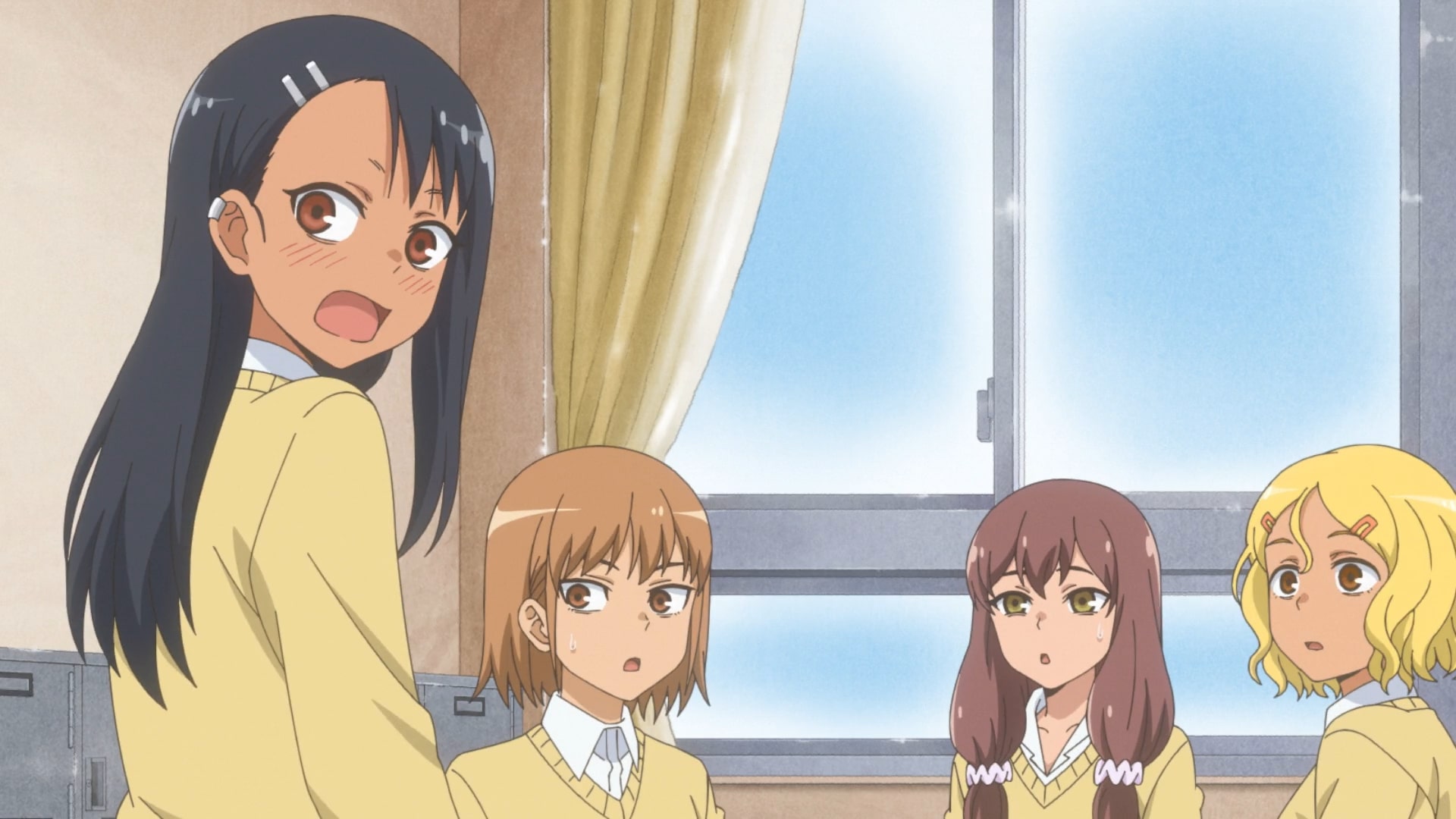 That’s when he realizes that Hayase is also with them and in order to avoid everyone he hides in the common locker of one of the classrooms. It turns out that he went through all the trouble to eventually end up in Nagatoro’s classroom. Hayase and her friends soon arrive in the room and start having a conversation about the sort of boys they are into. When it is finally Nagotoro’s turns she mentions that she would prefer a boy who she can hang out with, which seems like an allusion to her senpai. This startles Naoto who ends up moving just enough to draw everyone’s attention to the locker.

Although Hayase is shocked to find him there, she helps him get out of her classroom without drawing any attention. When she enquires if Naoto heard her response, he runs away unable to look Hayase in the eye. Later that evening, Naoto trains a little for the upcoming marathon and slightly twists his leg. Although he feels good enough to compete the following day, things do not turn out as expected. While running with Hayase and her friends, he notices the club President running past him in a bunny dress. 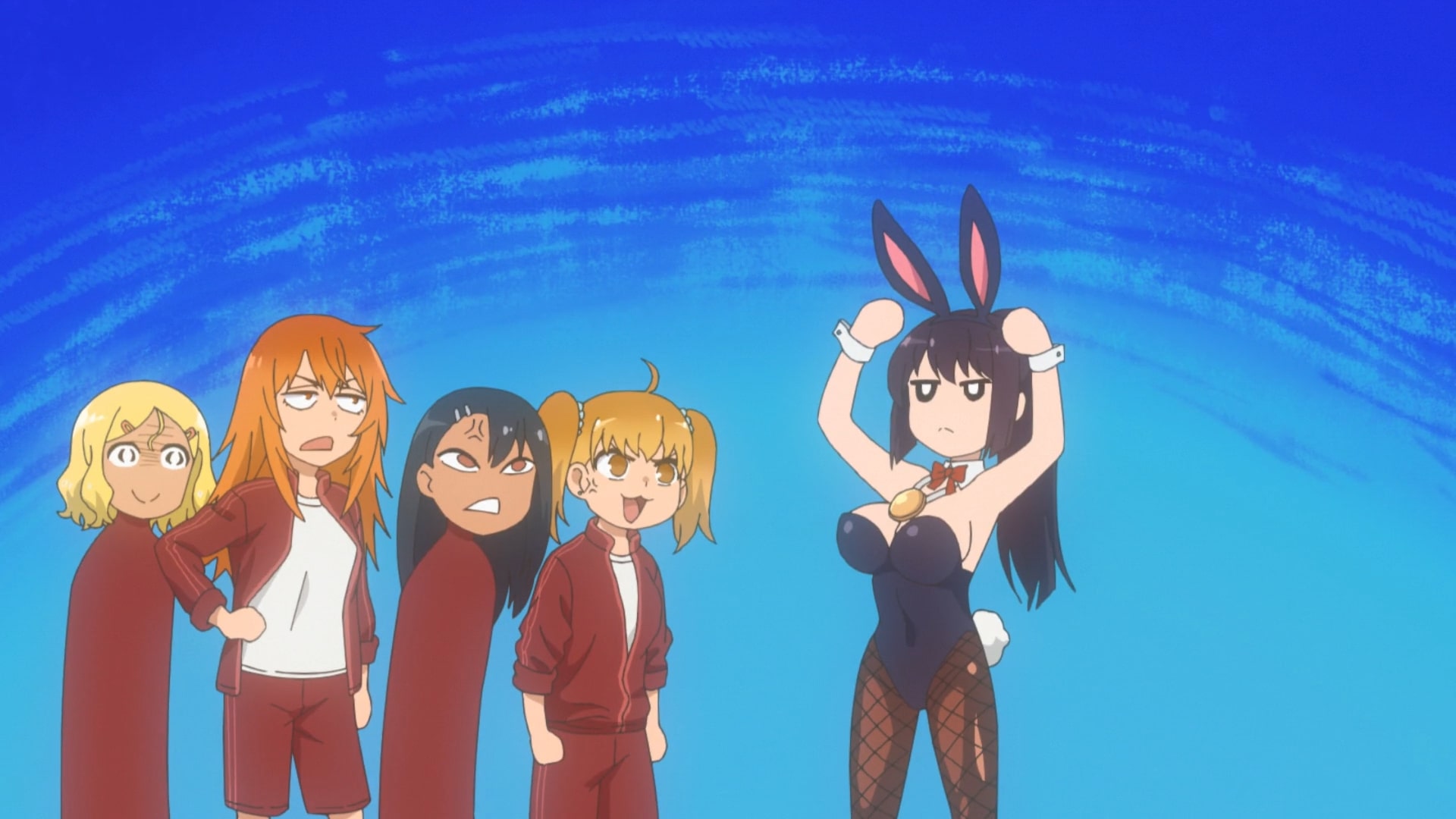 Naoto knows that he is not good enough to compete with her and does not even wish to try. But Hayase and her friends motivate him to do it. Unfortunately, he injures his legs to the point that he can barely walk. But Hayase does not want him to give up so easily and offers him a piggyback ride to keep him in the competition. Soon her friends join her too and they try their best to beat the President. Although they overtake her eventually, Naoto gets disqualified as soon as one of the teachers notices that he is being carried by others.

Don’t Toy with Me, Miss Nagatoro Season 2 Episode 3 Ending: Why Does Nagatoro Stop Hanging Out With Naoto?

Following his disqualification in the marathon race, Naoto returns to his ordinary life and spends more time in the club room working on his artistic abilities. However, he then notices that Nagatoro has completely stopped visiting him for two days straight, which is strange since she usually hangs out with him every day. Naoto starts freaking out because she now feels that he is creepy because of the locker incident that happened before the marathon. 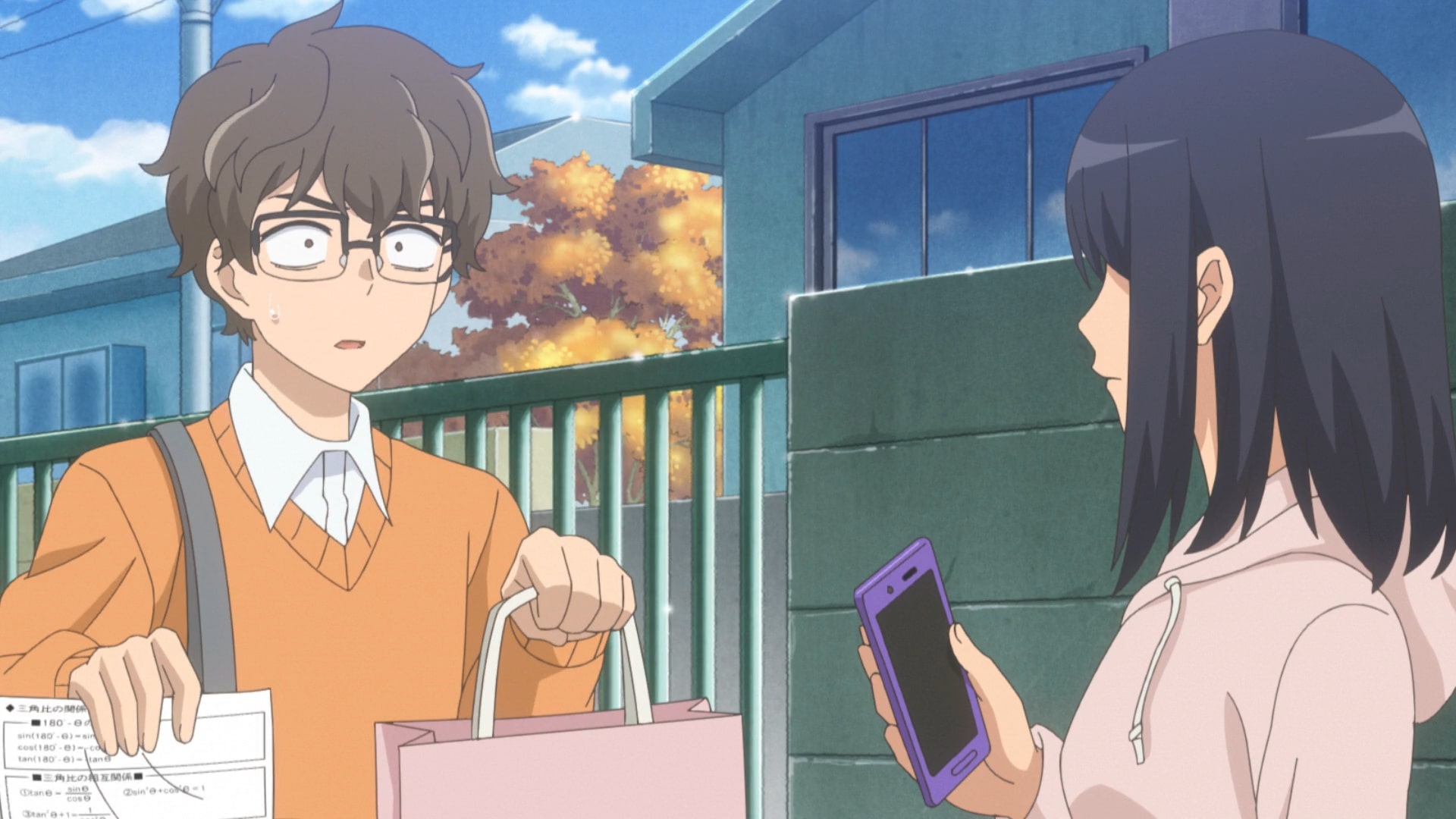 But he still decides to go and have a talk with her directly. Before he gets to her class, he comes across Yoshi and Maki. They tease him a bit about Nagatoro and then inform him that she has cold for the last two days because of which she has stopped coming to school. Naoto naturally gets a bit worried for her. Maki hands over mathematics assignments to him so that he can give them to Nagatoro. Later that day, Naoto buys a gift for his friend and visits her house.

But when no one answers the doorbell, he gets worried that Nagatoro may have fainted. That’s why he decides to peek through the window, which turns out to be a huge mistake. His friends’ older sister Misaki takes a picture of him and threatens to report him to the police. Naoto luckily manages to explain to her that he is Hayase’s senpai following which Misaki starts teasing him.