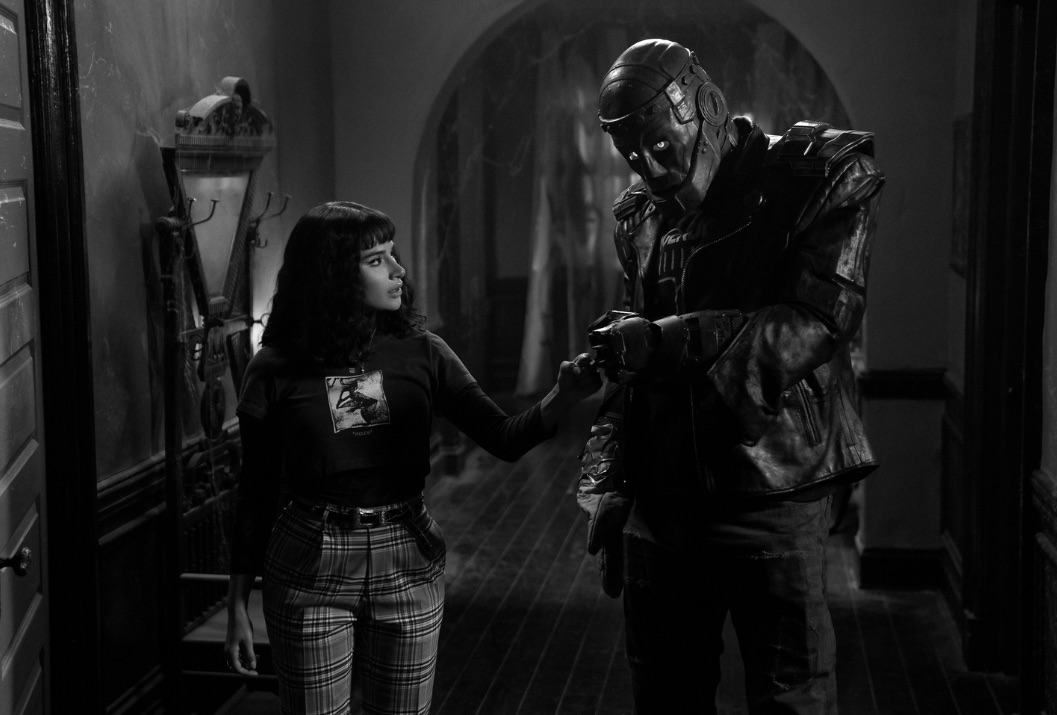 HBO Max’s ‘Doom Patrol’ follows the misadventures of a group of superheroes who face even more difficult challenges in the fourth season. Following the change in leadership in the first two episodes, the third episode introduces new characters into the mix, giving the Doom Patrol a new set of villains for the season. By the end of the episode, the group finds themselves in another mess, when they just thought they’d gotten out of one. Things are going to get more dangerous and more interesting for them now. Here’s what the ending means for the Doom Patrol. SPOILERS AHEAD!

Rita drowns her sorrows of being replaced by Madame Rouge as the team leader by watching old movies. Her spirits are lifted when she discovers that there is a retrospective event of her Hollywood career in Cloverton. She is delighted to find that she is being celebrated, especially when her own team members are not giving her the respect they should.

Once at the theatre, Rita finds out that she is the only one at the event. She starts watching her own movies but then is transported into them by some dark force. In an effort to build the bridge between them, Rouge makes Jane, Cliff and Larry go to see Rita’s movie with her. But she realizes that something is terribly wrong. While she flies away, the other three are caught up in the same spell that took Rita and finds themselves inside her movies.

Meanwhile, Vic is reunited with his old gang. While he tries to act normal, the awkwardness between them is unavoidable. The last they’d seen each other was years ago when Vic transformed into Cyborg and became a superhero. Now, he is back to his normal self, but too many years have passed and he has missed too much. He realizes that it will take some time for him to reacquaint himself with the people that he used to know. He’d abandoned that life before and it won’t come back to him so easily.

This episode begins with the entire Doom Patrol trying to figure out their own problems. Cliff is still dealing with the fact that he can feel with his hands, and by far, he has only used that hand to kill people. Jane struggles to find a new purpose for herself after it becomes clear that Kay can take care of herself and wants the personalities like Jane to not be dependent on her anymore. Larry is still separated from Keeg and is wondering why he is always left alone. Rouge is still trying to find her place in Doom Patrol, and she knows that it starts with mending her relationship with Rita.

They are made to forget these problems when they find Rita in trouble. They are caught up in an alternate world where they are made to live as characters in Rita’s movies. Here, Larry meets a mysterious man, who calls himself Mr. 104 (for the elements of the periodic table), who claims that he too is stuck in the world of Rita’s movies just like them. He reveals that Rita is in danger because Dr. Janus wants something that only Rita has.

Back at the Doom Mansion, Rouge finds a file on Dr. Janus, which reveals that the supervillain has the power to control reality. It is this power that she has used to trap Rita and the others in the world of their movies. Because almost everything in the file is blacklisted, Rogue is unable to figure out how to defeat Dr. Janus, but luckily, she is not the only one at the Doom Mansion. Keeg is still out there, and once he discovers that Larry and the others are in danger, he shows up just in time to save the day.

Before Keeg arrives, it is revealed that Mr. 104 is actually on Dr. Janus’ side. He helps the doctor trap Rita’s friends, and in trying to rescue them, she digs into her emotions, which is what the doctor apparently wanted. It isn’t explained why specifically Rita’s emotions were needed, but it is clear that the doctor plans to use them to resurrect Immortus, the very villain that Shipley had talked about at the end of the first episode.

While Dr. Janus leaves Rita on the brink of falling into a fiery pit, Mr. 104 stays behind. Instead of making things more difficult for her, he tries to save her. But before we can find out what exactly his motive is, Keeg arrives. He tears away the fake reality, freeing the members of the Doom Patrol. However, instead of going back to Larry, he blasts into Mr. 104. It remains to be seen how that will affect the new supervillain, but the main concern, for now, is Rita.

It looks like Dr. Janus powered something with Rita’s emotions, if not taking them away entirely, and this is something that Rita didn’t recover from. Even with the reality torn away, Rita remains unconscious. She doesn’t wake up, unlike the rest of her friends. Does it mean that she is gone for good? Definitely not. However, it does put a huge question mark on what the future entails for her.

It took a lot of time for Rita to process her emotions over the various seasons, especially when it came to making peace with her own powers. It is curious why Dr. Janus targeted only Rita for what will undoubtedly lead to the rising of Immortus, but it doesn’t bode well for the former actress, who had already been struggling with what she felt was a betrayal on the part of her team. Most likely, her emotions are gone and she will wake up as a person who doesn’t feel anything, making it difficult for her team to reconnect with her. It might also reveal a new side of Rita to them, but with the next supervillain on the way, this isn’t something that the Doom Patrol can afford to have on their plate right now.