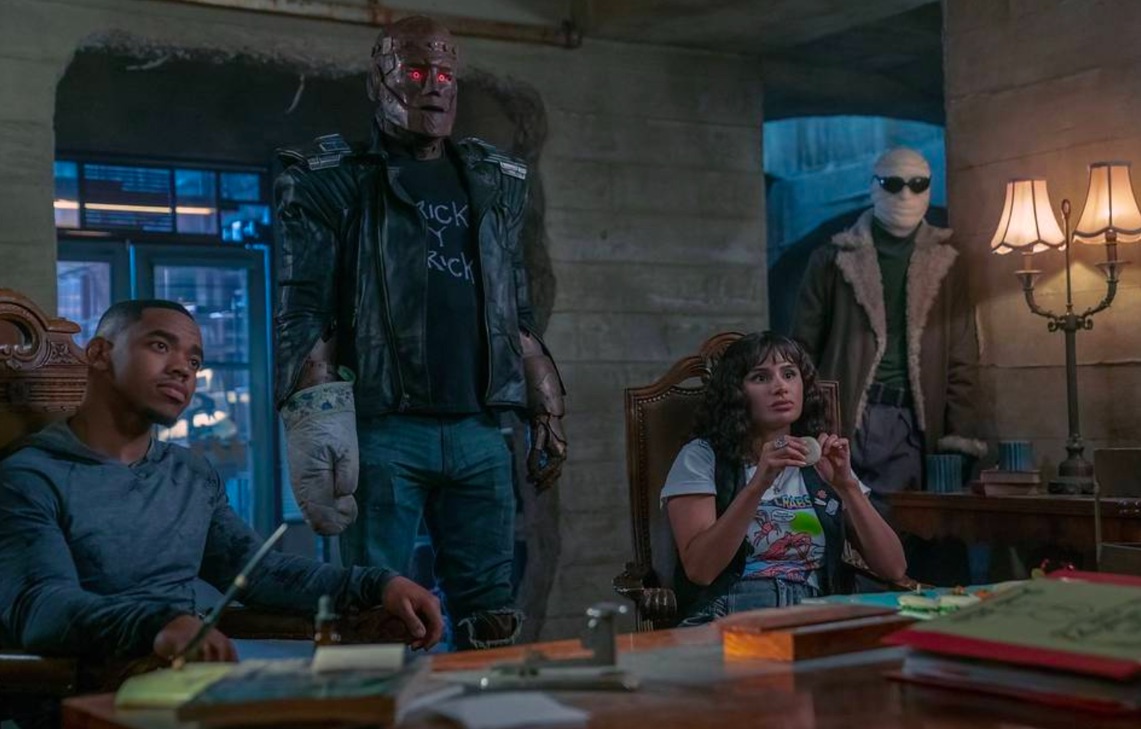 HBO Max’s ‘Doom Patrol’ is one of the weirdest shows on TV right now. Set in a world where superpowered humans and time travel are possible, the show uses every opportunity to stretch the bounds of its imagination. Rather than sticking to the usual set of supervillains that still appear in other superhero movies and TV shows, ‘Doom Patrol’ keeps its audience on their toes by bringing the most absurd things into focus. Another such thing is introduced in the fourth season when the Doom Patrol uses jellyfish as a cover for their amnesia problem during time travel. If you are wondering how that works, we’ve got you covered. SPOILERS AHEAD

Why Does Doom Patrol Use Jellyfish While Time Travelling?

Time travel is a repetitive plot device in ‘Doom Patrol’, and in the third season, it is revealed that temporary amnesia is its side effect. It causes a lot of inconveniences, especially when the team has to time travel to fight villains. If they don’t remember why they traveled in time, how can they possibly win the mission? To counter that problem, they come up with a solution that works wonders. They wear jellyfish on their head during the journey and it keeps their memory intact. How does that work?

Anything is possible in ‘Doom Patrol’, where only the mind is the limit. In a show where there are things like zombie butts, it is usually meaningless to explain why a certain thing happens as opposed to something else. The case of the jellyfish falls into the same category, more or less, especially considering that it is used to protect memories when jellyfish don’t even have brains. Perhaps, the writers used it as a gag. Still, there are a few things about it that make it a very interesting creature.

The connection of jellyfish to protecting memories might have come from the fact that a jellyfish protein, called Apoaequorin, is used in certain supplements that claim to boost memory. Extracted from Aequorea victoria species of jellyfish, this substance is believed to improve the functioning of the nerve cells, which can, in turn, help with memory. However, these claims have been debunked over the years. In 2017, as reported by NBC News, Quincy Bioscience’s supplement Prevagen, which has the jellyfish protein and was advertised as a memory booster, received pushback from the medical community, especially considering that the supplement had not been approved by FDA’s formal drug approval process.

As of now, there is no concrete evidence that can prove that anything from the jellyfish can help a person improve their memory. Still, it is possible that ‘Doom Patrol’ took this small detail, which didn’t need to have been proved in its universe, and used it to solve its time travel problem. Given the sheer nature of unimaginable things that happen in the show, one can let this scientific inaccuracy slide. There is, however, another thing about a certain type of jellyfish that makes it a relevant creature to the show.

The events of ‘Doom Patrol’ were kickstarted by Niles Caulder aka the Chief, who wanted to find a way to become immortal. He never succeeded in this endeavor, but the jellyfish Turritopsis dohrnii has been cheating death for a long time. Called “biologically immortal”, this jellyfish has the ability to revert to an earlier stage in its life cycle to avoid death. Whenever there is a danger to its life, it turns into a blob of tissue which then, once again, goes through the natural cycle of life. In short, when it is about to die, it turns itself back into a baby and starts its life all over again. While it can still be killed by predators and other factors, this unique ability of the jellyfish allows it to cheat death repeatedly. This is something that the Chief could have learned a great deal from to escape death in his own case.

Read More: How Did The Chief Die? Did Timothy Dalton Leave Doom Patrol?