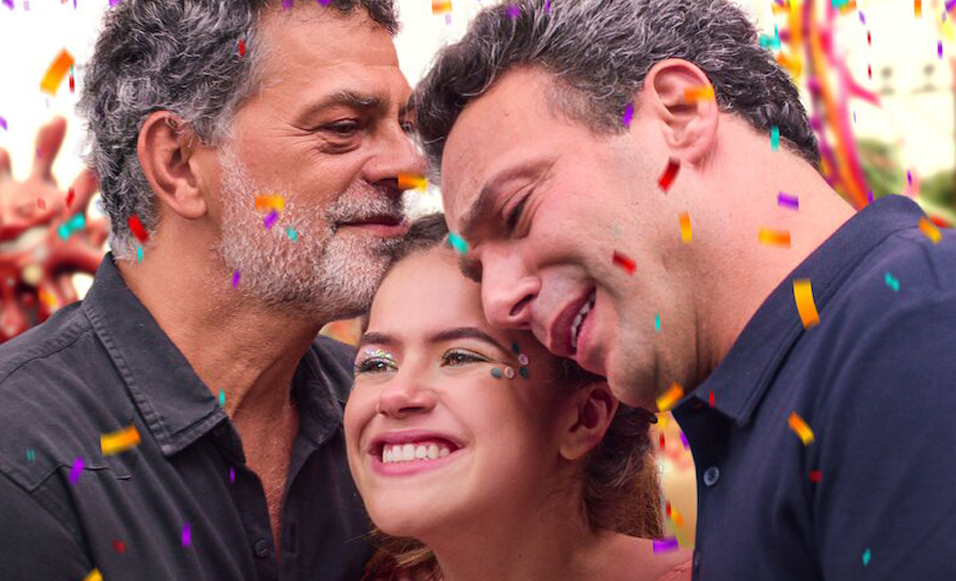 Directed by Cris D’Amato (‘A Sogra Perfeita’), ‘Double Dad’ is as warm and nice as a cup of hot chocolate on a cold night. The Brazilian family-comedy film revolves around a young girl’s search for her father. In her journey, she meets not one but two possible candidates and subsequently grows close to both of them. The remarkable performances from the three main actors drive the plot forward, while vibrant cinematography and crisp editing ensure that there is not one dull moment in the film. Of course, the film has some similarities with ‘Mamma Mia!’, but it makes up for the unoriginality with its earnestness. SPOILERS AHEAD.

Vicenza Shakti Pravananda Sarahara Oxalá Zalala da Silva (Maisa Silva) has lived the first 18 years of her life without knowing her father’s identity. Her mother, Raion (Laila Zaid), brought her up in a counterculture community. Vicenza has asked her mother multiple times about her father, only to be told time and again that she isn’t ready. On her 18th birthday, she raises the question once more. Predictably, her mother doesn’t answer.

But fate seems to have other plans for our protagonist. After her mother leaves for India in yet another spiritual quest, Vicenza finds an old photograph of her mother with a man named Paco (Eduardo Moscovis) and deduces that Raion and this mysterious man were together when she was conceived. Realizing that Paco can be her father, Vicenza sells her bike and purchases a one-way ticket to Rio de Janeiro. 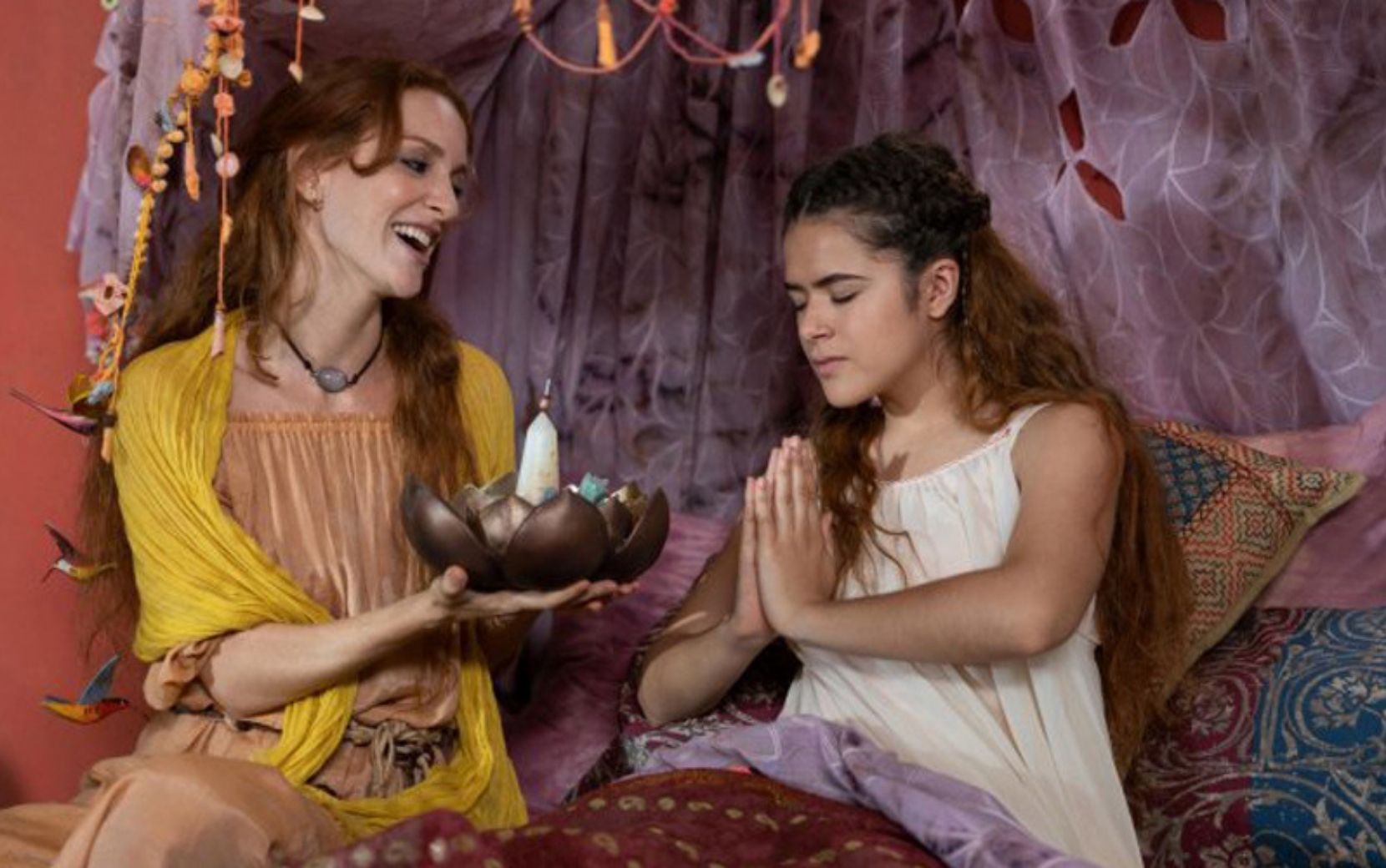 Vicenza’s first meeting with Paco, a scruffy and burnt-out artist, doesn’t go as planned. But there is an instant connection through their mutual love for painting. Paco makes sure that she will have a roof over her head while she is in Rio by taking her to his friend Arthur’s (Roberto Bonfim) home, where she formally meets Cadu (Pedro Ottoni), a boy of her age whom she saw earlier in the streets. Cadu, his sister Betina (Rayana Diniz), and others are throwing a party for Arthur’s troupe of performers. Vicenza quickly proves her value to other young adults by demonstrating how versatile and talented she is. She not only sews their sign but also fixes the sink at Arthur’s home.

When everything seems to be going well with Paco, Vicenza finds some photographs of her mother with another man from the same time period. Arthur informs her that this man’s name is Giovanne (Marcelo Médici), who is now a successful financier. Giovanne can potentially be her father as well. So, she visits him and forms a strong bond through their mutual love for cooking. She has spent her entire life without a father, and now, she has two. She realizes that she isn’t willing to let go of either of them.

Double Dad Ending: Who Is the Real Father?

Paco and Giovanne used to be friends when they were younger. But then, life happened, and they drifted apart. In the intermediate period, Giovanne has undergone a divorce, while Paco is struggling with his creativity. The financier couldn’t be more different from the artist. And yet, both of them develop fatherly sentiments for the curious, talented, and brilliant protagonist.

When Vicenza finds out that there is a chance that Giovanne can be her father, she fully intends to tell Paco but stops herself when Betina advises her against it. Vicenza decides to spend time with both Paco and Giovanne. She is definitely aware that this is selfish, but her actions are driven by her desire to experience the form of love that has been denied to her for so long.

Because of Vicenza’s presence in his life, Paco starts painting again. He gets an offer to show his work at an exhibition in New York. Although he asks Vicenza to come with him, she declines as the parade she is planning with Cadu and others is slated to happen on the same day. Vicenza also has to decline Giovanne’s offer to accompany him and his two stepsons to Disneyland on the same day.

When Paco and Giovanne discover the truth, Vicenza is as hurt as them. But at that moment, the two men justifiably overlook that and leave. Heartbroken and distraught, Vicenza lashes out at the well-meaning Cadu. She shuts herself in a cage of her own making and decides to go back to her community. As an apology and parting gift, she messages a song (‘Partilhar’ by Anavitória and Rubel) to them.

But she previously ordered a DNA test to find out who the biological father is. The result arrives right at the moment when she is preparing to leave. The situation becomes even more complicated with her mother’s arrival, who flew back when she was told that Vicenza had left the community. Her time in India has changed her in ways that neither she nor Vicenza expected. She finally accepts the fact that her daughter has every right to know who her father is.

Although they have important commitments on the day, Paco and Giovanne show up at the parade, proving to Vicenza how much they both care for her. She reveals the result of the DNA tests to them, admitting that neither of them is her biological father. But Vicenza recognizes that fatherhood is much more than blood ties. It’s also the willingness to shoulder responsibilities, often at the expense of one’s own interest. In this regard, both men have established their worth.

Riaon gives Vicenza an envelope in which she wrote everything the young girl needs to know about her father. Raion then candidly reveals that she approached the father with the news of her pregnancy, but he made it clear that he didn’t want to get involved. This clears one of the misconceptions that Vicenza had about her mother. Riaon didn’t hide her pregnancy from the father. He just chose to ignore it. Now, Vicenza has an option to know who he is, but she decides that it doesn’t matter any longer. She now has two fathers in her life who loves her unconditionally, and that is quite enough. She shreds the envelope, all ready to begin a new chapter in her life.

Will Vicenza Ever Want to Know the Truth about her Biological Father? 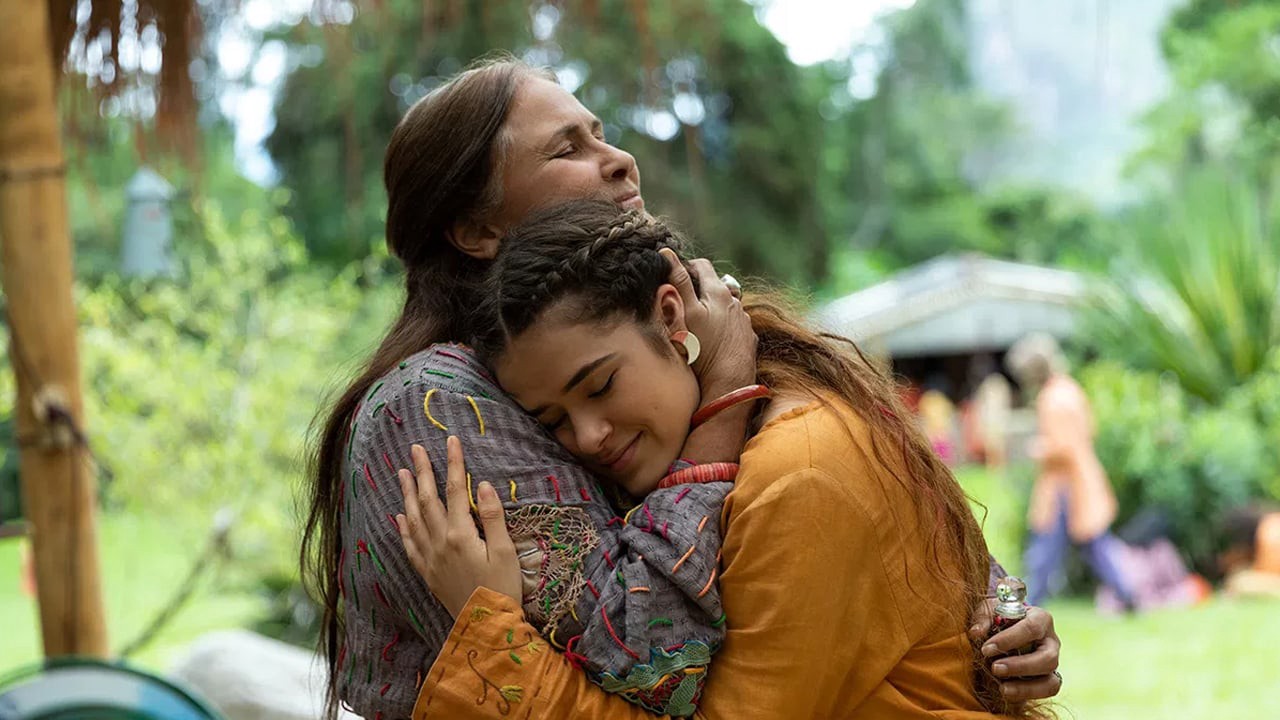 She might, someday. She can always ask her mother, who will likely answer her. Nothing is permanent in life. She is only 18 years old, after all. She will grow up even further and might decide someday that she really needs to know the truth. Until then, she has Paco and Giovanne, the men who are her fathers not by biology’s compulsion but by choice.