Double Dragon From AGT: Everything We Know 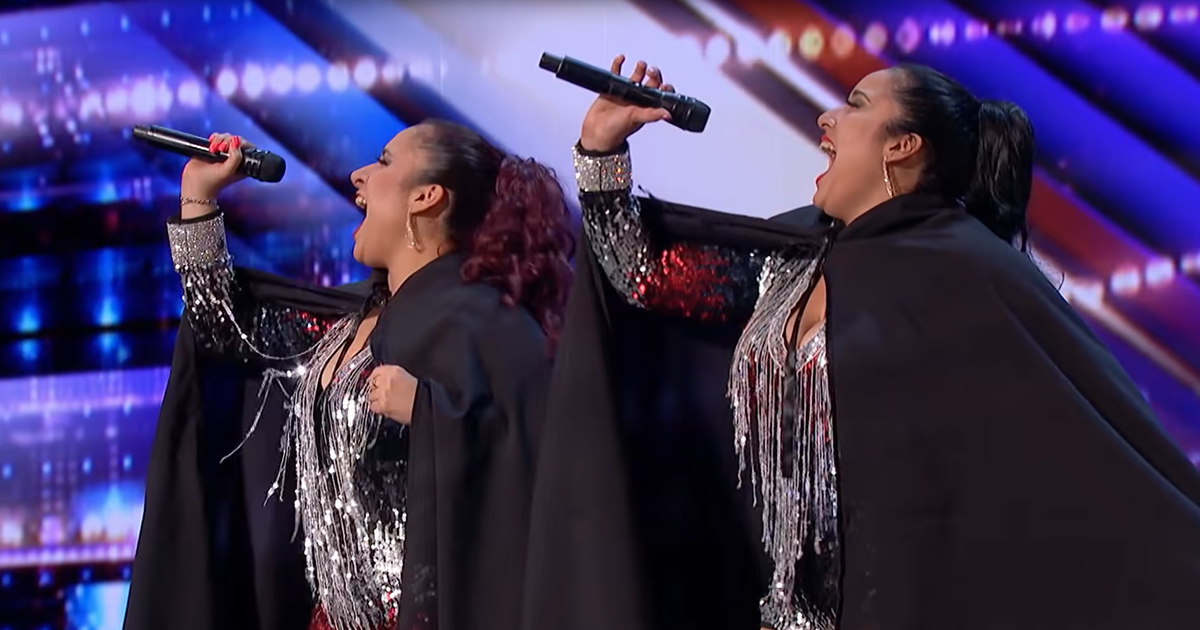 In its 15th season running, ‘America’s Got Talent‘ does not cease to impress viewers with its vastly diverse group of performers who are just stuffed full of talent. Over the years, AGT has provided opportunities to perform on a grand world stage to countless people across the globe. People who nurture lifelong dreams of making it big in the entertainment industry. People who practice and rehearse day in and day out for years to hone their skills and better their natural talent. People like the Peruvian-born twin sisters known together as Double Dragon.

Double Dragon: Where Are They From?

The Double Dragon twins currently live in San Francisco, California along with their family. But they originally hail from Lima, Peru. So they are of American nationality but of proud Peruvian descent. The singing twins are 31 years old and have a certain explosive energy that gives a great spark to all their performances.

Out of their parents, their mother accompanied them when they came to audition for AGT. It is not known exactly when their father passed away, but it was not very long ago, as suggested by a photo of the siblings with their dad that they posted on his birthday. They also have an older brother named Percy Ramos, who also lives in San Francisco.

Neither of the twins seems to be dating currently, going by their social media posts. But if they are dating, they probably choose to keep their romance under wraps and away from the public eye.

Who is in Double Dragon?

The twin sister singing act is made up of Andrea Ramos and Irene Ramos. They adopted the name Double Dragon because of their feisty natures and because they never fail to bring the heat with their performances. They are identical twins so it’s really hard to differentiate between the two (though Irene does sport red hair currently). Funny, charming, and bubbly, Andrea and Irene seem to always have an infectious energy that they bring to the stage with their power-packed performances.

The sisters are playful and quite close to each other and both like to goof off, as evidenced on their social media pages. Irene loves Korean drama and K-pop music while Andrea loves ‘RuPaul’s Drag Race’.

They also have a YouTube account on which they post covers of mashups and Spanish versions of popular English songs. Their cover of Miley Cyrus’ Climb even went viral in 2016.

For their AGT audition, the duo performed an electrifying rendition of “It’s Raining Men”, touching the high notes quite effortlessly. They got a yes from all the judges. But this is not their first time performing on a big stage.

Andrea and Irene have been singing and dancing publicly and competitively since they were very young. At 8 years old, the twins were backup dancers on a Peruvian children’s show. In 2004, at the age of 16, Irene won a singing competition called “Desafio de Estrellas” in which the winners of seven groups of seven participants each compete to pick the best singer. That same year, Andrea won a spot in a five-member girls’ band through a reality show called “Pop tu Show”. They were also winners on a Peruvian singing reality show called ‘Divas’.

But their act together works better, as they both auditioned separately for the Peruvian version of ‘The Voice’ and though they did well, neither of them reached the finals. We’re hoping that as a dual act on AGT, they continue to bring their A-game.

Read More: Voices of Our City Choir From AGT: Everything We Know