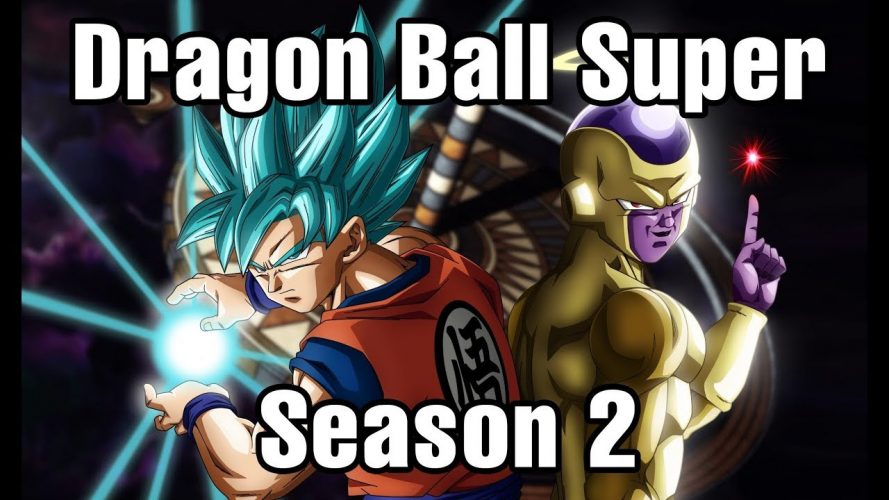 Dragon Ball Super (also known as Doragon Bōru Sūpā in Japanese) is a martial arts anime television series which is based on manga series of the same name. Written by Dragon Ball franchise creator Akira Toriyama and illustrated by Toyotarou, the manga series was first published on June 20, 2015, marking the start of the first new story in the hugely popular franchise in 18 years.

A month after the initial publication of the manga series, Season 1 of the anime television series, produced by Toei Animation, was released on July 5, 2015. Since then, fans of the franchise have been waiting to hear news on a second season. Here’s everything we know about the prospects of Season 2 thus far.

Dragon Ball Super Season 2 Release Date: When will it premiere?

In March 2019, fans received a massive boost when news reports claimed that Season 2 of Dragon Ball Super would premiere sometime in July 2019. However, after speaking to David Syatt, the media representative of Toei Animation, Newsweek confirmed that these were just rumours and that no new episodes were under production. Thus, as it stands, Season 2 of Dragon Ball Super is yet to be confirmed by Toei Animation, and it remains to be seen whether Season 2 is made at all.

That being said, there’s no reason to get disheartened right now since anime shows are usually renewed within a period of five years, and there’s plenty of time left for Toei Animation to announce a renewal. Further, new volumes of the manga series are still being published, and there’s no dearth of source material for a new season. Given the abundance of source material and the huge global popularity of the Dragon Ball franchise, we think a second season will be made. The only question is when. Our best guess is that Dragon Ball Super season 2 release date could fall sometime in 2021.We’re keeping our ears open for news on Season 2 of Dragon Ball Super, and we’ll update this section as soon as we hear something reliable.

For those who like watching anime shows in English, the good news is that Dragon Ball Super has a great English dub which was made keeping the show’s international fanbase in mind. If you want to watch the show in English, you can find dubbed episodes on Funimation, Adult Swim, AnimeLab, and Crunchyroll.

The events in the show take place seven years after the events in Dragon Ball Z and the defeat of Majin Buu at the hands of Goku. In the years which followed the defeat of the terrifying Majin Buu, peace returned to Earth, allowing Goku and his friends to settle down and lead peaceful lives alone or with their families.

However, this is all disturbed when the God of Destruction, Beerus, awakens from decades of slumber. Beerus, who is considered to be the second most powerful being in Universe Seven, wakes up because he wishes to fight the legendary fighter he saw in a prophecy called the Super Saiyan God. Thus, Beerus heads to Earth, and is confronted by its protector, Goku, who transforms into the Super Saiyan God and takes the fight to Beerus. However, the God of Destruction is no pushover, and he manages to defeat Goku after a long-drawn fight. Impressed by Goku’s immense power and fighting skills, Beerus decides to spare the Earth from destruction, and heads out with his assistant, Whis, to train with Goku and Vegeta for a year.

Later in the show, a tournament is arranged by Beerus’ brother from Universe Six, and Goku and co. fight in it to represent Earth. Following the tournament, Goku meets the emperor of all universes, Grand Zenō, and eventually goes on to fight a supremely powerful being called Goku Black. After defeating Goku Black, Goku and his friends are forced to fight for the survival of Universe Seven once again when another tournament called the Tournament of Power is organized to decide which universes will survive and which won’t.

Despite having dozens of characters, Dragon Ball Super only has two main characters. Below, we’ve provided you with brief backgrounds on each of these two characters.

Goku Son: The main protagonist of the show, Goku had been the protagonist of the earlier anime shows under the Dragon Ball franchise. An extraterrestrial belonging to the Saiyan race, Goku was sent to Earth when he was just a toddler and was raised on Earth, where he learned many human traits. Despite being one of the most powerful beings in Universe Seven, Goku is shown to have a laid-back personality with a love for food of any kind. He is also shown to be an extremely compassionate person, and holds the power to make friends with enemies who he has fought. Further, Goku is also driven by his desire to improve himself and his powers, and is always on the lookout for worthy opponents to fight against. While Goku boasts tremendous powers in combat, his biggest strength is his iron will, tenacity, and persistence.

Vegeta: The second main character in the show, Vegeta started off as the arrogant and ruthless prince of the Saiyans, but became friends with Goku after the latter defeated him in battle. After the events of Dragon Ball Z, Vegeta lets go of his ambition to become immortal and rule the universe, and settles down on Earth, content with the planet’s simple, everyday life. He is also a tremendously powerful fighter, and like Goku, can transform himself into a Super Saiyan at will. He plays an important part in Earth’s defence in Dragon Ball Super, and accompanies Goku to fight in major tournaments to ensure the survival and prosperity of Universe Seven and everyone in it.