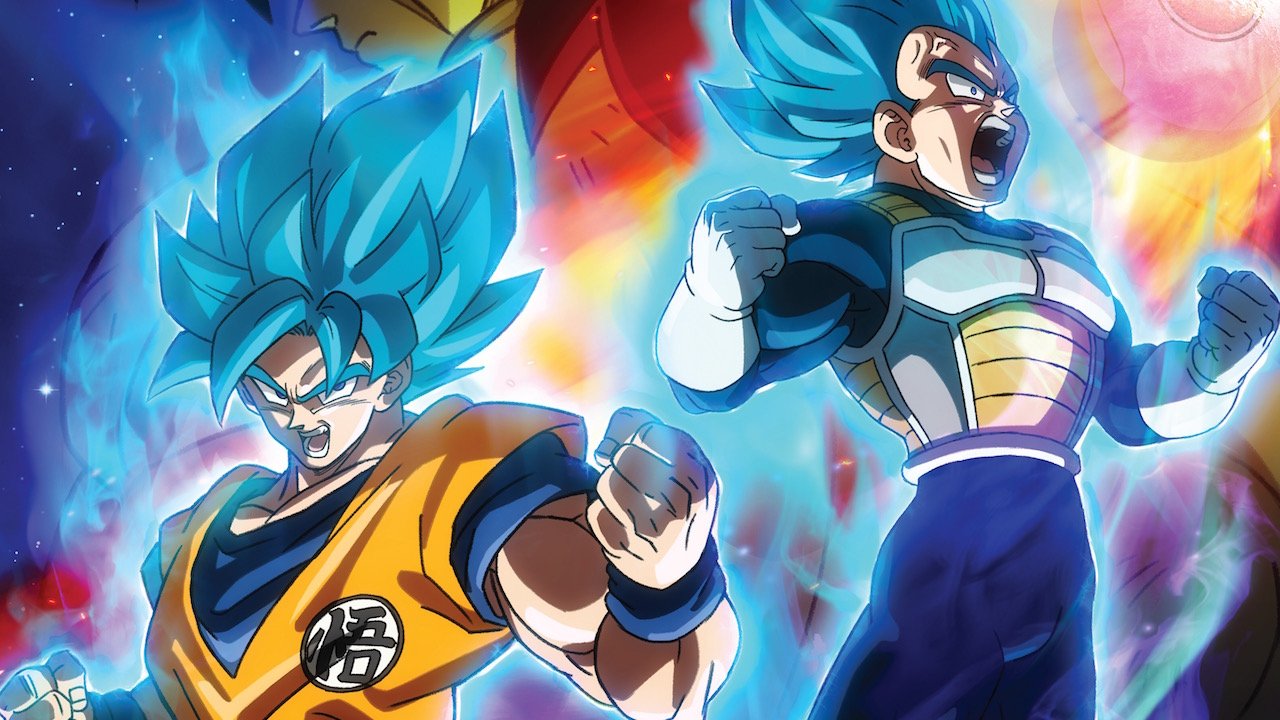 If only one word could describe the entire ‘Dragon Ball Z‘ series, it would be ”epic”. This anime is in a league of its own. Its prequel ‘Dragon Ball’ is also a great anime but ‘Dragon Ball Z’ is the one that introduced the world to Japanese cartoons. The Saiyan Saga, the Frieza Saga, the Cell Saga, and the final Buu Saga, all of them have had a unique impact of their own but what stays consistent throughout all of these is the character development. From the outside, it may look like it’s all about fighting and epic battle scenes, which is true, but it has so much more to it. The fights are exceptionally great and 3-4 of them deserve to be on top of the “anime hall of fame of fights”, but it’s character development that makes the show really emotional and engaging.

There have been many other long-running famous anime shows like ‘One Piece‘ and ‘Naruto‘ but no one ever really compares them with DBZ. It’s a well-known fact that no matter what you say to a ‘DBZ’ fan, they will always claim that it is the greatest anime show of all time. For me personally, the best part about this anime is that even a character like Vegeta who is initially shown as the antagonist of the show later becomes everyone’s favorite. And of course, Goku is one name that still inspires young men to hit the gym and then flaunt themselves in cosplays as him. Even those who haven’t even seen it, have at least once in their lives heard about the anime. For those who have seen it, all you have to say is ‘DBZ’ and it’s enough to give any 90s kid a boner (Not kidding).

People who say that the anime is “stupid and clichéd” seriously don’t even know what they’re talking about and the ones who complain about the long fight scenes that last for episodes, well Duh! That’s what we want. The sheer passion and pride that each character displays while battling for the lives of people can bring tears to even the toughest men out there. Even watching Gohan grow into a young, strong man is an incredibly emotional journey. And don’t get me started on the training scenes. 90% of the gym goers today want to look like Goku, which you sadly cannot without steroids but the training scenes have always been big motivators for anyone who wants to start working out. ‘DBZ’ literally taught us the idea of progressive overload through its insane transformations and hyperbolic time chambers montages.

The one major issue with this anime is its lame techno-rock music that just pops up in unnecessary places, but apart from that, everything else is just amazing. And considering the fact that it’s a long-running series, it’s almost close to perfect. So if you’re one of the last 10 people on Earth who hasn’t seen it yet, then what are you even waiting for? And if you have seen it, then we might have some news for you.

Dragon Ball Z Season 9 Release Date: When does it premiere?

‘Dragon Ball Z’ season 1 premiered on April 26, 1989 and went on for the next 8 years till Jan 31, 1996. Throughout this span, 291 episodes of the anime were released and that’s when we finally had to say our goodbyes. Now a new season of the original ‘Dragon Ball Z’ is not even a distant possibility because Toei Animation is pretty much done with it. As long as it was here, it gave us some amazing memories that we can always go back to. But don’t be disappointed because ‘Dragon Ball Super‘ seems to be doing great right now and will be coming up with a new season very soon. There’s a rumor going around all over the internet that says a new season of ‘Super’ will be out in July 2019. There have been no confirmations yet, but we are keeping our fingers crossed. But as far as Dragon Ball Z new season release date is concerned, that’s not happening.

The English Dub version of ‘Dragon Ball Z’ is available on Funimation, Amazon Prime, and AnimeLab

The plot goes berserk from one saga to another, but to put it simply, ‘Dragon Ball Z’ is set five years after Goku wins the World Martial Arts Tournament. He lives a peaceful life in the calm countryside with his wife and son. He even has friends living close by and life is just perfect. But one fine day, all of this changes when a strange man named Raditz lands on Earth along with his allies and claims that Goku is his long lost brother. He claims that Goku’s actual name is ‘Kakarot’ and that he is one of the last few survivors of the Saiyan race that was once destroyed completely to the ground. He tells him that he was sent to the earth as a baby to conquer the planet but a head injury made him forget his true intentions. And instead, his good upbringing made him a nice man who now fights to protect the Earth.

Goku denies his brother’s request to join him and that’s when he warns him about a threat that’s heading right towards the planet; a threat that will shake up the entire galaxy and a brutal war will be fought to capture all seven dragon balls. It all comes down to the “survival of the fittest”. ‘Dragon Ball Super’ is set in a world seven years after the Buu Saga of ‘Dragon Ball Z’. The world is a peaceful place and Earth is finally at peace with no evil forces lurking around. That’s when Beerus, the god of destruction, gets to know about a prophecy that says that he will be destroyed by a Super Saiyan God. He searches for this God across galaxies and finally finds the Saiyan God who is no one else but Goku. Goku and his friends then reunite all over again to face these otherworldly powerful creatures. 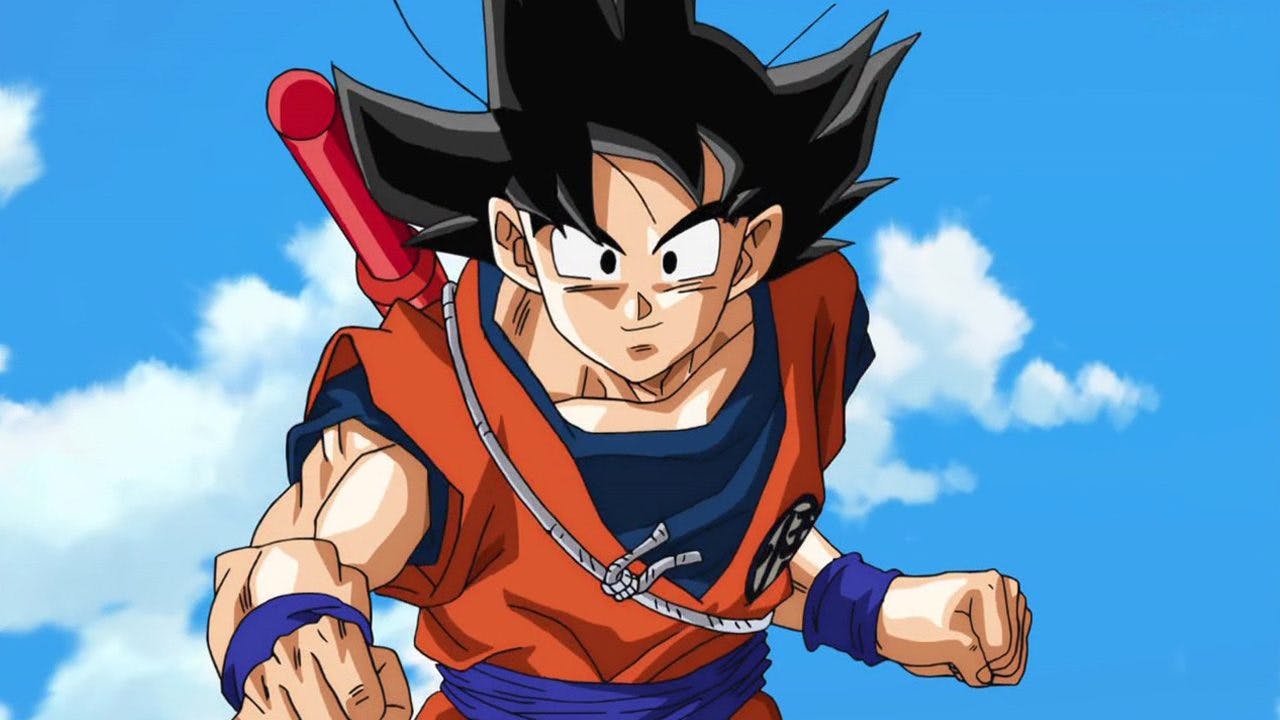 Goku, also spelled as Gokuu and Gokou, is the descendant of an extraterrestrial race known as the Saiyans. Saiyans were completely destroyed by a powerful being named Freiza. During his childhood (Dragon Ball), Goku shows aggressive traits of his Saiyan Race but any injury to his head makes him lose all his memories. His upbringing makes him a calm and composed boy. Grandpa Gohan takes care of Goku and makes sure that he grows up to use his powers responsibly. Later, he even meets Kuririn, who becomes his best friend and nothing changes between them till the end of the series. By the end of ‘Dragon Ball’, Goku participates in the World Martial Arts Tournament and wins it by defeating Piccolo.

‘Dragon Ball Z’ starts off 5 years after the tournament and Goku is now all grown up with a wife and a kid. Throughout the series, Goku and his son Gohan fight powerful opponents and grow stronger. Along the way, they make friends and also a whole lot of enemies. At one point, Goku gets so strong that his power is also compared with that of Superman. The two may have no relation at all, but think about it — both come from a distant planet and are dropped on earth as infants; both grow up getting stronger with time and have a father figure who guides them. Well, we don’t want to spark that never-ending debate, so let’s close this here. 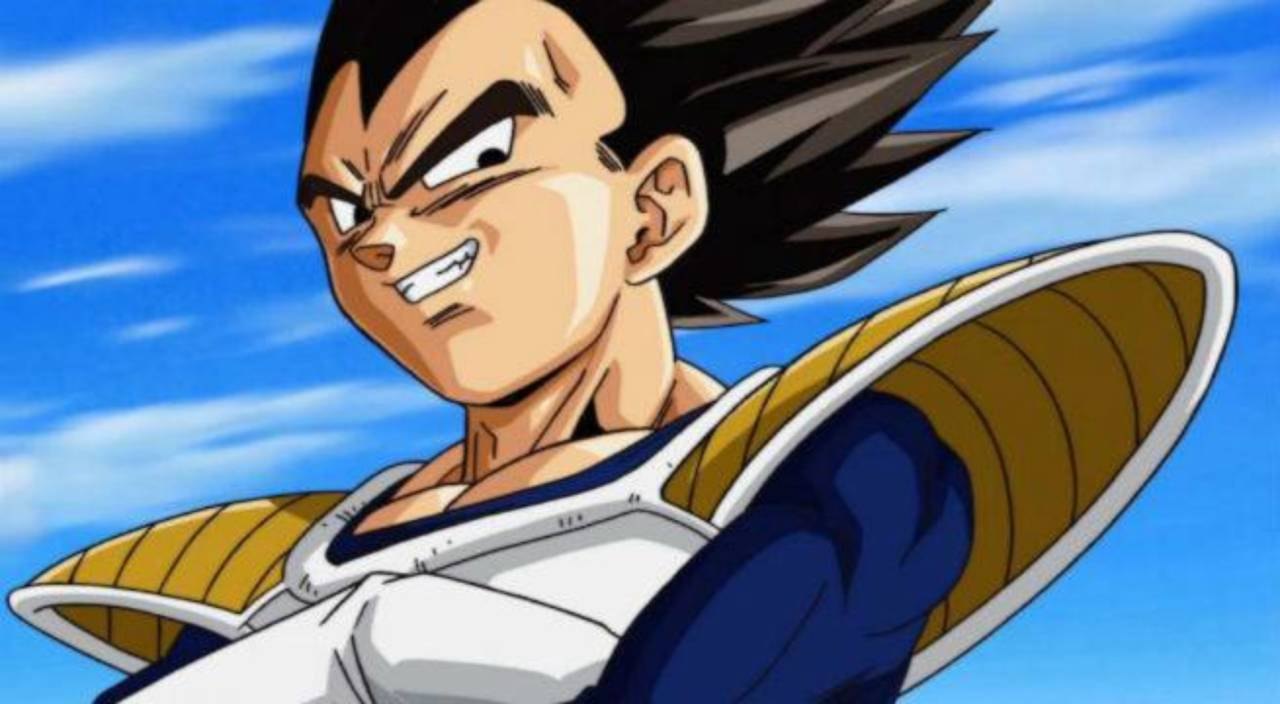 Apart from Goku, Gohan and Piccolo, Vegeta is one of the most prominent characters of the show. He initially starts off as a villain and as a viewer of the show, you’ll hate him in the beginning. But somehow he just sticks around with the team and we get to see his better side. The guy who was once a ruthless cold-blooded killer, who suffered from a major superiority complex, later becomes a loving husband, a caring father and also a very loyal friend. Even today, Vegeta has a very strong fan following that’s almost as huge as that of Goku’s. 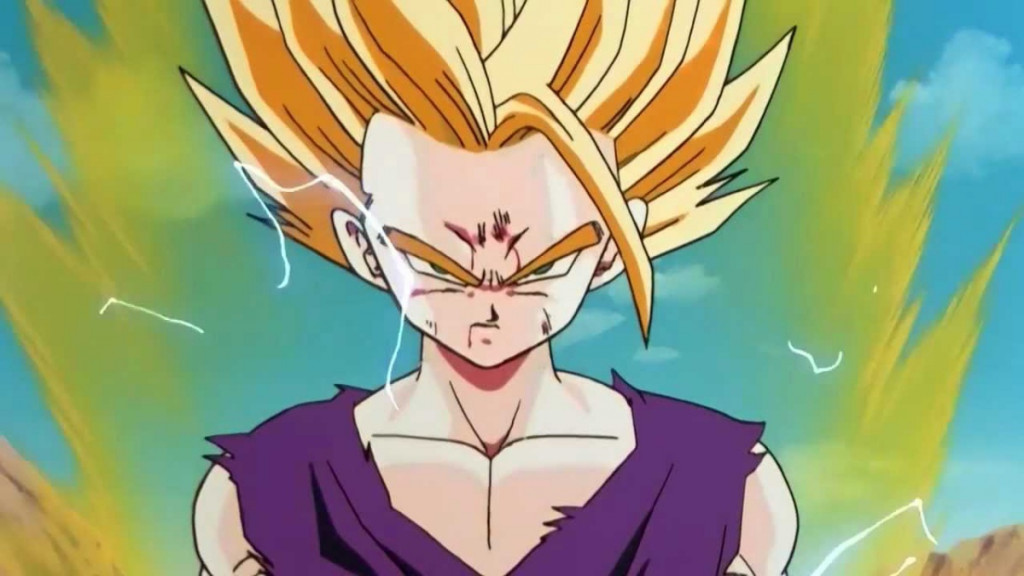 Gohan is one character that anyone would love. During the beginning of the anime, we see a kid Gohan who slowly grows up to be a strong and powerful Saiyan like his father. Gohan even shows a lot of potential as a scholar in school and prefers using his powers only when he needs to protect his loved ones. He even shares a strong relationship with both his uncle Piccolo and his father Goku, both of whom play a major role in his upbringing. 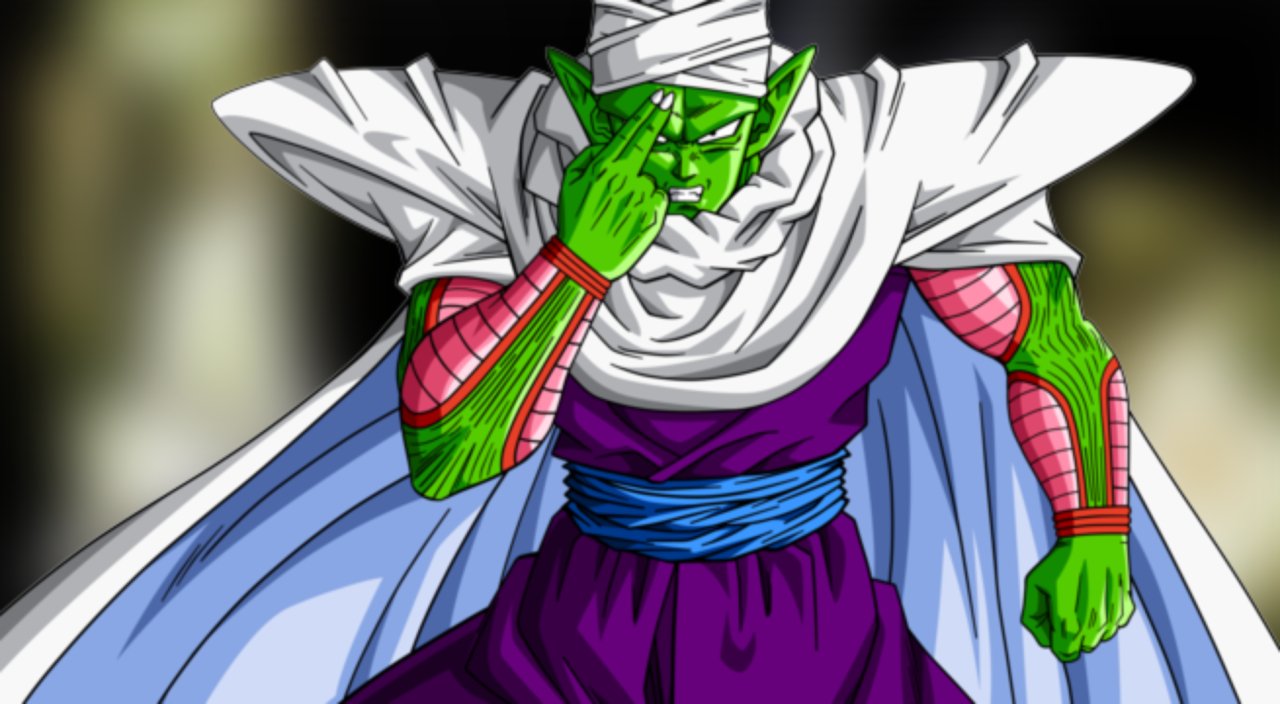 Piccolo is a tall green humanoid creature who is part of an extraterrestrial race known as Namekians. He is known as the son of the Great Demon King Piccolo and also as his reincarnation, but he proves to be no less of a saint in the entire series. He later even forms a very deep bond with Gohan while he trains him during Goku’s absence. Piccolo remains cocky in nature but deep inside, he has a heart of gold. 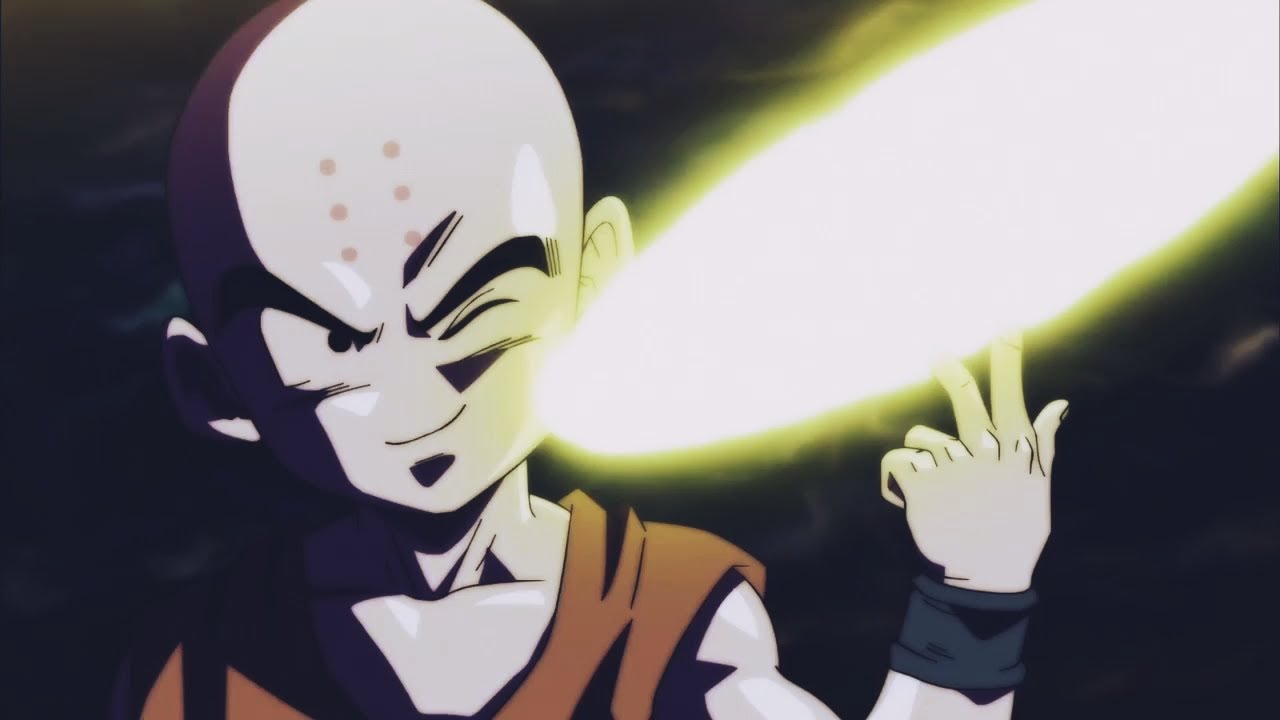 Kuririn is “the boy who never grew”. He pretty much remains the same petite hairless warrior monk throughout the series and brings in comic relief during the tensest situations. He becomes close to Goku during his childhood days and even proves to be a good confidant for Gohan. He shows a weird, perverted obsession towards women like Master Roshi, but later marries Android 18 and settles down.