When a TV show goes beyond a certain length, the prospect of even starting off becomes insuperable because no matter how great it is, you realize that you’ll have to invest a lot of time. ‘Hunter X Hunter‘ is one such anime show that has close to 6 seasons by now. Life is short and most of the times, I would rather watch 3 other series than go through the pain of watching one that has 6 long seasons. But ‘Hunter X Hunter’ is just an exception because it’s one of those few long-running series that only come by every once in a while and the hype around it has reached a point where it’s nearly impossible to just ignore it. Now you may try to kill the temptation of making such a big investment with anime like ‘Gintama‘ and ‘Hunter X Hunter’. But then there comes a time when, as an anime lover, you have to bite the bullet and see what these are all about.

Unlike other popular shounen like ‘Naruto‘ and ‘Bleach‘, ‘Hunter X Hunter‘ never beats around the bush by adding fillers to its 148 episodes. Both ‘Naruto’ and ‘Bleach’ are offbeat shows that have gained quite a lot of hype through the years but they often seem to just slip away from the storyline just to fill in gaps of the show or to extend it further for the relevant purpose. The fact that ‘Hunter X Hunter’ does not do that even once is highly plausible. It does not exploit the viewer’s time in any way but that too comes with a price. A lot of times, the progress in the anime is close to nothing and moves ahead with a snail’s pace. As a viewer, it becomes extremely exhausting for you to watch the same thing that seems to go on forever. But apart from that, everything else in the show is pretty good.

Your entire conception of Shounen anime starts to change when the peculiar plot of ‘Hunter X Hunter‘ begins to unfold. You’re left with feelings of sadness, happiness, anger and most of all, a lot of satisfaction. Going through the pain of watching 148 episodes is well worth it, in this case, because not even one episode goes wasted. I can go on and on about how amazing this anime is, but let’s just end it here by saying that if you haven’t seen it yet, you’re missing out big time.

Hunter X Hunter Season 7 Release Date: When will it premiere?

Hunter X Hunter season 1 premiered on October 2, 2011. For the next three years, the show continued for 148 episodes and finished its last season on September 24, 2014. Since then, all we’ve had are just mere rumors either claiming that it has ended already or just giving out their own theories about how it may come back sooner than we think.

The author of the manga, Togashi Mangaka, is known for taking sporadic hiatus from the manga of ‘Hunter X Hunter’. He took another one right after 380th chapter of the manga because of a certain medical condition. But in a recent interview, he claimed that the manga is far from over. “It has come to a point where either the story concludes first, or I die before that happens. But I do intend to finish it”, he said. So we don’t really have confirmation right now from the studio’s end but it is very likely that we will get to see at least one more season of this masterpiece.

As soon as we come to know about ‘Hunter X Hunter’ new season release date, which according to most optimistic estimates, could be in 2021, we will update this section. So, don’t forget to bookmark this page.

‘Hunter X Hunter’ centers around a 12-year-old boy named Gon Freecss, who swears to be the best Hunter alive in the whole wide world so that he can one day meet his father who had abandoned him for the same profession. Hunting here not only means hunting down animals and capturing them but also involves other daunting tasks, which include looking for hidden treasures in unexplored lands and several kinds of challenging activities. Gon jumps into the world of hunting with big aspirations and a lot of energy but little does he know that everything from now on will be far more challenging for him than his previous relaxed life.

In his journey of achieving his life-long dream, Gon meets a few others like a doctor-in-training named Leorio, the last survivor of the Kurta clan, Kurapika, a skillful ex-assassin, and Killua. All four of them have their own individual interests with respect to the Hunter exam that will make them an official hunter. But along the way, they all find common ground while working towards their shared goal and become really close friends. The success rate of the exam is extremely low and to get through, Gon and his newfound friends will have to go through extreme hardships and suffering. They’ll have to face creatures and other hunters like them, who may even be much stronger than them, and eventually learn what it takes to be a true hunter.

There are certain hints given during the last few episodes of the show that direct us closer to the possibility of a new season. Let’s just hope that Togashi recovers soon from his unspecified illness and gives us a little more of this anime. As mentioned earlier, the manga has a total of 380 chapters till date but the anime only covers 339 of these. So until a new season arrives, you can always read what happens next in the manga, which is equally amazing. 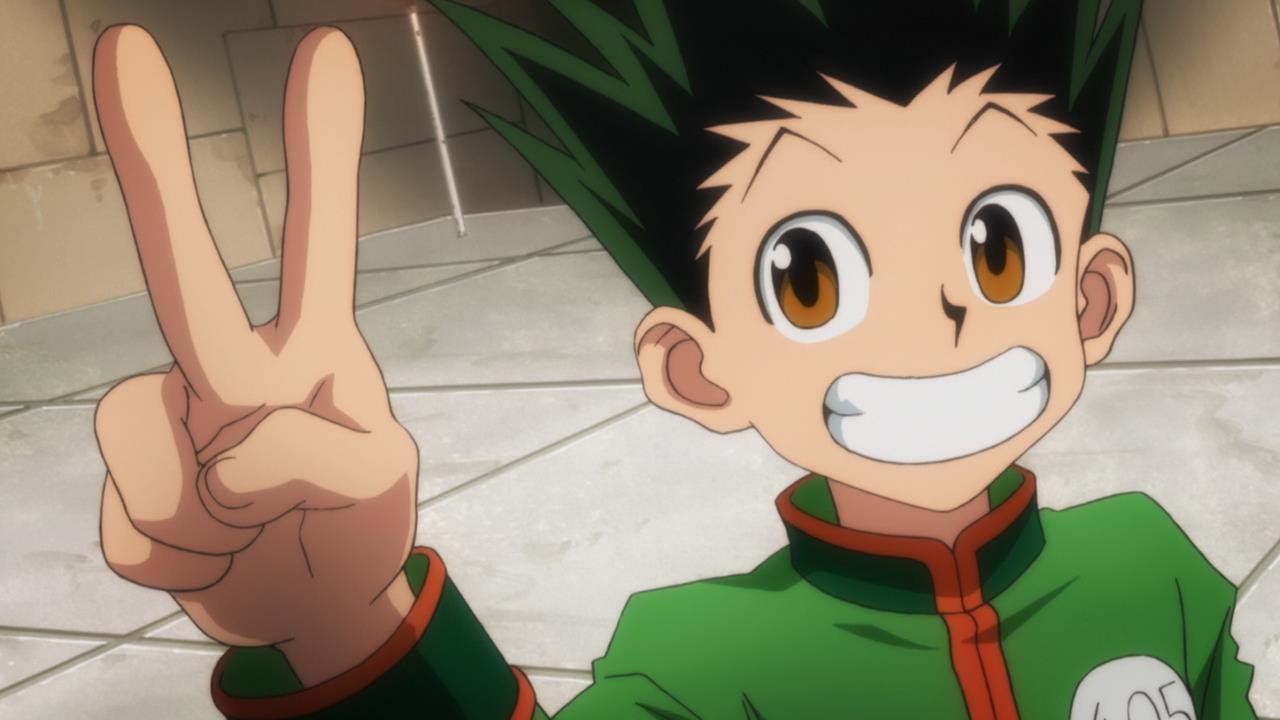 Gon, son of a very renowned hunter named Ging Freecss, is the main protagonist of the anime. Ging went missing a while back and Gon has no clue if he is dead or alive. But another hunter named Kite gives him hope and tells him that she has also been looking for his father all this while. This is when Gon takes the decision of appearing for the Hunter exam so that he can get one step further towards finding his father. When he first appears for the hunter exam, he meets another aspiring candidate named Killua and something instantly clicks between the two. They later become really close friends who could do anything for each other. Gon not only gets along well with humans but with animals as well because, throughout his childhood, he spent a lot of time searching for adventures in the woods.

Gon is always cheerful and tries to look at the bright side of things. His optimism even annoys his friends sometimes but that’s one trait of his that makes him so special. Unlike most other characters of the anime, he prefers using his fists for fighting, which actually proves to be much better than even the deadliest weapons out there. 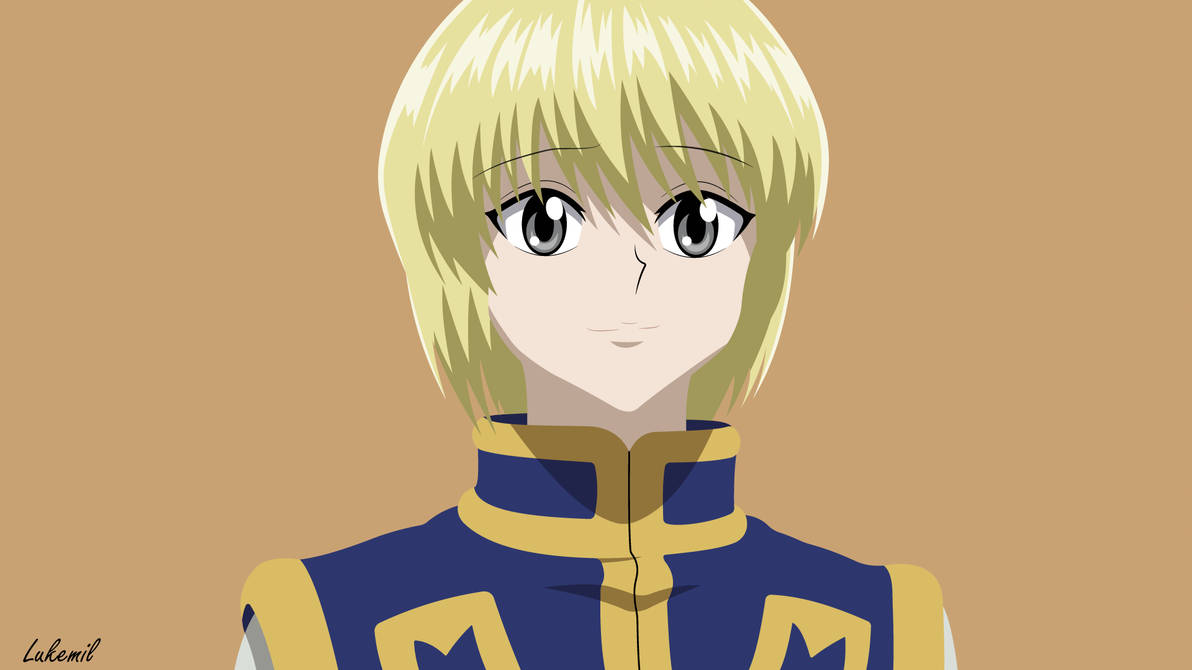 Kuparika is a member of the Kurta Clan that was massacred by the Phantom Troupe five years prior to the Hunter exam he appeared for. The Kurta Clan was known for the color of the eyes of its members. Every time they were angered or excited, their eyes would magically turn scarlet in color. Because of this, they were later pursued and eventually killed by the Phantom Troupe who stole their eyes. Kuparika is the last knowing survivor of their clan and is the only one who can avenge their deaths. Even after having so much hate in his heart, Kuparika still proves to be a very loyal friend who cares for everyone around him. His special weapon allows him to project chains out of the tip of his fingers. But he avoids using these to their full potential and saves them for the Phantom Troupe. The true potential of his weapon is yet to be revealed. 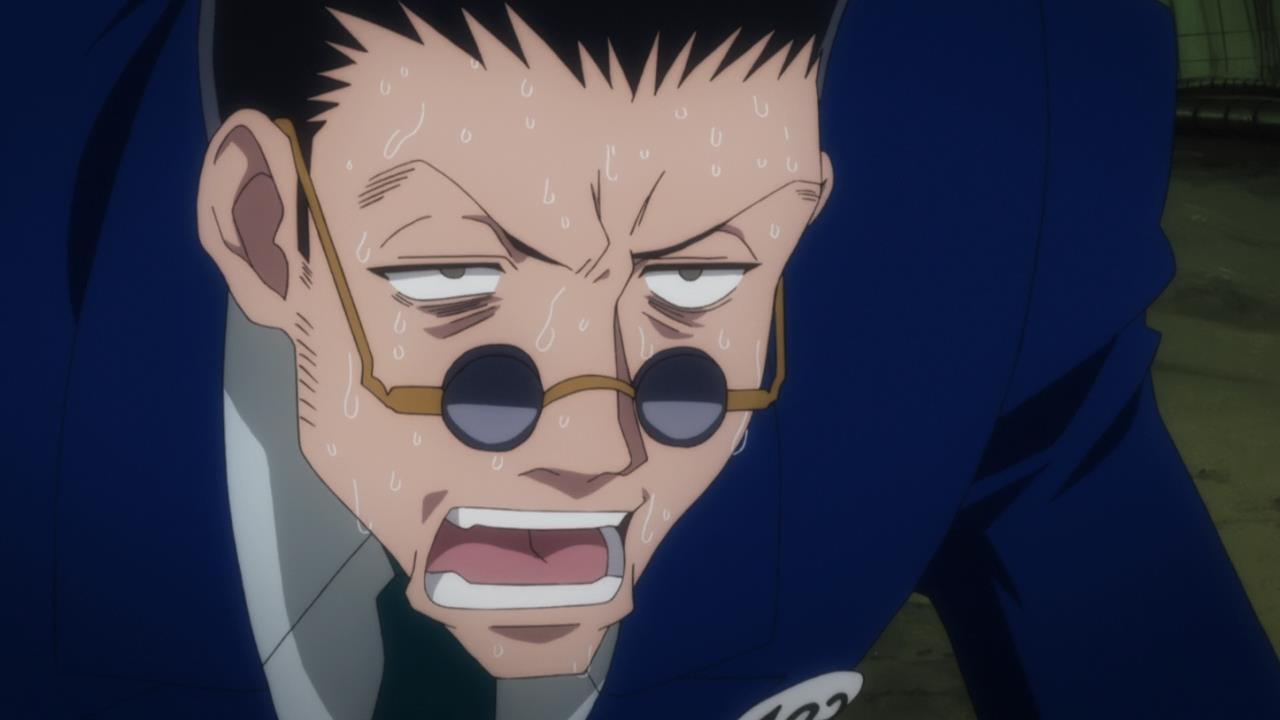 The only reason why Leorio enrolls himself for the hunter exam is to gather enough money for providing free medical services to the ones in need. Just a few months before the exam, Leorio watched one of his close friends die from some curable disease that could not be treated due to lack of money. His death was a wake-up call for Lenrio and it constantly reminds him why he wanted to be a doctor in the first place. 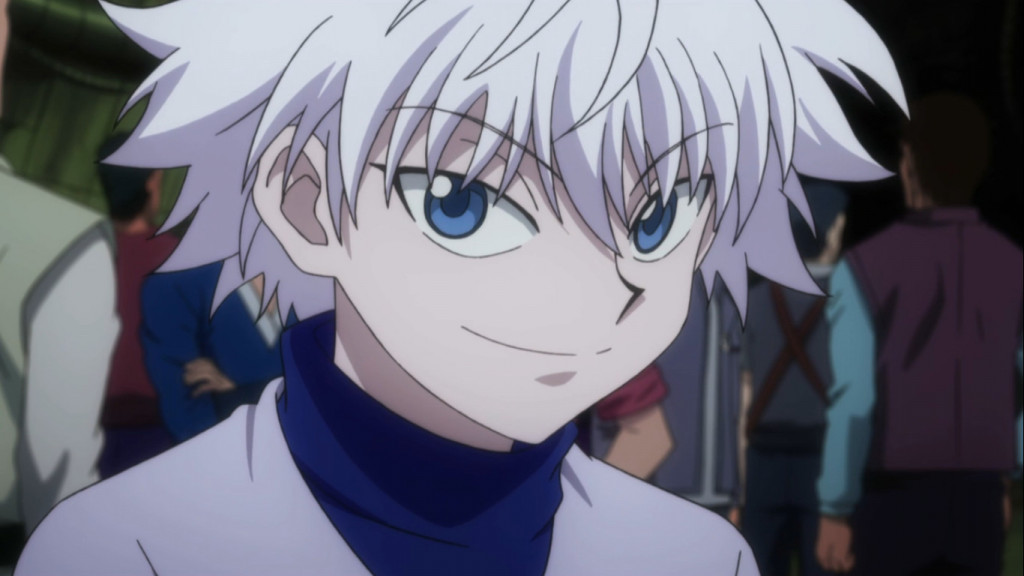 Killua comes from a family of legendary assassins and he himself is no less of a stealthy killer. He trained all his life to becomes a badass assassin just like his family expects him to be. But he eventually gets sick and tired of his profession and decides to leave. He runs away from home and signs up for the Hunter exam just to pass his time. All those years of training as assassin works in his favor during this journey and he proves to be a very loyal friend who is even willing to sacrifice his own safety for the welfare of the ones he cares for.