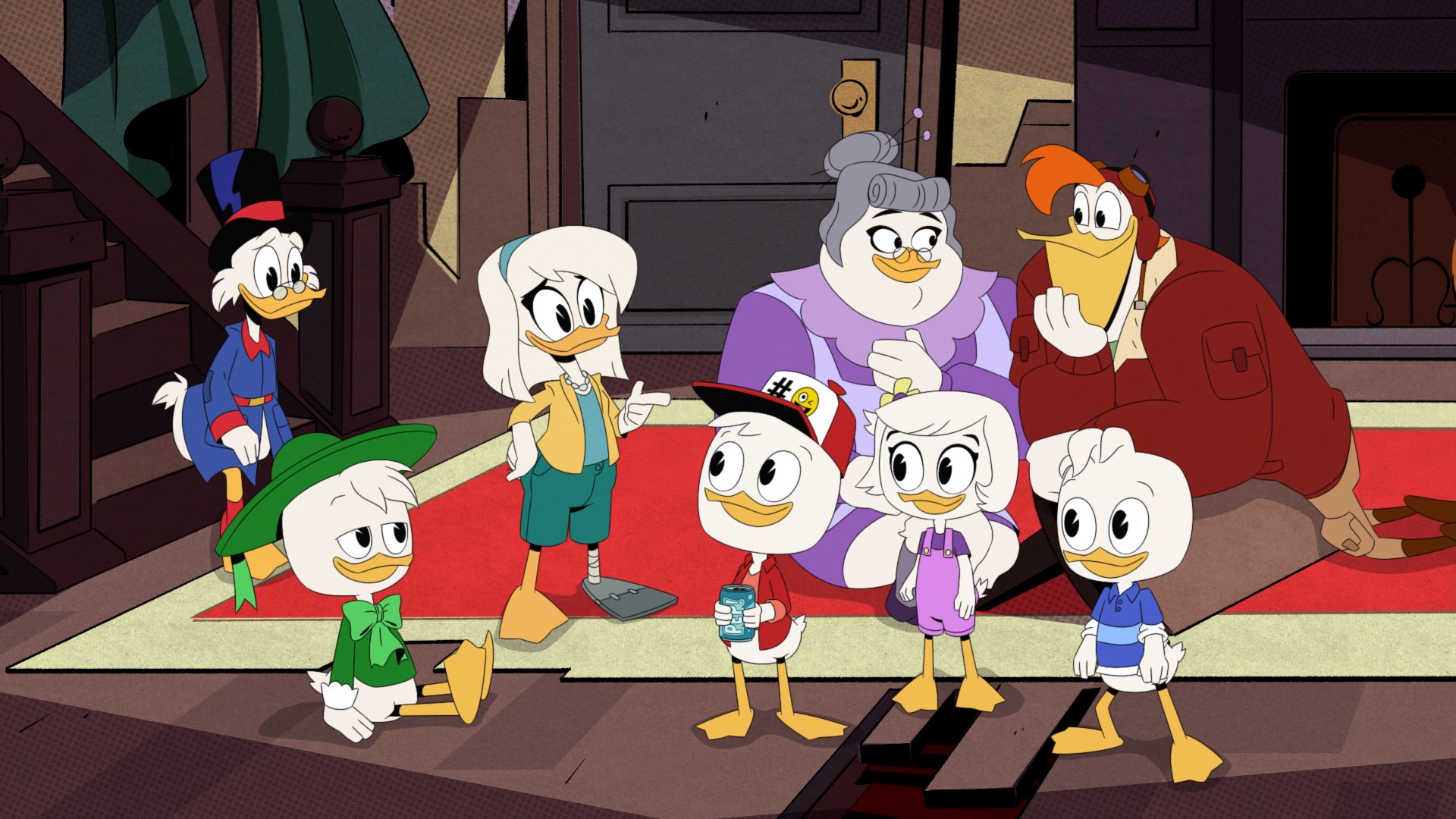 You might not be familiar with the 1987 series, ‘DuckTales,’ but the current show is a reboot of the original. We follow the brave adventures of the family, including the iconic Donald Duck and his nephews Huey, Dewey, and Louie. Presently, the show is on Season 3, and we have already seen new situations arise when the family has to uncover a secret hidden by a cult of mermaids.

Peppered with humor and excellent family dynamics, ‘DuckTales’ breathes new life into one of the most popular animated franchises. The most recent episode is titled “Louie’s Eleven.” As the title suggests, it is an obvious tip of the hat to ‘Ocean’s Eleven.’ Parodying several heist movies, the episode follows the central characters trying to crash into an elite party to get featured in a magazine.

Their attempts do not go according to plan, leading to several humorous situations. The problems are compounded by the presence of a rival gang who plan to gatecrash as well. While the humor and the performances serve as beautiful backdrops, we get the sense that the relationship between Donald and Daisy is significant.

She appears to be the only one who can understand him, and finds him enchanting. Donald is smitten by Daisy too, but we know how things might not go according to plan when it comes to crashing the party. However, in Duckburg, all is well that ends well. Curious to find out what the upcoming episode has in store? We have the spoilers and information on when and where to watch it.

DuckTales Season 3 Episode 6 Release Date: When Will It Premiere?

The upcoming episode’s title plays on the popular Japanese manga series ‘Astro Boy.’ We see Gyro, Fenton, and Huey taking a malfunctioning B.O.Y.D. back to the lab in Japan. Even as they try to fix the robot in the same place where it was created, Huey forms bonds with the B.O.Y.D.

Meanwhile, Gyro has a secret in his past that threatens to destroy the city as well as Gizmoduck. Undoubtedly, the episode will underscore the friendship between Huey and the robot. So far, we have seen that the series is willing to play with popular tropes, so the upcoming episode will grapple with a sense of identity and purpose that both Huey and the B.O.Y.D. might question.