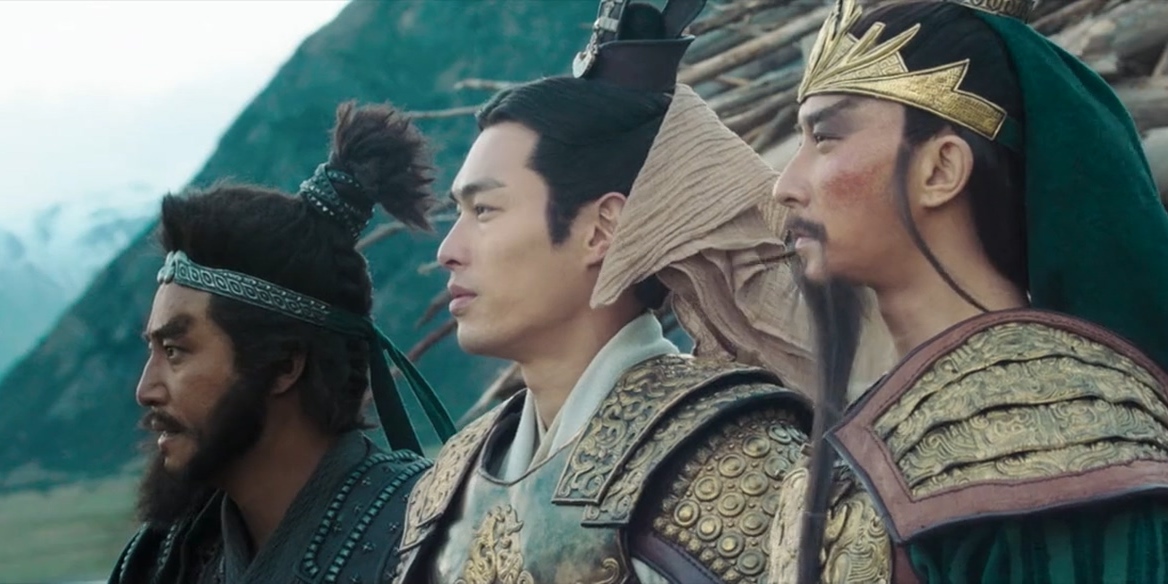 Helmed by Chinese filmmaker Roy Chow and based on the video game franchise of the same name by Koei Tecmo, ‘Dynasty Warriors’ is an enthralling action-adventure historical epic movie imbued with a good amount of political intrigue. No wonder the Chinese film industry is beating the US at its own game. Driven by a sumptuous box office revenue, China houses one of the fastest-growing cinema industries in the whole wide world, and a peek at this film suffices to discern the reasons behind the growth.

Gruesome and grand battles fought in the backdrop of lush mountains, ample use of visual FX, and a grandiose cinematic score bring the story to reality. After the coup of the Han prince at the hands of an army general, a group of fiefs gathers rebel forces to reinstate the social order. In the end, it only breeds more chaos. Like it usually happens in action-adventure films, character developments are kept to a minimum, and the action speaks for itself. By the time the credits roll, your mind must be populated with questions. If you have a hard time following the story, let us get to the bottom of this. SPOILERS AHEAD.

In a prologue, army general Dong Zhuo and his great troop fight against rebel leader Zhang Jiao and his zombie-like hoard of Yellow Turbans. General Dong is seemingly losing the war until a band of three brothers from the Han court reaches the plateau. The blood brothers — Liu Bei, Guan Yu, and Zhang Fei — perform combos after combos on the zombie hoard before grabbing Zhang Jiao by the neck. The rebels are defeated, and the remaining Yellow Turbans retreat. The brothers are greeted by the general’s strategist Li Ru, but they cannot provide their ranks and are dismissed. In the aftermath of the war, Dong Zhuo successfully performs a coup, holding the young Han prince hostage.

While most of the court officials, for the lack of a better alternative, comply with Dong Zhuo, a male guard named Cao Cao seizes the opportunity to make his face known. After a brawl with the elder officials, Cao Cao goes to assassinate Dong Zhuo with the extraordinary Quixing Dagger. As Dong Zhuo wakes up, the assassination has to be canceled, and Cao tries to win over him with beguiling words. But Dong’s right-hand man Lu Bu is fast enough to discern the true intentions of Cao. After a hair-raising chase sequence, Lu Bu unleashes an earthquake on Cao. But as Cao’s body is not discovered, Dong is not pleased just yet. In effect, Cao becomes a renegade wanted by the authority.

Cao, who is still alive, is captured by a low-ranked court official named Chen Gong, but Chen decides to accompany Cao in his endeavor. Together, they ride to the home of Lu Boshe, the blood brother of Cao’s father. A misunderstanding ensues, and Cao ends up killing the whole family. Chen attempts to assassinate Cao but is dissuaded by Cao’s bravery. Now endowed with the power of Commander Sword, Cao begins to gather a rebel army, teaming up with eighteen warlords from the kingdom. There are 18 regiments, and the three valorous brothers join to form a 19th. As the rebels attempt to topple down the crown, a massive fight ensues.

Dynasty Warriors Ending: Is Dong Zhuo Defeated? Is He Alive?

As decided, the armies gather at Hulao pass, and a devastating battle erupts between the conflicting forces. Dong Zhuo sends his able war hero Hua Xiong along with a large troop of foot soldiers. Some of the rebel warlords are mercilessly killed off by Hua Xiong. When the remaining warlords are frightened to fight Hua Xiong, Guan Yu gets ready to take the brunt. With the help of his divinely powered battle gear, Guan defeats Hua Xiong in no time. However, some of the warlords fall out of the alliance, bringing the number of troops down to ten.

General Lu Bu comes to the Hulao pass to confront the weakened rebel forces. But the manpower of the king’s army has also taken a hit, it seems. In the climactic earth-shattering battle sequence, Lu Bu is left to fight the three brothers on his own. He fights the battle gloriously but retreats in the final moment while promising to meet the brothers again. In the end, Sun Jian, Chief Yuan, and General Cao’s army remains to give the king a final blow.

But the usurper king Dong Zhuo flees from the royal palace at Luoyang while taking the young Han prince with him. But he makes sure to destroy Luoyang in the process. When the fate of the kingship is dwindling, Sun Jian does not wait for Chief Yuan’s orders and goes to capture the throne on his own. He seizes the Imperial Jade Seal, becoming the next grand commander in effect. Therefore, we can rightly deduce that the reign of Dong Zhuo has come to an end. However, while in exile, he is not yet killed. Therefore, we may see him returning in the next installment.

Before Lu Bu goes to war, he discovers a girl named Diao Chan who is about to commit suicide. Her father is wedding her off to a wealthy but presumably old man. She would rather die than agree to the marriage of convenience. Lu Bu saves the girl from her tragic fate and promises to marry her upon his return from the war.

While the war still rages on, Lu Bu disappears in the final moments of the story. Before his retreat, Lu Bu seemingly sees a vision of Diao Chan. Diao Chan’s face looks sad and tragic, and she is apparently marrying Dong Zhuo. This vision unsettles Lu Bu, who gets distracted from the pursuit of his immediate enemy. Maybe this is also why he does not continue the fight with the brothers.

And this twist of fate changes the power dynamic of the story to an extent. Knowing that Dong Zhuo would marry Diao Chan, Lu Bu would not be as loyal to the throne as he is now. Moreover, another twist awaits the unsettled viewer. In the palanquin, Diao Chan’s father (or maybe her grandfather) plots with Diao Chan regarding the assassination of Dong Zhuo. And while the story reads like a prologue to a grander narrative, we are yet to see how power changes hands through the “Three Kingdoms.” So, even if Diao Chan marries Dong Zhuo, she does so intending to kill the perpetrator.

Does Cao Cao Want to be King?

Speaking of intentions, all the other characters in the story are straightforward in their ambitions. Some of the warlords covertly aspire to usurp the power, while some, like the band of brothers, use their power to reinstate peace in the kingdom. The brothers are admittedly serving the Han court, and they don’t aspire for anything beyond their immediate goal. But the character of Cao Cao is a little more complicated – he is the morally corrupt hero for a time of chaos. Even after killing the family of his father’s blood brother, he does not show any sign of remorse. When Chen Gong urges him to give the bodies an honorable burial, Cao Cao denies doing that.

He says, “I’d rather do wrong than be wronged by the world.” Ostensibly, he walks the fine line between right and wrong. Liu Bei rightly deduces that Cao Cao is not a just person. But in a world torn apart by chaos and greed, there are perhaps no such demarcations. However, although he becomes cynical in the end, his intentions are perhaps pure. Maybe he just seeks to rescue the captive Han prince. But in the final epilogue, as Cao Cao and Liu Bei have a hearty conversation, we get the impression that Cao Cao is also vying for the throne. The unpredictability and the iron will of the character are what make him interesting, and maybe we shall have our answer in a follow-up.