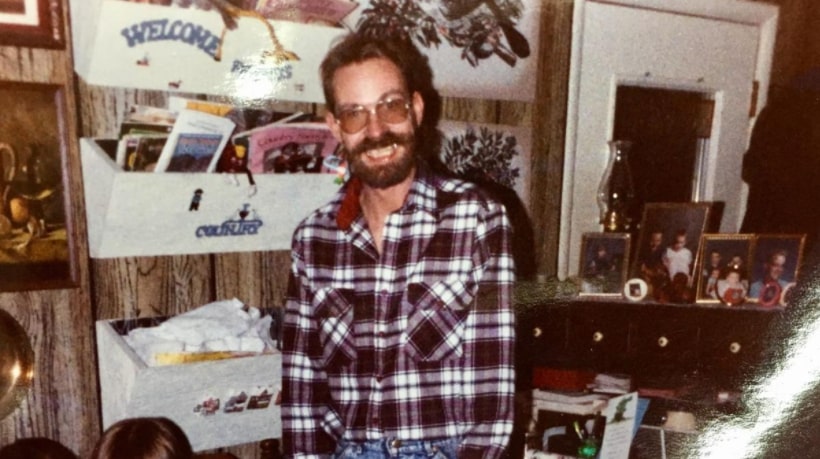 When it comes to homicides, it’s no secret that while some cases are open and close, others take a lot of patience and energy to be solved. However, the one thing that ordinarily does not waiver is the law enforcement’s determination to bring justice to the victims and their families. The prime example for this is the investigation into Edward Lowry’s 2015 murder, a matter that has even been profiled on ID’s ‘See No Evil’ season 4 episode 5, entitled ‘Dead Man Walking.’ So now, if you wish to know the details surrounding the same, we’ve got you covered.

How Did Edward Lowry Die?

As a longtime employee of the Rapid City Journal printing plant, Edward Nicholas “Ed” Lowry III had created a comfortable life for himself in Pennington County, South Dakota. The fact that he had his mother, siblings, and daughter, in his life also kept him happy and bright, which, in turn, highlighted his gentle, compassionate, and hardworking nature. By all accounts, the 56-year-old loved to care for those around him and detested the notion of violence in general. Hence, when he was found brutally murdered on September 17, 2015, no one could believe it.

On September 16, Edward had left his workplace with the intention of enjoying a couple of beers before heading back home, but alas, he never made it. The reason came to light at about 3 a.m. the following day when his remains were located in a parking lot near East Boulevard North and East Philadelphia Street. As per reports, he was lying face-down in a pool of his own blood, and a few of his teeth had also been knocked out. The injuries he bore evidenced a clear assault, yet what stood out was the boot print on his face and the stab wounds on his chest and abdomen.

The initial probes into Edward Lowry’s attack led nowhere because of a sheer lack of concrete leads and evidence. Not only did he not have any enemies, but since the medical examiners also concluded that he didn’t fight back, no traces of DNA could be recovered from his body or the crime scene. It wasn’t until the detectives decided to retrace his last few hours alive using surveillance footage that they found some answers. At 11:30 p.m. on September 16, Edward had withdrawn cash from an ATM not far from his office on Main Street before hitting a few local casinos.

The 56-year-old’s first stop was the South Dakota Rose Inn for a few drinks, and then he moved on to Dean-O’s Casino for another one. From there, Edward went to the East North Casino, where he stayed until 1.52 a.m., with CCTV footage showing that he tipped the bartender at every turn and even returned his empty bottles to the area. He subsequently walked into a dingy alley, with three youngsters following him, never to make it out alive. The cameras then spotted the males walking out with Edward’s wallet at 2.02 a.m., and just 6 minutes later, they were at a local store spending his money.

They were soon identified as 19-year-old Ranon Bissonette, 19-year-old Hunter High Pipe, and 19-year-old Gabe Selwyn Heikkinen, all members of a local gang called Savage 7. In May 2016, while they were in custody at a county jail for unrelated matters, they were charged with first-degree murder, conspiracy to commit first-degree murder, robbery, and conspiracy to commit robbery. This indictment explicitly mentioned Gabe, but he took his own life two days before it was made official – on May 17. By that point, officials had spoken to them and learned that they’d been drinking and using meth that night.

Where Are Hunter High Pipe and Ranon Bissonette Now?

According to reports, Hunter High Pipe was the first to cooperate with the authorities, revealing that the three of them had jumped Edward Lowry to rob him. Later on, Ranon admitted that he took out his knife and stabbed him four times after they’d already accomplished their goal, becoming the only one who used a weapon. The trio then utilized Edward’s money to buy soda, cigarettes, and more meth. Ultimately, Hunter and Ronan pleaded guilty to a single charge of first-degree manslaughter.

Hunter was sentenced to nearly 60 years in prison, with ten suspended, and will thus be eligible for parole after 25 years (in mid-2040). On the other hand, because the court believed that Ranon was not remorseful about his actions, he was handed a 100-year term, with the possibility of parole after 50, i.e., 2066. Therefore, today, at the age of 24, they are both incarcerated at the mixed-security Jameson Annex Penitentiary in North Drive, Sioux Falls, South Dakota.