Emily the Criminal Ending, Explained: What Happens to Emily? 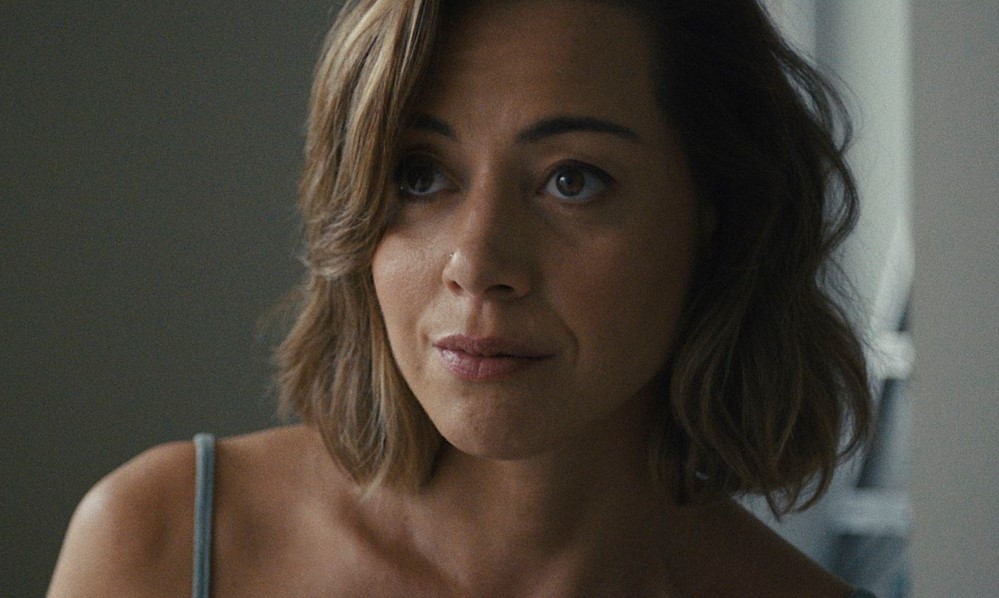 Written and directed by John Patton Ford, ‘Emily the Criminal’ is a crime thriller movie that revolves around Emily, an artist looking for work to pay off her student loan. Emily is a college dropout with a minor criminal record which hinders her chances of getting a good job. So, she starts working with a catering business, but the income barely covers her interests. Through one of her co-workers, Javier, Emily reaches out to a person who runs a dummy shopping business. Youcef and Khalil run the business together and offer people a chance to earn $200 within an hour.

Initially, Emily is hesitant about the entire gig, considering it’s illegal, but caves in, owing to the heavy debt. After the job, she gets a taste for quick and easy money. Soon, she learns the trade from Youcef, but things turn dark when Emily breaks one of Youcef’s crucial rules. Emily reaches a point of no return and has to make a hard choice. So what happens to Emily? Here’s everything you need to know about the ending of ‘Emily, the Criminal.’ SPOILERS AHEAD!

The film begins with Emily giving an interview, and we learn that she has previously been charged with small-time crimes. As a result, she doesn’t get the job and starts working with a catering business to clear her debt of over $70,000. When Javier gives her Youcef’s number for dummy shopping, she texts the number and is asked to arrive at a warehouse-like building. She meets with Youcef’s brother Khalil and gets a fake driving license made under the name of Jennifer Goodwin. Several other people also get their fake driving licenses made, following which Youcef gives everyone the brief. Youcef tells everyone they are getting into something illegal, and if they want to walk out, now is the time.

Youcef explains how dummy shopping works, and Emily gets up to leave, considering it’s a crime. However, the man asks her to stay because she can make $200 within an hour. Emily buys a big flat-screen TV and gets $200, but Youcef offers her a bigger opportunity. He tells her ere is a gig worth $2000 for the next day, and if she’s interested, she can join. The next day, the gig involves Emily stealing a car, and the risk is much higher. Emily gets quite close to getting caught but somehow manages to escape. Youcef pays her $2000 but also goes the extra mile to drop her home and tend to her wounds. With the loan piling up and her job situation not changing, Emily decides to go deep into the dummy shopping business.

Emily learns from Youcef how to use actual information, print it on fake credit cards, buy things, and sell them illegally. Youcef gives her three simple rules: Do not use cards with ATMs. Do not meet customers at home. Do not go to the same store twice a week. Emily breaks the second rule and, as a result, almost gets robbed of ten to fifteen grand. Youcef and Emily’s relationship develops as time passes, and the two sleep together. Youcef tells her that he’s planning to buy a house and will give the down payment soon.

But things awry when Emily breaks the third rule. Her video is posted on a police website which causes a rift between Youcef and Khalil. Khalil stops working with Youcef, so he and Emily decide to rob Khalil. So, what exactly happens to Emily and Youcef? Do they rob Khalil? Does Khalil kill Emily and Youcef? Well, let us find out.

Emily the Criminal Ending: What Happens to Emily?

Emily steals the money and moves to South America without Youcef. She starts her own dummy shopping business there and takes the same role as Youcef. Emily is finally free from student debt and all her other worries, but her freedom comes at a cost. When Emily and Youcef go to the warehouse to steal everything, they find it empty. As it turns out, Khalil somehow moves all goods before the two arrive. In addition, Youcef also learns that Khalil withdrew all the money from their joint bank account and begins to blame Emily for breaking the rules. According to him, if she had stuck to the rules, Khalil wouldn’t have separated from Youcef, and he wouldn’t be in this mess.

However, Emily seems more concerned about her loan and the money she would have made if she had robbed Khalil. So, Emily decides to retaliate by going to Khalil’s place and taking the money from him. Youcef hesitates because he understands the risks, but Emily convinces him. When they reach Khalil’s house and look for him, Khalil attacks them from behind. Khalil knocks Youcef on his head and tries to strangle Emily. Emily takes out a box-cutter knife, stabs Khalil, and the latter falls next to her.

Before Emily steals the money and takes Youcef with her, she gives Khalil a phone to call an ambulance for himself. After heading out, Emily realizes that Youcef’s wound on the head is making him incoherent, and he might pass out. She tries to keep him awake while looking for the car keys, but Youcef passes out. So, Emily leaves Youcef, takes all the money, and escapes to South America. In the end, Emily earns her freedom and starts her own dummy shopping business, but the freedom comes only after she betrays the man who looked out for her.

If we look at Emily’s arc from the beginning, it seems she was destined to end up where she did. Emily is a lonely and desperate person who cannot get a well-paying, stable job. As her debt piles up, she knocks on every door possible to make enough money and repay her loan. For instance, she interviews for a job where she would have to handle private medical files. After being questioned about her assault conviction in a convoluted manner, Emily storms out and loses the opportunity. Later, we see her working at a catering business where the boss is ruthless about employees taking emergency leaves. She knows it isn’t fair, and the burden of the student loan becomes heavier each day.

Emily also applies to an advertising agency, where she gets an internship opportunity. However, she learns that the position will be unpaid, and she’ll have to work for a least 5 to 6 months before getting the chance to move up the ladder. Once again, Emily storms out because of how unfair the system is. At different points in the movie, these incidents occur and slowly push Emily deeper and deeper into the dummy shopping business. For her, clearing the student loan is the only priority in her life, and she is willing to do anything to get the money for it. Thus, in many ways, she is a victim of the system where students incur massive debts due to their loans and cannot repay them.

However, her circumstances aren’t the only factor behind her actions. We find out that Emily’s assault conviction involved her ex-boyfriend, with whom she fought a lot. Before Youcef and Emily enter Khalil’s house, the former says she regrets not going far enough. If she had, her ex-boyfriend wouldn’t have dared to call the cops. The statement shows how Emily doesn’t like being backed into a corner or exploited. For instance, when the car dealer tries to catch her, she uses pepper spray on his eyes and drives away.

Another instance is when the robbers take her money and try to scare her. The man says he knows where she lives, implying that he can steal from her anytime he wants. Emily doesn’t take it lightly and follows them to their truck. She tases the man and threatens the woman by reading her address out loud. Emily says that now even she knows where the woman lives. After this, Emily takes the money they tried to steal and walks away. In the final confrontation with Khalil, she stabs him and asks him for the money while holding the box-cutter knife against his throat. Khalil denies having money and tells Emily he might lose too much blood and die.

The fear in Khalil’s voice makes Emily more confident, and she continues to ask him for the money. Finally, Khalil tells her that the money is in the fridge and she can take it all. Before leaving, Emily becomes confident enough to give him a phone and call for an ambulance to save himself. When Youcef passes out in the car, Emily realizes that if she stays with him, everything will come crashing down.

Emily will never be able to pay her loan off, has to go to prison, and her life will practically end. So, Emily stops caring about Youcef because her freedom is more important than her relationship with him. In the end, Emily decides to start her own business because she had gotten good, and it was the only way she knew to make money and live her life.

Do Youcef and Khalil Die?

Although it isn’t explicitly revealed, Youcef most likely dies, and Khalil lives. Since the latter had a phone, he might have called for the ambulance and saved himself. But Youcef’s wound was so bad that he couldn’t properly walk and finally passed out. There’s a good chance he dies because help doesn’t arrive in time for the man. Between Khalil and Youcef, the former is shrewder. As a result, he is always a step ahead of Emily and Youcef. Khalil knows Youcef will try to steal everything, so he moves all the goods and takes all the money.

Khalil also knows that Emily and Youcef will try to come for him, so he decides to hide. When Youcef and Emily enter the room and don’t find him, he surprises them by attacking Youcef from behind. Youcef’s injury is deep, and we know this because he’s profusely bleeding from his head. Thus, it is likely that Youcef will die. On the other hand, Khalil isn’t as affected by the stabbing wound as Youcef. So, he might survive because Emily allows him to call an ambulance.