Is Enemy at the Gates a True Story? 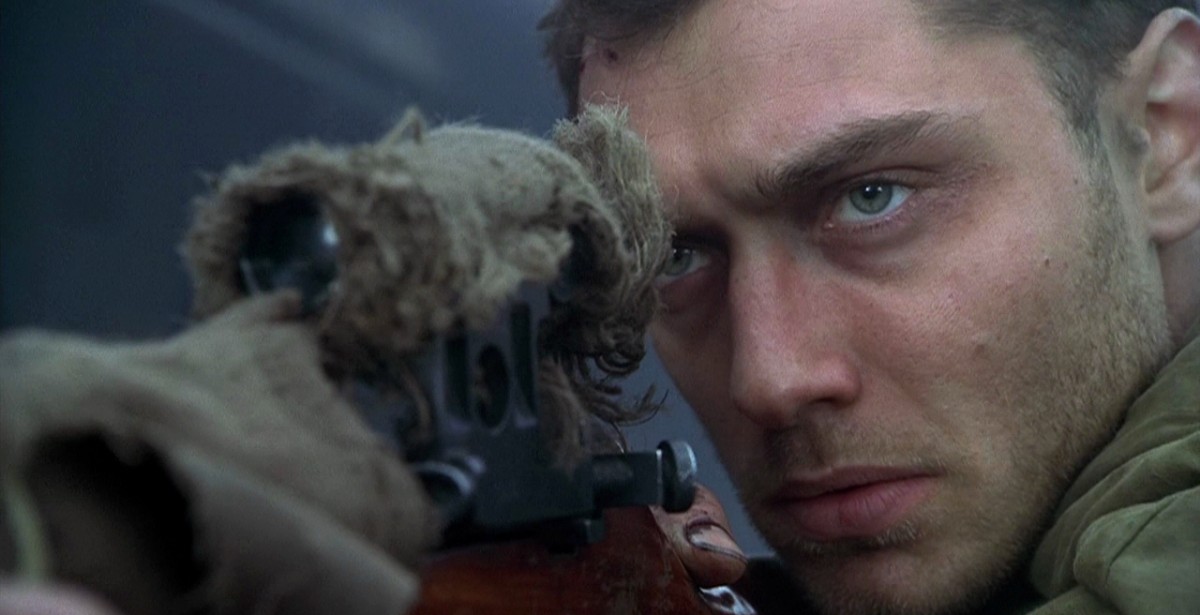 There is a certain je ne sais quoi attached to historical war films. Be it ‘Dunkirk’ or ‘Pearl Harbor,’ such productions arouse people’s curiosity and provide a dramatic (albeit usually fictional) reenactment of some of the most disastrous and impactful events in the world. They give us a chance to go back in time and witness incidents that have literally changed the course of history. Another film that is a part of this club is ‘Enemy at the Gates,’ and as is the case with most war movies, one can’t help but wonder how accurate it really is. Let’s find out!

Is Enemy at the Gates Based on a True Story?

No, ‘ Enemy at the Gates’ is not based on a true story. However, it does seek inspiration from real events. Although the film is set against the Battle of Stalingrad that took place during World War II, the actual plot itself focuses more on the clash between the sniper and Hero of the Soviet Union, Vasily Zaytsev, and the German warrior, Major Erwin König. Jude Law appears as the former, whereas the latter is brought to life by Ed Harris. In fact, the movie is partly based on the book ‘Enemy at the Gates: The Battle for Stalingrad’ by William Craig. Before we explore this rivalry, let us take a look at one of the bloodiest events of World War II.

The Battle of Stalingrad began on August 23, 1942. It was actually one of the most infamous confrontations between the Germans and the Soviets during the war. Previously, German forces tasted defeat when they tried to capture the western part of the Soviet Union, and ultimately, they failed to take control of Moscow. Therefore, Stalin and his generals were expecting another attack on the city. However, Hitler had other plans. The German Wehrmacht realized that Stalingrad (now Volgograd) was an important industrial city that fueled the Soviet war effort. Therefore, if it could be conquered, the Germans would have yet another victory to their name.

Another reason that Hitler sought to capture it was for propaganda since Stalin’s name was nestled in the name of the city. Therefore, the 6th Army of the Wehrmacht launched an attack on Stalingrad. For context as to how sanguinary the battle was, almost 2 million people were killed by the time it ended in February 1943. This number includes both military personnel and civilians. It was the Germans that lost this battle. This defeat is also important as it was the first time Hitler publicly acknowledged a failure. Many historians also believe that the event marks a significant milestone concerning the ultimate victory of the Allied forces. 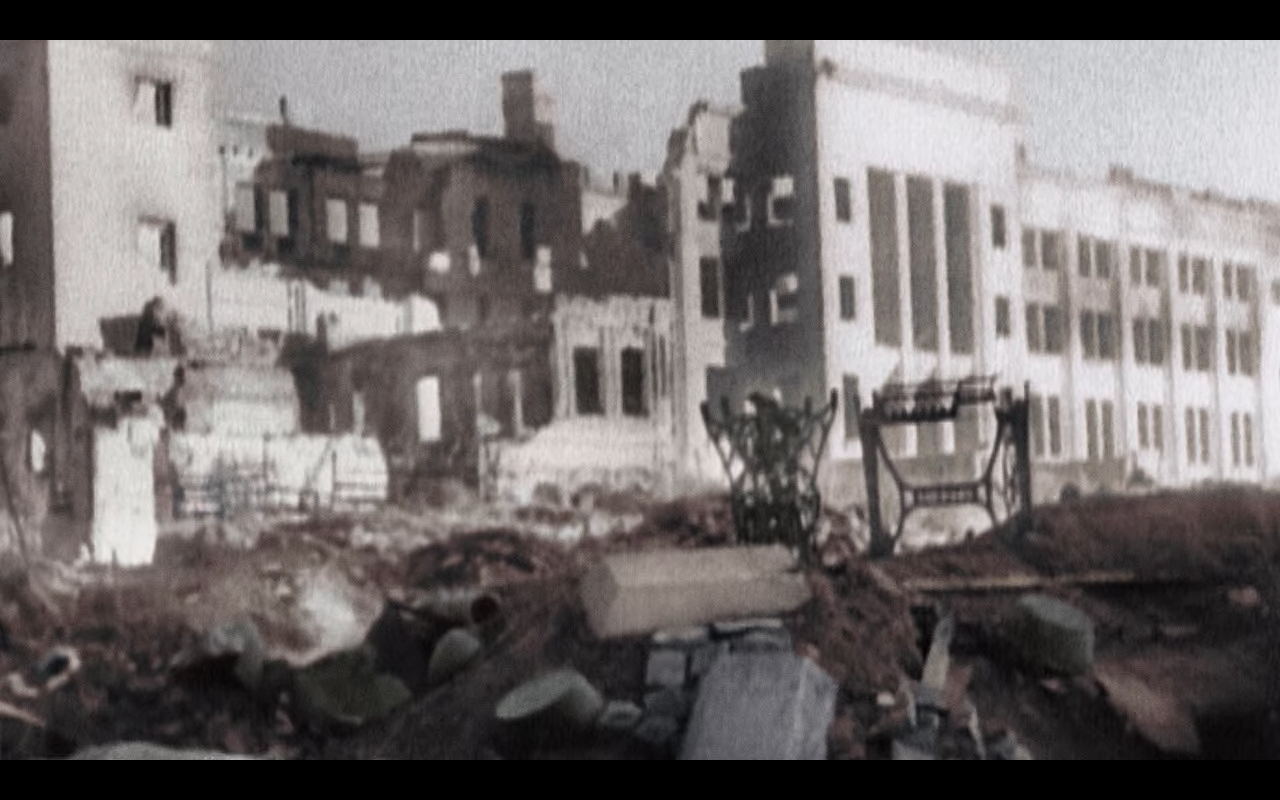 Given the historical consequence of the Battle of Stalingrad, it is enticing to believe that the warmongering tryst between Vasily Zaytsev and Major Erwin König actually occurred. But did you know that the latter has only been mentioned in Zaytsev’s memoir titled ‘Notes of a Sniper’ and William Craig’s book? There is absolutely no other documentation by official sources that verify the existence of such a person. According to the Soviet sniper’s narrative, the alleged battle between the two occurred over a span of three days. Zaytsev referred to his German counterpart as Herr Koning in his memoir. 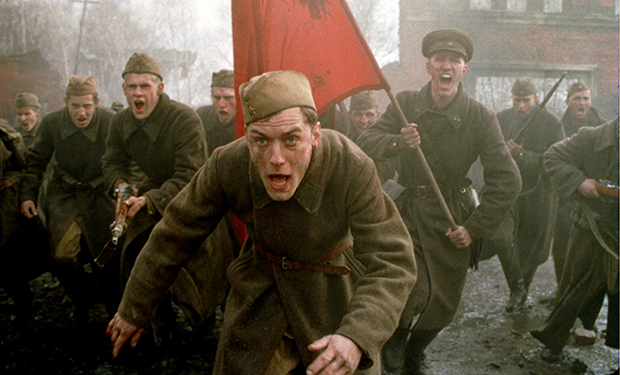 The celebrated Soviet sniper claimed that his enemy was identified by documents taken from his dead body and was supposedly the head of the German sniper school. Zaytsev was allegedly able to find the German by catching a glint of his rifle’s scope, which Zaytsev kept as a souvenir later. Reports suggest that Matthäus Hetzenauer, the most successful German sniper on record, had a kill count of 345. But he only received the rank of Gefreiter, which is usually the second rank given to a soldier.

It is the equivalent of either private, private first class, vice corporal or corporal, depending on the NATO-allied force. Therefore, the possibility of Herr Koning as a Major seems rather unlikely. It was also said that years after the war, a woman came up to Vasily Zaytsev in Berlin, claiming to be his rival’s daughter. However, Soviet officials evacuated him from the scene to not cause a commotion. Could it be the case that Major Erwin König was simply a propaganda used by the Soviets? We may never know the truth. 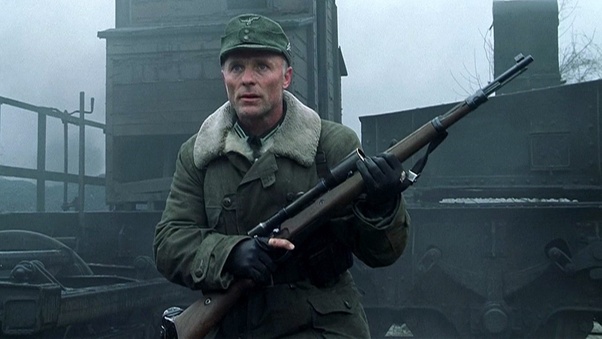 The director, Jean-Jacques Annaud, stated that he was drawn to the story because it allowed the horrors of the Battle of Stalingrad to be portrayed through fewer characters. When asked about the authenticity of the rivalry, he stated, “I feel I’m like a person building a bridge. The pillars are history books and the spans between the pillars are invention. I believe this is what happens with history in general. You have an element of truth and after that it builds into a legend. This is the legend of Charlemagne, of Joan of Arc. We know the legend: what do we know about the life of Jesus Christ? It’s written hundreds of years later by people who never met the guy.”

Read More: The True Story Behind The Longest War