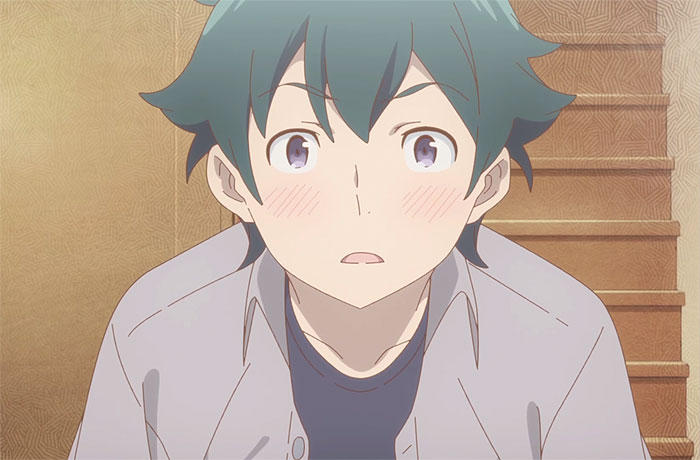 Eromanga Sensei is a Japanese romantic comedy anime television series which is based on a light novel series of the same name. Written by Tsukasa Fushimi and illustrated by Hiro Kanzaki, the light novel series was first published on December 10, 2013, and new volumes are being published even today. A year later, the light novel series was adapted into a manga series with art by Rin. Subsequently, famed anime studio A-1 Pictures announced plans to adapt the source material into an anime television series, and Eromanga Sensei season 1 made its way to viewers’ screens on April 9, 2017. It was an immediate hit among fans of the source material and new viewers alike, and since then, fans have been waiting to hear news on a second season. Here’s everything we know about the prospects of Season 2 thus far.

Eromanga Sensei Season 2 Release Date: When will it premiere?

Eromanga Sensei season 1, consisting of 12 episodes, premiered on April 9, 2017 and it ran till June 25 of the same year. Subsequently, a couple of original video animation (OVA) special episodes, under the title Eromanga Sensei: Imouto to Akazu no Ma OVA, were released on January 16, 2019.

Unfortunately, despite the release of the OVA specials, Season 2 has not been announced yet. That being said, there’s no reason to be worried just yet. Anime shows sometimes take years to renew, so there’s still plenty of time left for a renewal to be announced. Additionally, the recent release of the two OVA episodes hints at A-1 Pictures’ intent to keep the franchise alive. Further, there’s no dearth of source material considering that new volumes of the light novel series are still being published.  Given these facts, we think there’s a pretty decent chance of Season 2 being made. We believe that the likelihood of Eromanga Sensei season 2 release date falling sometime in 2020 or 2021 is quite high. We’re keeping our ears open for news on the next season of Eromanga Sensei, and we’ll update this section as soon as we hear something reliable.

For those who like watching anime shows in English, the bad news is that Eromanga Sensei does not have an English dub yet. However, the original Japanese version has been praised worldwide for its brilliant voice actors, and you can find episodes with English subtitles on Crunchyroll and Amazon Prime.

One year prior to the events in the show, high schooler Masamune Izumi became step-siblings with Sagiri Izumi. However, before they could grow into a happy family, tragedy befell them, resulting in the death of their parents. The incident left Sagiri shattered, and she shut herself in, while Masamune was forced to earn a living to sustain themselves.

Having a passion for writing light novels, Masamune thus took up writing light novels to earn a living. However, owing to his complete lack of artistic skills, Masamune had to resort to taking the help of an anonymous illustrator, known by the pen name Eromanga Sensei. With Masamune’s crisp writing and Eromanga Sensei’s erotic and brilliant artwork, Masamune soon made a name for himself, despite his young age. In spite of Masamune’s popularity and his efforts to keep the family going, he found no success in trying to convince Sagiri to leave her room, where she had lived for more than one year.

This, however, changes when Masamune, through a series of embarrassing incidents, comes to realize that his illustrator is actually his little sister. With the truth out, the relationship between Masamune and Sagiri quickly reach new levels of excitement, and Sagiri emerges out of her shell as the brother-sister duo prepare themselves to face the light novel industry together. Things, however, get more complicated and exciting when a beautiful, female, best-selling shoujo manga creator enters the fray and becomes their biggest rival. In this backdrop, the show traces the evolving relationship between Masamune and Sagiri and their efforts to establish themselves in the light novel industry.

While Eromanga Sensei has dozens of characters, the brother-sister duo at the heart of the story are the only main characters in the show. However, there are also other characters who are important to the plot of the show, and below, we’ve provided you with brief backgrounds on each of them.

Masamune Izumi: The male protagonist of the show, Masamune is a 15-year-old first year high school student. From an early age, Masamune had demonstrated a knack for writing light novels, and had even won an award for it when he was in junior high school. When a tragedy befalls his family, Masamune is forced to turn his hobby of writing light novels into a career so that he can sustain himself and his step-sister. For the same, Masamune employs an anonymous but reliable illustrator known as Eromanga Sensei, and soon rises to fame owing to Eromanga Sensei’s brilliant, erotic artwork. However, Masamune’s life takes an unexpected turn when he finds out that Eromanga Sensei is actually his younger sister, and the two of them then embark on a journey to establish themselves in the light novel industry.

Sagiri Izumi: The female protagonist of the show, Sagiri is a 12-year-old first year junior high school student. Shortly after she became step siblings with Masamune, their parents died in a tragedy leaving her shattered. Consequently, she shut herself in her room, and spent an entire year there living as a hikikomori. Unbeknownst to Masamune, she also illustrated several light novels for him under the pen name Eromanga Sensei during this period. When Masamune finally discovers the truth, he convinces Sagiri to come out of her shell so that they can forge a career in the light novel industry.

Elf Yamada: Although not a main character in the show, Elf is pretty important to its plot. Elf is a 14-year-old popular light novel and manga author, and is known to have sold over two million copies. She comes into the picture when she moves in next to Masamune and Sagiri and becomes their rival. It is later revealed that Elf is actually her pen name and that her real name is Emily Granger. Over the course of the show, she develops romantic feelings for Masamune and even confesses her feelings to him.