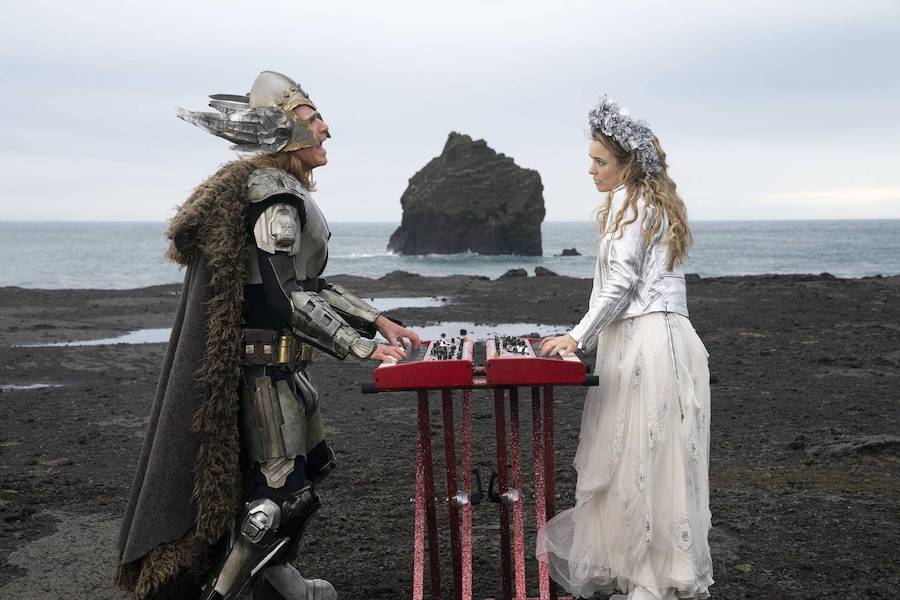 ‘Eurovision Song Contest: The Story of Fire Saga’ is the story of two Icelandic musicians who dream of winning the Eurovision contest. Starring Will Ferrell and Rachel McAdams, the film delivers lots of laughs. The main focus, however, is on the music. Keeping up with the spirit of the actual contest, the filmmakers created original soundtracks for the film, which reflect the musical talents of the protagonists. They also rely on songs of other artists to maintain the beat of the story. Here are all the songs that feature in the film.

The soul of ‘Eurovision Song Contest’ lies in its music. Lars and Sigrit have given their lives to music and to winning the contest, and along the way we discover the gems that they have created in their small town of Húsavík. All these songs have been performed by Will Ferrell, Rachel McAdams and Molly Sandén.

The first song that displays their talent to us is ‘Volcano Man’, for which we also get a stylish Viking-style music video, which is cut short by Lars’ father. The next song, ‘Jaja Ding Dong’ appears to be a favourite of the townsfolk, though Lars doesn’t like it very much. The song that he really wants to play for his people is ‘Double Trouble’, the one that he and Sigrit have prepared as an entry into the contest. While it gets them through a rocky journey into the finale, the song that actually wins the audience in their favour is Sigrit’s ode to her hometown. In their final performance, they play ‘Húsavík’ in which Sigrit hits the speorg note.

Apart from the songs of Fire Saga, the film also gives us a glimpse into their competition. We get a taste of the real talent of Iceland with ‘In the Mirror’ by Katiana (Demi Lovato), who was the first and only choice for the Eurovision contest. With Katiana out of the way, the fiercest competition in Eurovision turns out to be Alexander Lemtov and his song, ‘Lion of Love’ (performed by Erik Mjönes).

Other songs performed by several competitors are Running With the Wolves by Courtney Jenaé and Adam Grahn; Hit My Itch by Antonio Sol, David Loucks, Taylor Lindersmith and Nicole Leonti; Come and Play (Masquerade) by Petra Nielsen; and Coolin’ With Da Homies by Savan Kotecha.

Where to Listen to Eurovision Song Contest: The Story of Fire Saga songs?

Netflix collaborated with Arista Records to release the complete soundtrack of the movie. The songs are available on all music streaming platforms. You can listen to it on Apple Music, Spotify, Amazon Music, YouTube Music, and Soundcloud.

Here are all the other songs that additionally feature in the movie: