Everywhere: Everything We Know 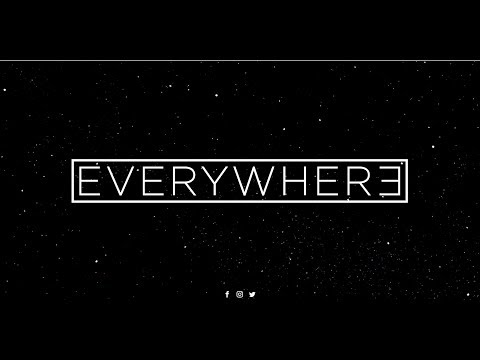 Imagine a game that simulates real life. A game where you are free to go anywhere, explore any place, and adopt any identity you wish to. A game that has multiple branching narratives so that everyone can have their own unique experience. Sound too far-fetched? What if I told you that this game was being developed by some of the very people responsible for the iconic ‘Grand Theft Auto’ series? Intrigued? Read on to find out everything we know about the upcoming Open World Simulation game titled ‘Everywhere’.

What Can We Expect From Everywhere?

‘Everywhere’ is an Open World game. That’s pretty much all we know for sure about the game. However, we certainly can make some educated guesses and dabble in some conjecture based on what the developers have said about the game. The developers have expressed a desire to craft a “rich and ambient” world, which hints at dynamic interactions with Non Playable Characters (NPCs) and other elements of the game world, and possibly a day-night cycle that directly affects how crucial game mechanics play out. ‘Everywhere’ will reportedly feature a story line with multiple narratives so that each player’s experience is customized for them.

The webpage for the game describes it as follows: “In the near future, technology has brought humanity to the precipice of a world shifting change. There are those who want to use this technology to advantage only themselves, and those who want to use it to help all humankind. Will we look to the stars? Or stare only at our feet? Will we be inspired? Or live in fear? There’s a war between good and evil in the hearts of men and women. Everything is changing. And there’s no going back.”

While Open World Games are fairly common these days as are games with multiple branching narrative paths, very few have actually tried to combine those two game design philosophies. Naturally, conceiving an entire huge living, breathing Open Worlds is no mean feat, and crafting a branching narrative story line isn’t either. Combining them both is certainly a very ambitious undertaking, perhaps even foolhardy. Only time will tell.

The fundamental goal of developer Build a Rocket Boy Games with ‘Everywhere’ is to create a less restrictive gaming experience that prioritizes player freedom over all else. Although the game does take cues from classics such as ‘Metal Gear Solid’, it is largely inspired by real life. ‘Everywhere’ will strive to let players explore alternative identities and guide their own personal narrative. In some ways, the game sounds like a Real Life Simulation game, although the exact scope of the project is yet to be revealed.

Build a Rocket Boy Games has outlined their desire to make ‘Everywhere’ a completely seamless multiplayer experience, with players dropping in and out of the Cooperative Multiplayer mode without even having to think about manually change modes. This could be hinting towards seamless multiplayer experiences as implemented by the likes of ‘Journey’ and possibly the more recent ‘Ashen’. However, the developers have also outlined their plans to keep expanding and improving ‘Everywhere’ for a long time after its release. This could just be their way of telling us that the game will be an always online Live Service game with no offline mode and an endless procession of DLC content.

‘Everywhere’ is being developed in the Amazon Lumberyard game engine. Developed by Amazon, the engine is based on Crytek’s CryEngine and features full integration with Amazon Web Services (AWS) and in built live streaming capabilities on Twitch.

Everywhere Developers: Who Are The People Behind It?

‘Everywhere’ is being developed by Build a Rocket Boy Games, formerly known as Royal Circus Games before their name change in late 2018. They currently have studios in Edinburgh, Budapest and Los Angeles.

Benzies recently left Rockstar in acrimonious circumstances after a legal dispute over unpaid royalties and remains locked in a lawsuit with Rockstar’s parent company Take-Two Interactive.

Everywhere Release Date: When And Where Can I Play It?

Currently, there is no concrete launch date for ‘Everywhere’. The game was officially announced way back in 2017, but a project of its magnitude was always going to take some time to come to fruition. Considering the fact that we haven’t seen any video footage of the game yet, I would imagine that a full release is still a few years away. My most optimistic guess is that Everywhere game will release sometime in 2022.

The developers did confirm that ‘Everywhere’ will initially debut on PC and the latest generation of PlayStation and Xbox consoles. The possibility of a dedicated version for other platforms such as the Nintendo Switch sometime later hasn’t been ruled out yet.