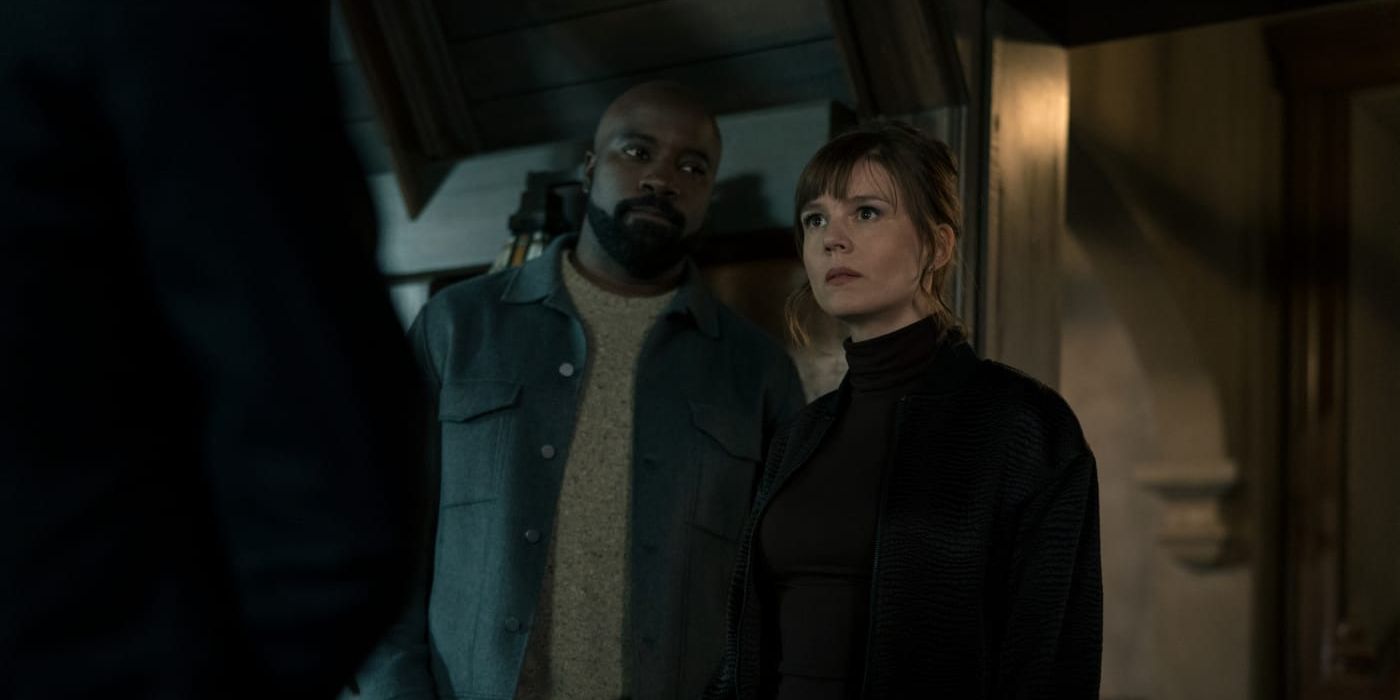 ‘Evil‘ season 3 returns to some unfamiliar storylines with the seventh episode, titled ‘The Demon of Cults.’ The episode sees Kristen, Ben, and David dealing with their issues as the narrative branches into several plot threads without losing the show’s penchant for paranormal and sinister events. The trio investigates a case of demonic possession caused by a religious cult but stumbles across some dark secrets. If you wish to catch up on the episode’s events and seek an explanation about its ending, here is everything you need to know! SPOILERS AHEAD!

The seventh episode, titled ‘The Demon of Cults,’ opens with Vatican agent Victor LeConte visiting David and asking him to do another task. Victor tells David that he will have to plant a surveillance device inside the room of one of the Vatican’s persons of interest. However, after David learns that Victor is asking him to spy on Kristen’s daughter, Lexis, he firmly refuses. David, Kristen, and Ben attend a seminar by a doctor specializing in deprogramming clients brainwashed by religious cults. 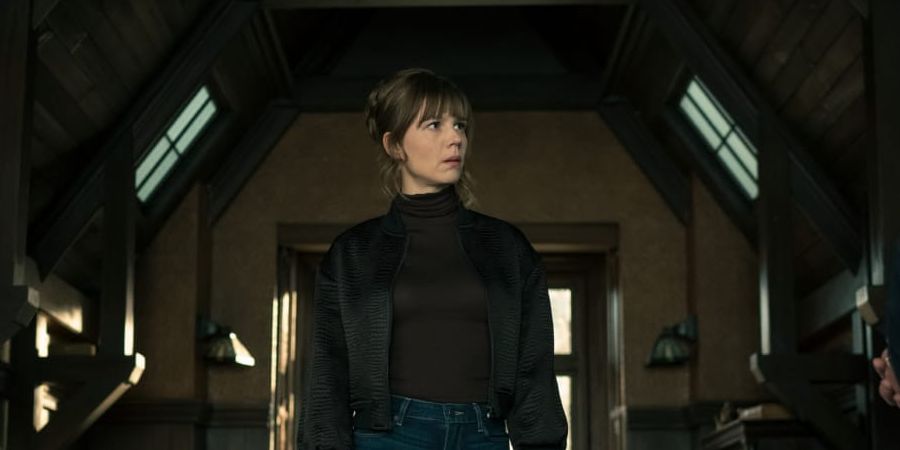 The doctor explains that one of his patients might be possessed. The patient, Owen, is being held at a motel, and the trio visits him. The trio learns that Owen was a part of the cult of Yahshua and began showing signs of possession after attempting to leave them. Later, Ben and David visit Kristen’s house for dinner. The group plays a game of killer, and David uses it to assess whether Lexis poses any danger. However, David is convinced that Lexis is harmless. Meanwhile, Dr. Kurt Boggs receives help in writing his book from Leland. However, Leland convinces Boggs to harm Sister Andrea so that he can continue using the evil powers helping him to write the book.

David, Ben, and Kristen visit the cult of Yahshua. David and Kristen meet Lily friend of Owen, and tell her about Owen’s possession. Ben meets Rene, a member of the Secret Science League who is secretly the cult’s leader. Ben remains behind to learn more about the cult’s methods while David is forced to urgently return after receiving a call from LeConte. Kristen insists on going with David and learns of his association with the Vatican. While Kristen discovers the Vatican’s interest in Lexis, David and Kristen realize that Ben might be in danger.

In the episode’s final act, LeConte meets David once more. However, their conversation is interrupted by Kristen. LeConte explains the situation to Kristen and reveals that evil forces are grooming Lexis. She is being prepared to replace one of the sigils of one of the most powerful demonic houses. Nonetheless, David refuses to help LeConte and takes Kristen’s side. 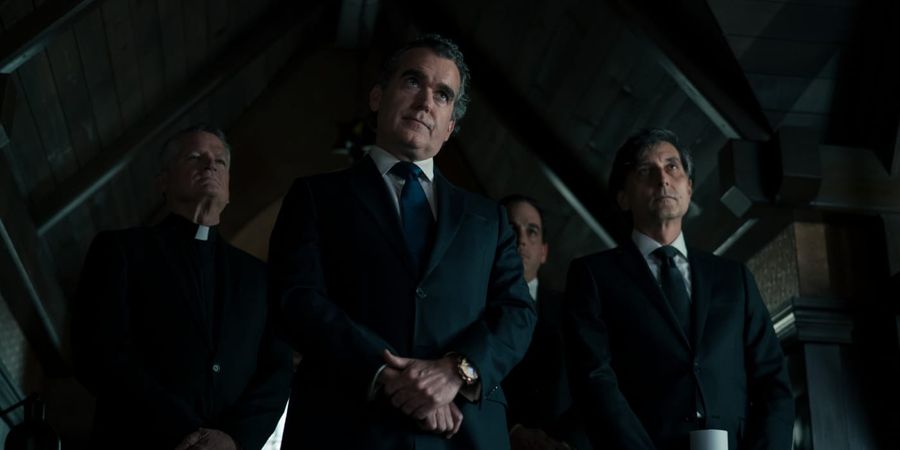 LeConte tries to convince Kristen about the severity of the situation. However, she leaves to hug her daughter. The situation highlights that Lexis’ demonic side originates from the fertility clinic, and more will be revealed about the same in future episodes. Nonetheless, it is evident that Lexis might be under threat and could easily be swayed toward the evil side. Moreover, the Vatican’s interest in Lexis is particularly worrying.

Does Owen Die? What Happens to Ben?

This week’s case revolves around the cult of Yahshua, which is likely responsible for the possession of Owen. In the episode’s final act, David and Kristen realize that the only way to save Owen is to reunite him with Lily. However, Lily is held captive in the motel, where an exorcism is performed on Owen. Kristen and David arrive on time and free Lily. Lily helps Owen fight the demon, and his life is saved. Just as Kristen and David prepare to breathe a sigh of relief, they learn that Ben’s life might be in danger. 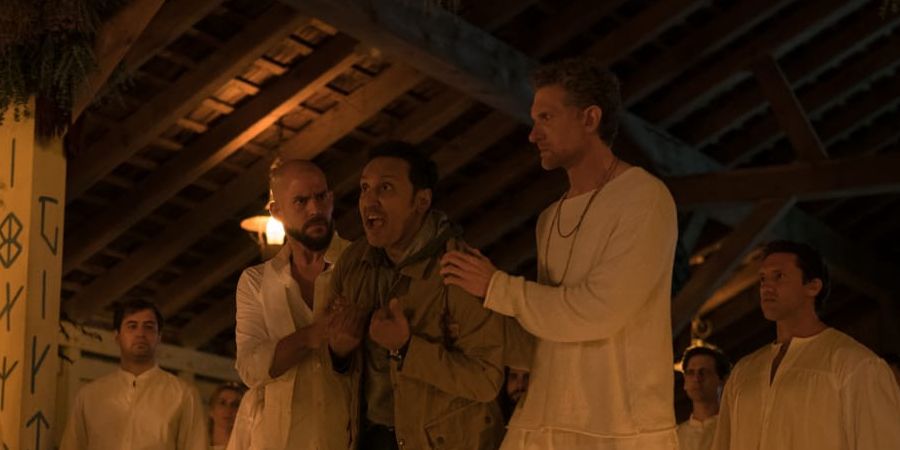 Kristen and Ben attempt to contact Ben but to no avail. Meanwhile, Ben sees the true nature of Rene and the cult of Yahshua. The cult uses people’s guilt and uses it to brainwash them. However, when the same is attempted on Ben, he resists and fights back. However, the situation turns life-threatening after the cult attempts to use Ben as a sacrifice. By the time Kristen and Ben reach the farm, Ben has escaped the cult but is covered in the sacrificial blood of a goat. While Ben’s life is no longer in danger, it is hinted that he has become brainwashed to a certain extent.