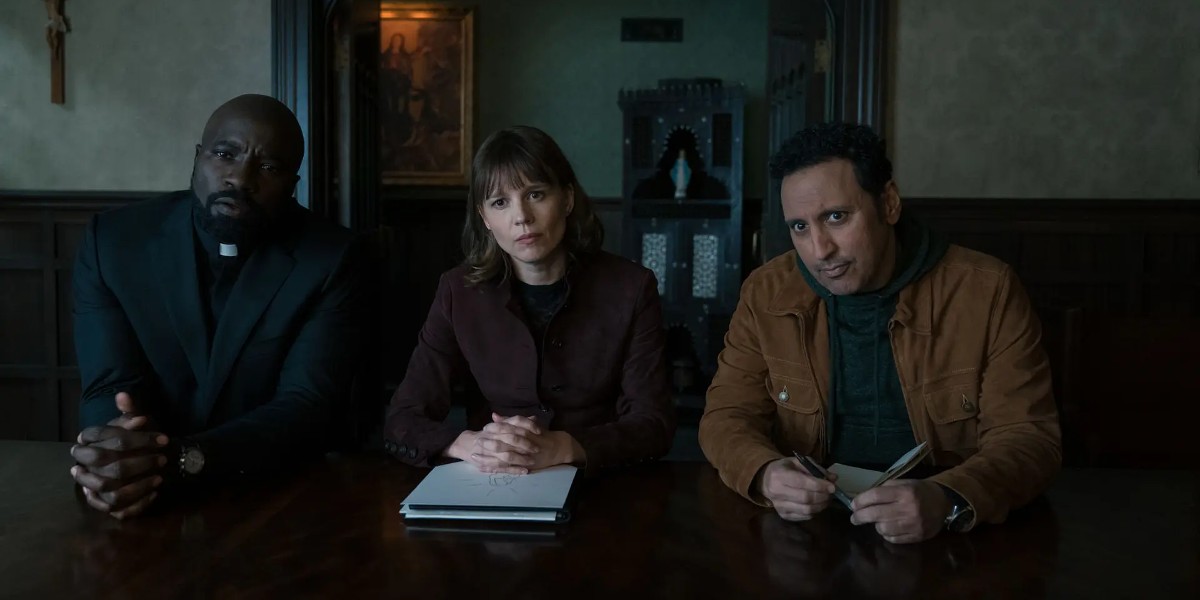 In ‘Evil‘ season 3, David, Kristen, and Ben investigate baffling paranormal cases, primarily involving demons. However, the fifth episode sees them dealing with a spiritual event amidst a tragedy as several people report sightings of an angel. As the trio speaks to the survivors of a building collapse, they learn of the angelic figure, the Lady of the Lamb. If you are wondering whether the Lady of the Lamb is real or a creation of the survivors’ trauma, here is everything you need to know about the ending of ‘Evil’ season 3 episode 5! SPOILERS AHEAD!

The fifth episode, titled ‘The Angel of Warning,’ opens with David arriving at a temporary crisis management shelter after a building collapse kills several of its residents. David provides spiritual support to the survivors in distress at the shelter. He meets a young girl named Kelly, who is catholic. Kelly is in trauma and reveals that she was on the eleventh floor at the time of the accident. She describes a nun with a lamb who saved her during the accident. While David is skeptical of Kelly’s claims, he ponders whether she saw an angel. Meanwhile, another man claims that he saw the woman, and she saved his life.

Soon, David comes across several instances of the nun warning residents of the building and saving their lives. David presents his findings to Monseigneur Matthew, who commissions the assessors to investigate the matter. Monseigneur Matthew explains that a Sicilian nun, Sister Mary, from centuries ago was known for carrying a lamb. If the woman the survivors saw is indeed Sister Mary, the matter could be of interest to the Vatican. Thus, David, Kristen, and Ben start speaking with the survivors who claim to have seen the “Lady of the Lamb.” Meanwhile, Sheryl tries to meet her company’s manager in hopes of bypassing Leland for a promotion.

Evil Season 3 Episode 5 Ending: Is Lady of the Lamb Real?

In the episode’s final act, Ben and Kristen discover that Jennifer, the woman claiming that the Lady of the Lamb is a white woman, isn’t a resident of the building. Moreover, they find holes in her story of spending the night at a friend’s house in the collapsed building. Therefore, they call her in for another round of questioning.

The trio reveals that Jennifer is a false survivor planted by Leland. With the truth out in the open, Jennifer accepts her lies. However, she warns the trio that the evil in the world is increasing. Thus, David, Kristen, and Ben’s side is losing. Ultimately, with the possibility of the Lady of the Lamb being a black woman, the church drops its interest in the investigation and assigns the assessors a new case. Nonetheless, there is not enough evidence to prove the existence of the Lady of the Lamb, and it goes down as an unresolved case.

David adds that asking for his resignation would mean the church would be removing one of the only three black ministers ordained by the church in the past year. The decision would reflect poorly on the church’s public image and imply that there is racial partiality among the church administration. Ultimately, the authorities drop the case against Sister Andrea, and David stops her early retirement with a masterful tactical move.