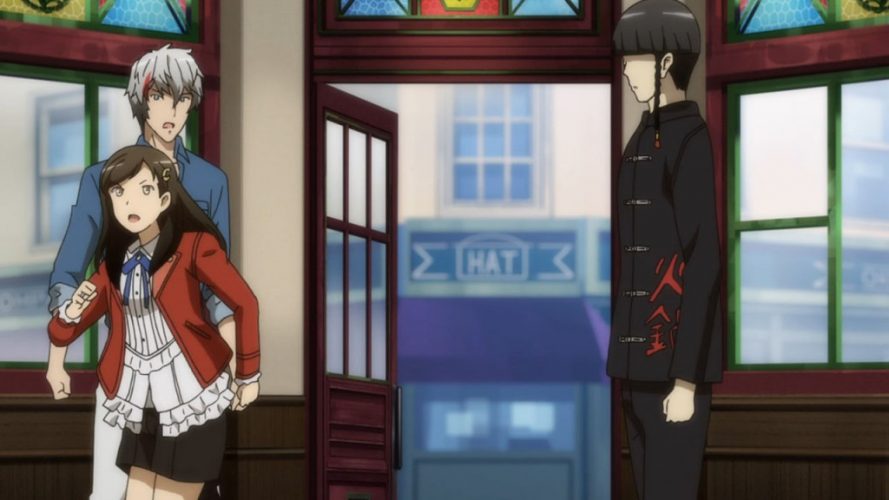 Phantom in the Twilight (also known as Fantomu in za Towairaito in Japanese) is an original action anime television series. Prior to the release of the show, a manga adaptation written and illustrated by Haruta Mayuzumi began serialization in the LINE Manga app on March 25, 2018 and new chapters are being published to this day. Just months after the release of the manga series, Season 1 of the anime television series, produced by game developer Happy Elements and famed animation studio Liden Films, was released on July 10, 2018.

Although it was not very highly rated show, it still managed to get decent ratings and create its own fanbase. With Season 1 now over, fans are eagerly waiting to hear news on a second season and here’s everything we know about the prospects of Season 2 thus far.

Phantom in the Twilight Season 2 Release Date: When will it premiere?

Phantom in the Twilight season 1, consisting of 12 episodes, premiered on July 10, 2018 and ran till September 25 of the same year. In spite of the show’s moderate success, a second season has not been announced yet and it remains to be seen whether a second season will be made.

That being said, there’s no reason to get worried just yet if you’re looking forward to a new season of Phantom in the Twilight. Anime shows sometimes take years to renew and hence, there’s plenty of time left for a second season to be announced. Further, since new chapters of the manga adaptation are still being published, there’s new content being created on a regular basis.

Given this fact, we think that Phantom in the Twilight has a pretty decent chance of being renewed for a second season. However, the anime industry is an unpredictable one and it is impossible to say for certain what fate awaits the show till Happy Elements or Lide Films makes an official announcement on its future. We’re keeping our ears open for news on Phantom in the Twilight season 2 release date and we’ll update this section as soon as we hear something reliable.

Phantom in the Twilight English Dub:

For those who like watching anime shows in English, the bad news is that Phantom in the Twilight does not have an English dub yet. However, this does not rule out the chances of an English dub being made in the future, especially if the show becomes popular among Western audiences. For now, if you want to watch the show, you have to watch the original Japanese version. You can find the same with English subtitles on Crunchyroll. For those who speak Russian, there is also a Russian dub available on Crunchyroll.

Phantom in the Twilight Plot:

Phantom in the Twilight is set in modern day London, and as the name of the show suggests, it has supernatural elements.

The show takes place in a world where “Shadows” are born from human fear and anxiety and exist in a plane separate from humans. In this backdrop, the show follows a human girl named Baileu Ton who arrives in London with a friend to attend college. However, prior to starting college, Baileu is caught in a bizarre accident. With no acquaintances in this new city, she then wanders into the mysterious Cafe Forbidden, which only opens at midnight. At the cafe, Baileu an assortment of handsome, seemingly human men, and learns that it is a place where the guardians who protect the boundary between the human world and the world of the Shadows convene. From here on out, the show follows Baileu’s adventures with her newfound friends.

Phantom in the Twilight Characters:

Although Phantom in the Twilight does not have a long list of characters, there are a few main characters in the show. Below, we’ve provided you with brief backgrounds on each of them.

Baileu Ton: The main protagonist of the show, Baileu is an 18-year-old human girl who moves to London with a friend to attend university. Distinguishable for the moon-shaped pin she wears on her hair, Baileu is a strong-willed young woman who believes that everyone should be responsible for how their decisions affect others. She is also shown to be an extremely loyal and caring friend and will do anything to keep her friends from harm, even if it costs her own life. Later in the show, it is revealed that Baileu is the great granddaughter of Sha Rijan, who was the former owner of Cafe Forbidden. In fact, Baileu wears a magical ring on her right hand, passed down from Sha Rijan, and she also possesses magical abilities. However, if she uses too much magic at one go, her hair turns red and she has to rest before she can use her abilities again.

Vlad Garfunkel: Another main character in the show, Vlad is a vampire who, in the show, is the subject of Bram Stoker’s immortal book, Dracula. Being the mythical Dracula, Vlad is immortal and has lived for an eternity. Over the course of his life, Vlad came to know Sha Rijan and fell in love with her. After Sha Rijan’s death, Vlad kept blaming himself for her suffering. However, Vlad lightens up as the show goes on and after he meets Baileu. Owing to the fact that Baileu closely resembles Sha Rijan, he also falls in love with her. As far as Vlad’s personality is concerned, he appears to be a hard-to-approach and aloof person, but is actually a very warm and caring vampire.

Luke Bowen: Also a main character in the show, Luke is a werewolf who works as a chef at Cafe Forbidden. Having a love for food, Luke really enjoys his work. As far as Luke’s personality is concerned, he is shown to be a happy and cheerful person who takes a lot of pride in his work and cares a lot for his friends. He is also fond of teasing Baileu and annoying Vlad. However, Luke has a dark past which he rarely talks about.