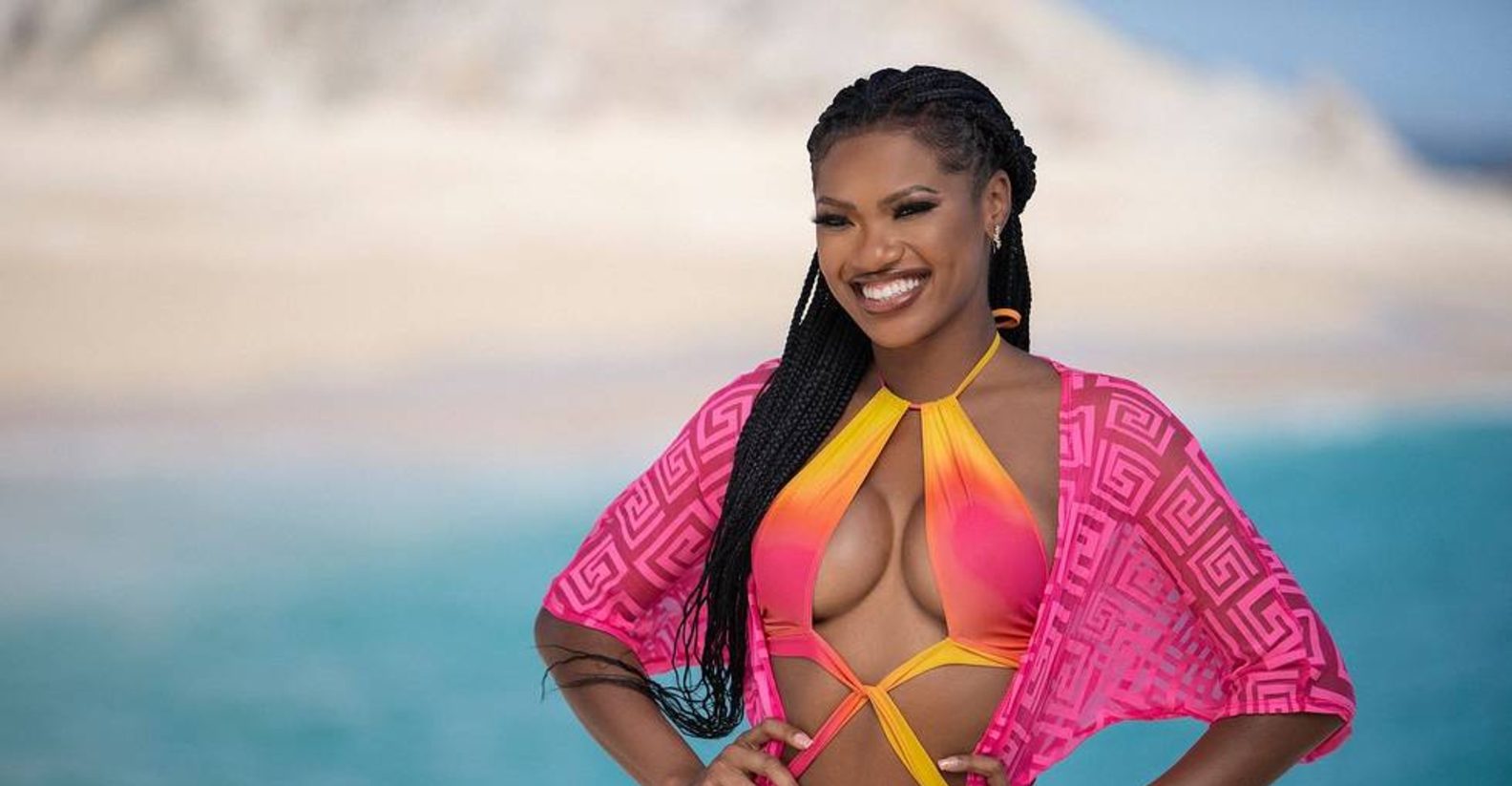 In the modern world, it can be tough to find pure and honest love, but the reality show ‘FBoy Island’ cares to provide just that for three beautiful women. Its intriguing premise involves 24 or more male contestants competing to win these women’s love and affection. The show has been able to stand out from other dating shows, as here, the ladies have to make sure they pick the right guy. Their task is to tell the good guys looking for love from the self-described Fboys who are only in it for the prize money.

Viewers get to see the drama as each girl gets to take the boys on dates and choose who to eliminate from the tropical island. Mia Emani Jones, a beautiful young woman from Delaware, is one of the three women who appeared in season 2. Against the gorgeous ocean and beach backdrops, she entered ‘FBoy Island’ to increase her dating possibilities. In doing so, her personality shined through, and Mia garnered a huge fanbase. As her admirers seem to be intrigued to know more about her, here’s what we found out!

Born in 1996, Mia is a 26-year-old who grew up in Middletown, Delaware, around people who believed she was destined to be famous. Mia is extremely close and grateful to her family members since they have been highly supportive and encouraging of her career choices and her decision to enter the world of reality shows by joining ‘FBoy Island.’ Her immediate family includes her parents and siblings, while she is also quite close to her grandparents as well as aunts.

In fact, in an interview with Delaware News Journal, Mia talked about how her aunt and dad encouraged her to go to the show. “I know that’s very interesting, my dad is actually a huge fan of the show. He loved it and watched the whole first season. He never really told me why he wanted me to be on there.” She also recollected her grandfather’s belief that she would be famous in her future, calling her “Hollywood” in her younger days.

Mia has great admiration for her parents’ love story and hopes to find someone she could have a real relationship with, just like her parents. Talking about their relationship, she told Tampa Bay Times, “My parents have now been married for 26 years and they’re still married. And my dad just worships the ground my mom walks on.”

Growing up, Mia did have quiet struggles with her self-esteem because of the bullying she faced in her teen years. She revealed that she was once a target of bullying due to her being 5 feet 11 inches tall. Mia said that she was made fun of for having ADHD and dyslexia, which eventually had such a negative impact on her that at the age of 14, she made an attempt on her life.

“I felt like I couldn’t communicate with my parents what was going on. And I should have, because I know my parents, they would help me. But I kept everything in instead of letting everything out,” said Mia. Thankfully, she was able to move on from that and reinvent herself by joining the pageantry.

After entering the pageant world, Mia won not one but two titles, the Miss Delaware Teen USA title in 2014 and the Miss Delaware USA title in 2017. In 2019, she was also crowned Miss Earth USA Water 2019 in the Miss Earth USA pageant. As the woman slowly gained more confidence, she went on to graduate from Delaware State University in 2018 with a Bachelor’s degree in Art Education. Then in 2019, she started studying to become an orthodontist at a dental school in Tampa, Florida.

Apart from learning and honing her skills, Mia works hard as a dental assistant and is set to graduate in 2025. Besides, she also manages time to mentor aspiring pageant winners and work as a Senior Buyer and Consultant at Cecile Boutique. Mia also shared with People that she loves to draw, paint, travel to the Dominican Republic, and try new foods, like different kinds of sushi, in particular.

Is Mia Emani Jones’ Dating Anyone?

Mia was in search of true love and got tired of finding her perfect match on dating apps, in bars, or at the grocery store. The Tampa Bay dating pool was not working for her so she found this creative way of finding her true love on the show. “I went there to find a genuine connection. So to me, it doesn’t matter their status, like if they’re a fboy or a nice guy. I just want someone to like me for me and I can tame a fboy if I need,” she said.

Despite trying to date a few men on the show, including Danny and Kian, Mia seemed to click well with Peter Park, a returning participant from season 1. As of this writing, Mia’s relationship status remains unclear as she has not chosen to reveal anything about her romantic life in the public sphere. From what we can tell, she seemed to be mainly involved with finishing dental school and reorienting her career as a dentistry student to ultimately become an orthodontist.