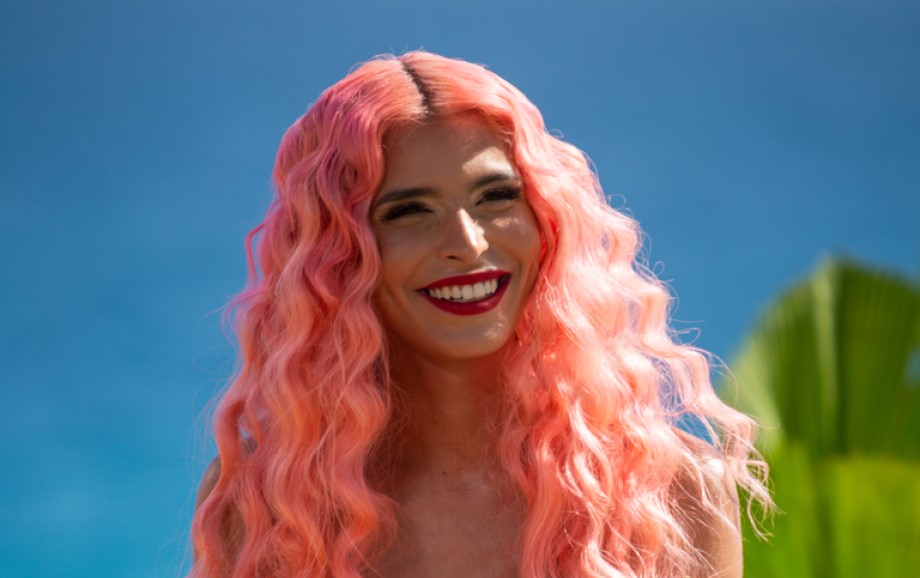 Created by Elan Gale, ‘FBoy Island’ is a dating series that brings in several men on an island to compete for the affections of three gorgeous women. However, not all contestants have love on their minds. Half of the participating men are self-proclaimed fboys, while the other half consider themselves nice guys. While the men try to woo the women, the latter has to ensure that the person they pick is not only the right pick for them but is also not a philanderer. While the fboys want to be selected to gain the cash prize waiting for them, the nice guys are hoping to form a real connection.

Every season, the show welcomes stunning women who come to the island to find the perfect partner. Season 2 of the reality series featured Tamaris Sepulveda, whose beauty and antics gained her several followers on the tropical island as well as outside of it. While many viewers enjoyed her presence in the series, many were curious to know more about the reality star. What was Tamaris up to before her appearance on the show, and what does she do for a living? Well, here’s everything we know about Tamaris Sepulveda.

Tamaris Sepulveda is a 29-year-old model who grew up in The Bronx, New York, and was a tom-boy during her younger years. Going into the second season of ‘FBoy Island,’ Tamaris believed that her childhood experiences would provide her an advantage over the so-called fboys. Apparently, she grew up listening to what boys would say about girls. Tamaris believed that her knowledge of the working of how men thought of girls would help her separate the fboys from the nice guys.

As of writing, Tamaris calls Miami, Florida, her home. She pays close attention to her fitness and prefers pilates as a form of exercise. Her beautiful voice is another of her many talents that will make you admire Tamaris even more. The multi-talented reality star seems to have an eye for advantageous opportunities and always tries her best to make the best of the situation.

Tamaris works as an Account Executive though the reality star is making big strides in the world of modeling. It is evident to see the effort that Tamaris has poured into furthering her modeling career. The reality star has seemingly been a part of several photo shoots over the years. It is possible that she might someday make a permanent career switch and leave the financial industry behind her.

The reality star also likes to cultivate the Metaverse and reap the benefits from the same. She started working as Director of New Engagement for New Brave World in April 2022. The company helps content creators to take advantage of the opportunities provided by the Metaverse. She also converted her passion for fitness into a job opportunity and started working as District Sales Manager for Anatomy in April 2022. Tamaris also seems pretty invested in Non-Fungible Tokens or NFTs.

Just got my 2nd #NFT “Golden Future” by @ImBrendanNorth LETSSS GOOO !! Love his work and hope to collab one day. ✨ pic.twitter.com/IbOugKfW7N

Her social media is a testament to the New Yorker’s dedication and talent. ‘FBoy Island’ certainly provided Tamaris an opportunity to elevate her fame and gain recognition. From what Tamaris shared with People, it seems that the reality star liked the challenge that ‘FBoy Island’ presented. The opportunity to share her heart with someone special was also something that appealed to Tamaris. Her presence on the show certainly endeared her to the viewers and helped her garner a huge fan following. Her admirers would certainly be happy should Tamaris appear more on the small or big screens.

Is Tamaris Sepulveda Dating Anyone?

Tamaris was apparently also looking forward to finding a romantic partner through the show before its production. Given her appearance on ‘FBoy Island,’ her romantic history is certainly interesting. During the second season of the reality series, the 29-year-old went on dates with several men. However, the two men she was most linked with were Tom Carnifax and Casey Johnson. As of writing, Tamaris’ relationship status is not publically clear.

As a model, Tamaris seems to be focused on her modeling career and promoting her ventures through social media. She likes to keep her fans updated on what she is up to. The reality star also travels between Miami and New York when required for her modeling projects.