Are Tamaris and Tom From FBoy Island Still Together? 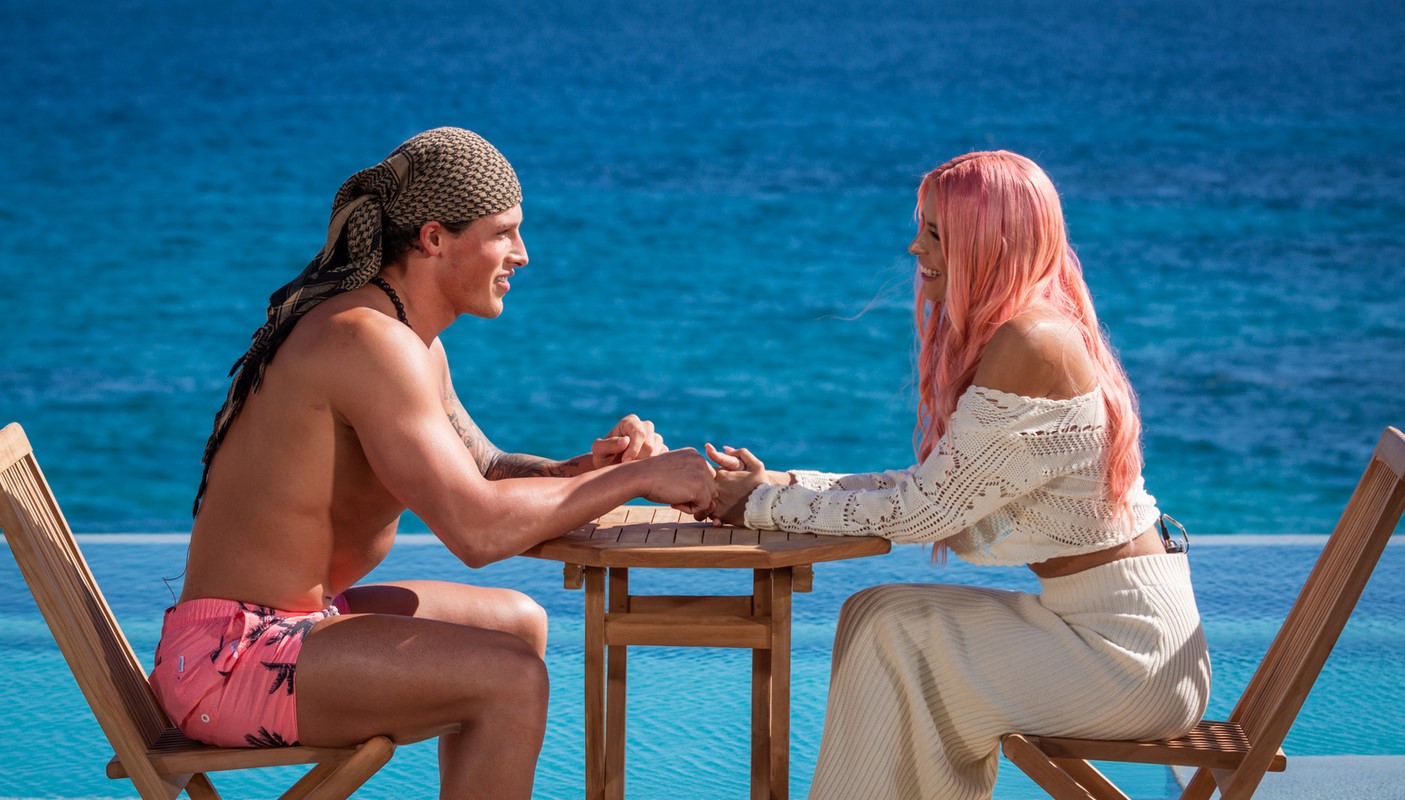 ‘Fboy Island’ is an exciting dating reality show that stands out from the crowd through its intriguing premise. Revolving around three ladies, the show follows them as they mingle with 26 male contestants hoping to find their perfect partner. Unbeknown to them, half of the male contestants comprise nice guys, while the other half consists of FBoys, who can break hearts for money. The ladies take the guys out on dates throughout the season and determine whom to eliminate at the end of each episode. However, not surprisingly, the FBoys are on the show to bag the cash prize for themselves, while the nice guys hope to find the love of their life to share the money with.

Ultimately, the show tries to find out if love can make FBoys reform themselves. Interestingly, sparks flew when Tamaris Sepulveda, a 29-year-old account executive from New York, laid her eyes on fitness influencer Tom Carnifax during ‘FBoy Island’ season 2. The pair did not take long to take to each other and were even spotted making out just days into the competition. Hence, as the cameras are now turned away, fans are interested to find out if Tamaris and Tom are still together. Let’s find out, shall we?

Tamaris was left smitten the moment Tom walked into the frame and introduced himself. She later mentioned that she adored his charming nature and realized she would vibe well with him. Thus, quite naturally, when it was time for Tamaris to hand out her VIP cards for Brochalla, Tom found himself among the men she preferred. Although the pair had a heart-to-heart at Brochalla and even got to know each other on a deeper level, they did not seem like a perfect couple initially. Moreover, Tamaris was doubtful about cozying up to one guy from the very beginning, as she had plenty of options in front of her.

Thus, when it was time for the ladies to choose a date on the second day, Tamaris chose Jabriane and spent the entire day with him. Surprisingly, they had a wonderful time, and other contestants like Jared and Mikey D. made it clear that they were also quite interested in the account executive. Albeit, from the looks of it, Tamaris only had eyes for Tom, as they shared a special bond rivaled by very few. Eventually, she did ask him out on a date, and the pair were spotted in a steamy make-out session which made others quite jealous.

Nevertheless, when explaining her actions, Tamaris mentioned that Tom made her feel extremely special, and while he did give a few FBoy vibes, she could not help but fall hard for him. However, things took a sudden turn when season 1 runner-up Casey Johnson was introduced on the show. Seeing Casey made Tamaris realize that she was missing out, and the New York-based account executive immediately tried to get to know him better. Unsurprisingly, Casey reciprocated, and the two even spent a day together, which led to a tender kiss.

Naturally, Tom was disappointed at how things turned out, though, from the looks of it, he was not ready to give up. In the days that followed, he tried his best to mend his relationship with Tamaris and get to know her on a deeper scale. Unfortunately for her, he was always a strong physical attraction, while she felt at peace when spending time with Casey. Nevertheless, when the contestants were asked to reveal their status, both Tom and Casey introduced themselves as nice guys, making Tamaris believe in her choices.

Despite that, it did not make things easy for the New York-based account executive, as she was in a dilemma until the very last minute. But when faced with the choice to give up one of her finalists in exchange for FBoy Niko Pilalis, Tamaris did what she felt was right and eliminated Tom, much to his disappointment.

Are Tamaris Sepulveda and Tom Carnifax Still Together?

Since Tamaris and Tom did not exit the show as a couple, their chances of getting back together were slim from the beginning. While on the show, the former called herself an “FGirl” and mentioned that she did not trust anyone, including nice guys. Moreover, even since she eliminated Tom right before the finale, the two maintained proper relationships with other ‘FBoy Island’ contestants, yet their interaction with each other over social media has been quite limited. On the other hand, Tamaris seemingly got over her feelings for him after realizing that her attraction was mainly physical.

Since filming ended, Tamaris and Tom returned to their daily lives and haven’t revealed much about their current status. As things currently stand, Tom alternates between Waren, Ohio, and Florida and has reprised his role as a fitness influencer and instructor. Meanwhile, Tamaris is busy with her account executive job, although she shuttles between New York and Miami to promote her modeling career. Additionally, both appear to be quite active on social media and love keeping their followers updated about their everyday lives. Thus, as things currently stand, Tamaris and Tom have gone their separate ways and are happy in their independent lives.

Read More: Are Louise and Mercedes From FBoy Island Still Together?