Is Feel the Beat Based on a True Story? 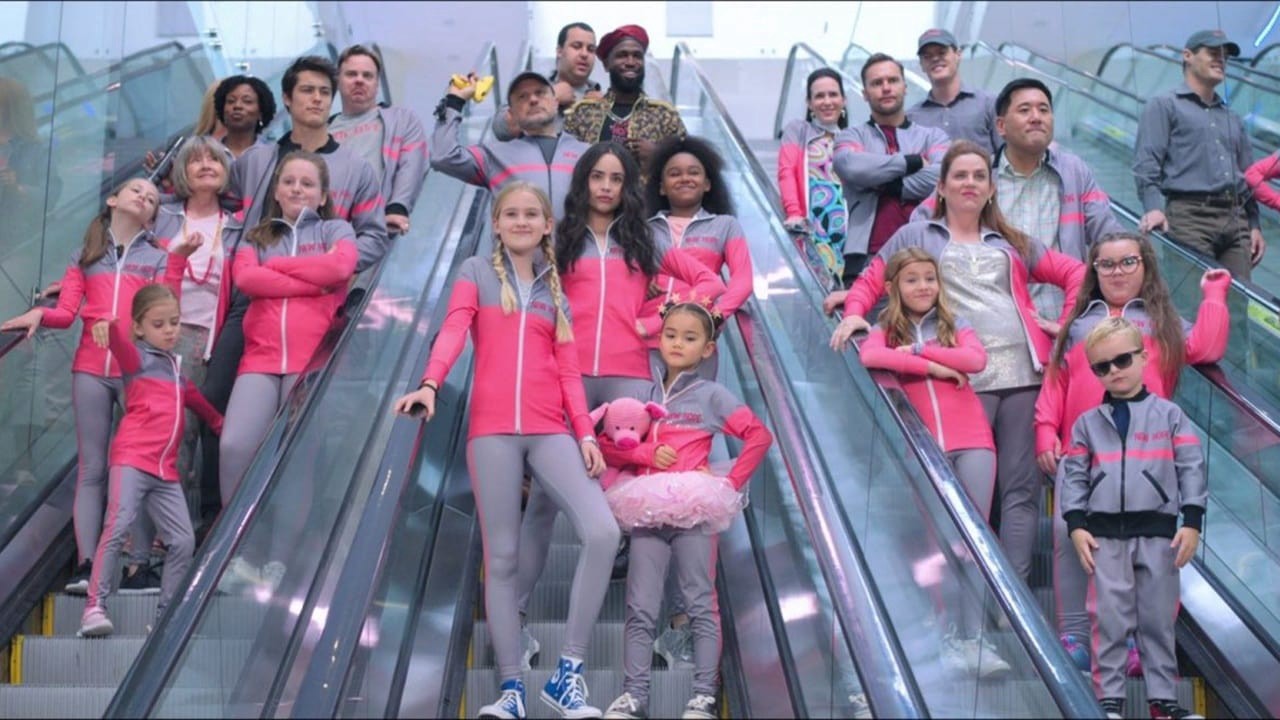 Netflix’s ‘Feel the Beat’ is a heart-warming story of a group of children who beat the odds stacked against them and take part in a dance competition that changes their lives. Their story intertwines with that of their teacher, April, who has met a colossal failure in her Broadway career and comes back home to recuperate. When she meets the children, she dismisses them as a bunch of nobodies who don’t have the skill or the talent to make it in the dance industry, let alone become the stars of Broadway, as many of them dream to be.

However, fate takes a backflip and gives an incentive to her which brings her back to the children and she grills them to become the best. The story teaches a lot of life lessons to the audience and has a charming way about it, which makes us wonder if it can happen to someone in real life. Is ‘Feel the Beat’ a true story? Here’s the answer.

Is Feel the Beat based on a true story?

No, ‘Feel the Beat’ is not based on a true story. It is a family drama that is based on an original script by Michael Armbruster and Shawn Ku. Though the film is not based on any real incident or event, the writers drew on their real-life experiences to carve out this story. They gave their personal touch to some factors, which can be seen in the character arcs of the protagonist as well as the children who go a long way by the end of it.

In writing this script, Ku particularly was very invested in the dance and musical section of it. He has also directed some movies that deal with some serious issues, for example, his 2010 film, ‘Beautiful Boy’, starring Michael Sheen, is set in the aftermath of a school shooting. But before he found a liking to such stories, Ku was captivated by the musical comedies that he had watched a lot growing up. His mother loved movie musicals and whenever one would be on TV, Ku would watch it with her. It is these movies that eventually led him to become a filmmaker, and it is the influence of these that he reflected in the writing of ‘Feel the Beat’.

Despite it being a story that they really wanted to bring on the screen, Armbruster and Ku had to wait a while before the script actually found its footing. It was when Susan Cartsonis came across it that ‘Feel the Beat’ got some life flowing in it. The producer had wanted to do a family movie for some time and found this film to be a perfect opportunity to do that. As the project moved forward, the filmmakers settled on Sofia Carson as their leading lady and after that, Down joined the project and brought her own vision to it. She found the script very interesting and drew from several unique movies that came before it to add her own touch to it. You can find imprints of movies like ‘Billy Elliot’, ‘Footloose’, ‘Little Miss Sunshine’, ‘Fame’, and maybe even a little bit of ‘Dance Moms’, in ‘Feel the Beat’.

Apart from the directors and producers, another element that gave a much-needed authenticity to the story was its young cast. The kids who were brought on board were carefully selected based on their acting talents, and by some stroke of fate, it turned out that all of them were not very well-versed in dancing. So, when you see the kids struggling with the professional dance moves that April wants to teach them, it is not really acting. Fortunately, the cast was dedicated enough to learn along the way, and the progression of their skills also becomes visible as the movie progresses.