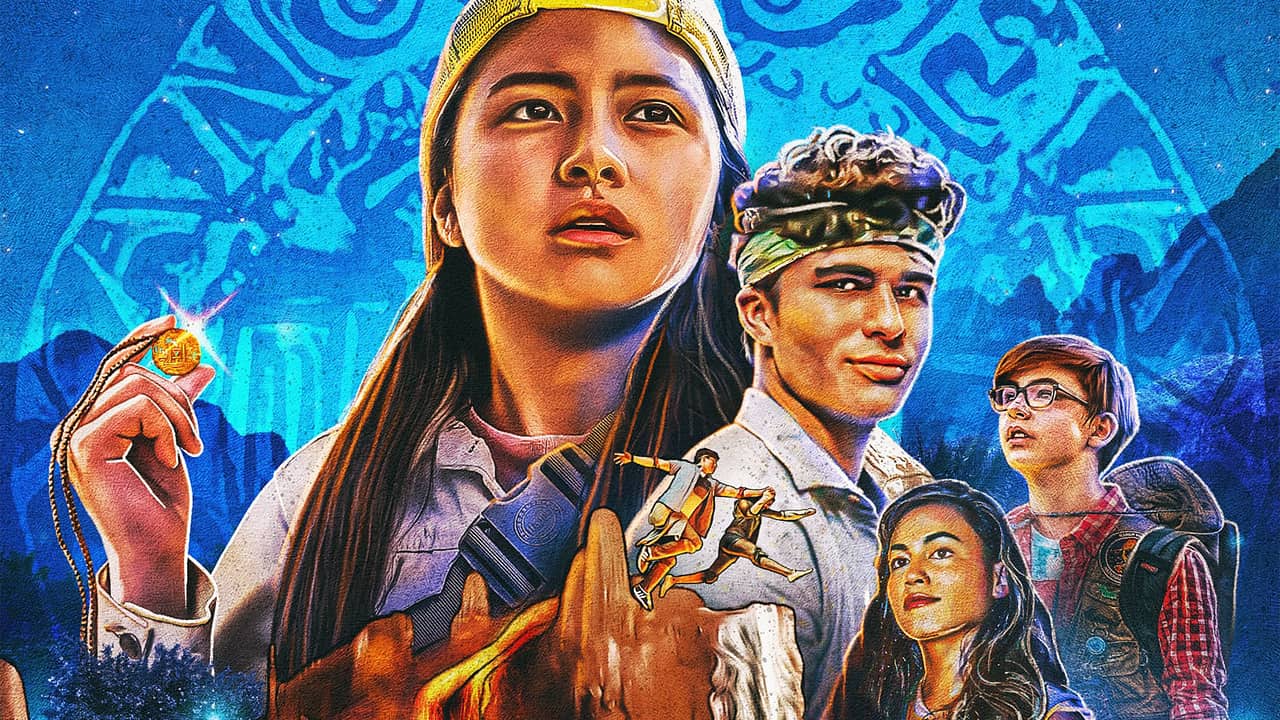 Very few other genres of films can ignite our imagination as expeditiously as treasure hunting. Movies like ‘The Treasure of Sierra Madre,’ ‘Romancing the Stone,’ and any entry in the ‘Indiana Jones‘ series impart this sense of wonder that is not only undeniable but also timeless. But as with any other content coming out of Hollywood, a lack of representation has been a major problem with it over the years. However, following the advent of streaming services, these issues have begun to be actively addressed.

‘Finding ‘Ohana,’ the feature debut of director Jude Weng, is a glowing example of changing times. Made in collaboration with Netflix, the movie follows two native Hawaiian siblings, who are forced to return to Oahu from New York after their grandfather’s sudden heart attack. Riddled with financial woes, the family discovers a potential solution when they learn about a large trove of conquistador treasure. SPOILERS AHEAD.

Pili (Kea Peahu) and her older brother Ioane (Alex Aiono) have lived in Brooklyn all their lives with their mother, Leilani (Kelly Hu). After Kimo (Branscombe Richmond), their grandfather and Leilani’s father, suffers a heart attack, the family moves to Oahu to care for him. We learn that Leilani left the island after her husband Kua, a military officer, was killed in combat 11 years ago. There is a lot of anger and resentment festering in Leilani’s and her father’s relationship, stemming from a mutual feeling of alienation. 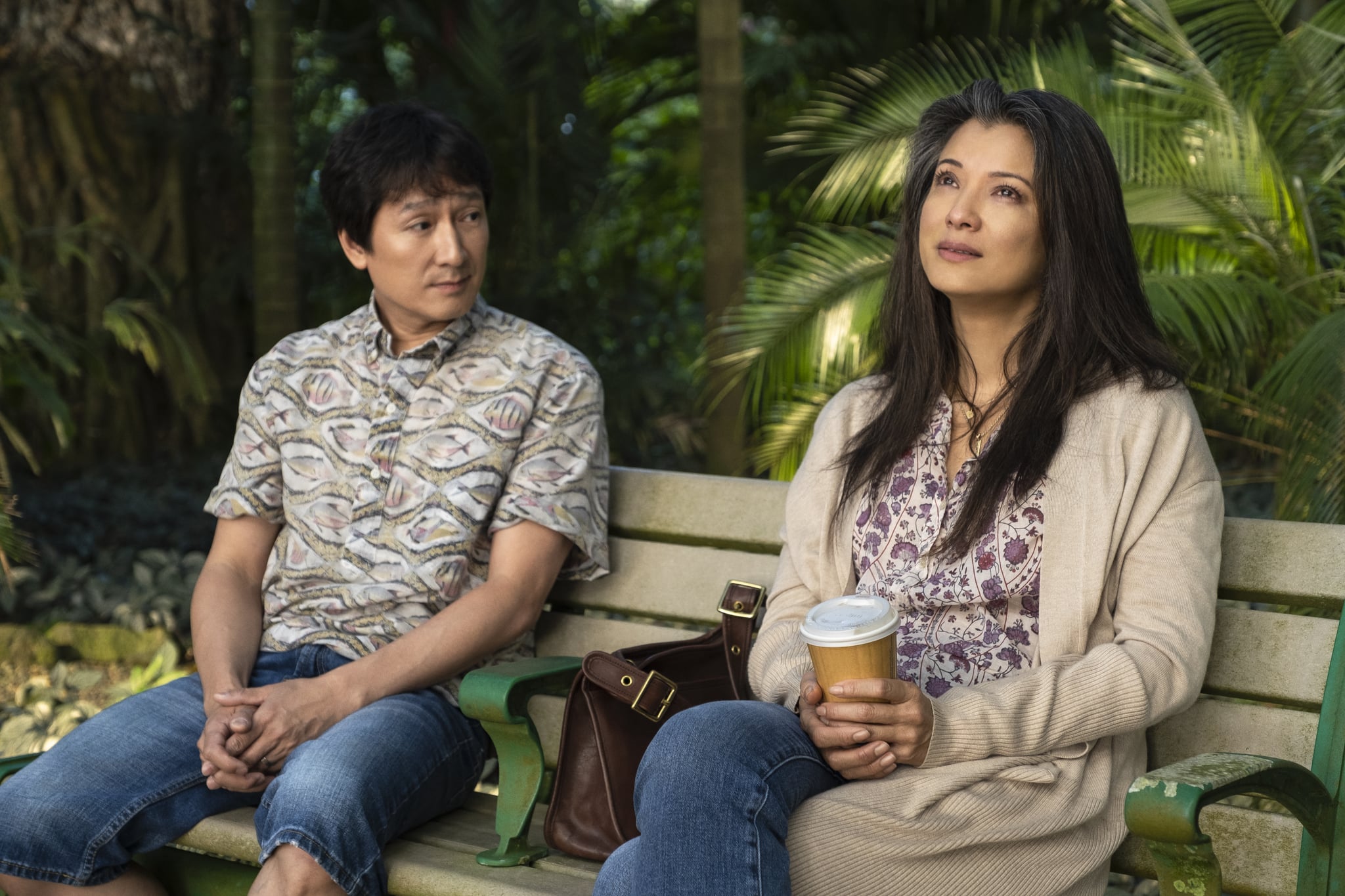 Pili is an avid geocacher and wants to explore the island immediately after getting there, but poor internet connection and otherwise occupied family members compel her to seek entertainment elsewhere. She finds a battered and old journal with leather covers in a hidden compartment of a desk. She learns that it originally belonged to Monks (Ricky Garcia), a sailor in a ship called the Peruvian, which was transporting gold from South American colonies to Spain. However, the privateers that the colonizers hired mutinied against their captain. Robinson (Marc Evan Jackson), Brown (Chris Parnell), and Monks, the leaders of these privateers, hid the treasure inside a mountain.

Monks gave his journal to a Hawaiian couple, who are revealed to be Pili’s and Ioane’s ancestors. Ecstatic by the prospect of finding real treasure, Pili goes to look for it with a local boy named Casper (Owen Vaccaro). After discovering that his sister is missing, Ioane follows her into the mountain with Hana (Lindsay Watson), a girl he recently met on the island. When they realize that the treasure can potentially be real, the four teenagers decide to hunt for the treasure together, believing it will solve their respective problems.

Finding ‘Ohana Ending: Why Do Pili, Casper, and Hana Leave the Treasure Behind?

Ioane agrees to help his sister find the treasure because he knows that it will help them eradicate the financial issues that the family has been having recently and will get him back to Brooklyn. Of the two siblings, he feels the most out of place since arriving in Oahu. He learns that his mother plans to sell their Brooklyn apartment to pay the debts that Kimo has incurred so that he wouldn’t lose their ancestral property. For Ioane and Pili, to a degree, the treasure offers a way out of their situation. As for the other two, Hana, an aspiring singer, wants to attend Juilliard and desperately needs financial aid, whereas Casper wants to hire a trainer for his obese cat. 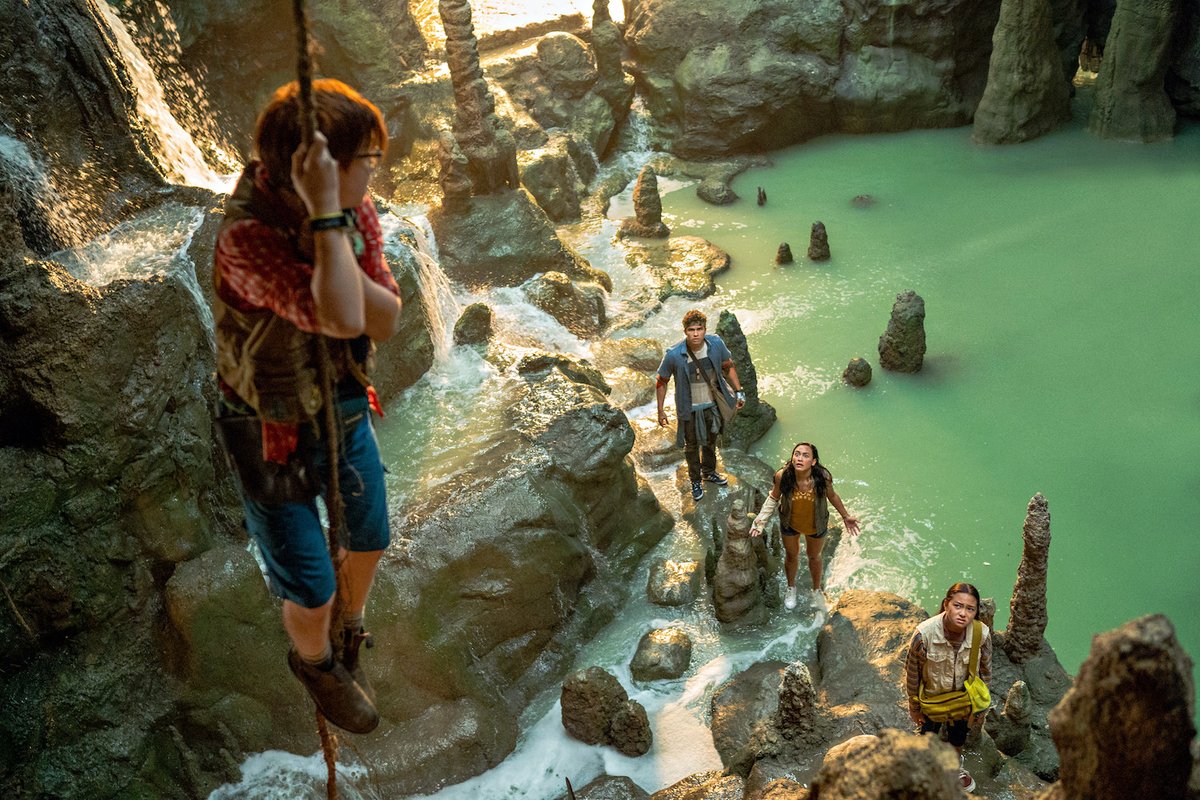 Despite all this, three out of four decide to leave the treasure behind when they discover that the cave, where it has been stored all these years, is a tomb. As Hana tells Ioane earlier, tombs are “kapu” or “sacred.” Their desecration brings spiritual and supernatural penalties. It doesn’t matter that the treasure didn’t originally belong in the cave. When Monks and the others brought it there, it became an offering. Pili realizes that Kimo already found the cave but left it undisturbed because of his ardent belief in Hawaiian traditions.

But none of this initially gets through to Ioane. His Brooklyn-upbringing has completely disconnected him from his Hawaiian roots. He looks at his people’s age-old beliefs and customs through typical New York pragmaticism and discards them as superstitions. He knows curses and mythical spirits don’t exist in the world, but debt and mortgages do. It is only when he and the others begin to hear the drums of the Nightmarchers that he comes to know how wrong he has been.

Who Are the Nightmarchers? Is Kua Alive?

According to Hawaiian mythology, the Nightmarchers are the spirits of dead warriors who come out of burial grounds or ocean to march as a group to the rhythm of drums and conch shells from sunset to sunrise. Mortals must stay clear of their path if they want to avoid instant death. One way to come out alive from an encounter with the Nightmarchers is to show them absolute reverence by putting one’s face on the ground. Another way to negate a dastardly fate is if one of the marchers recognizes the mortal as his progeny and claims the person as theirs by uttering the word “Na’u!” (which means “mine”). 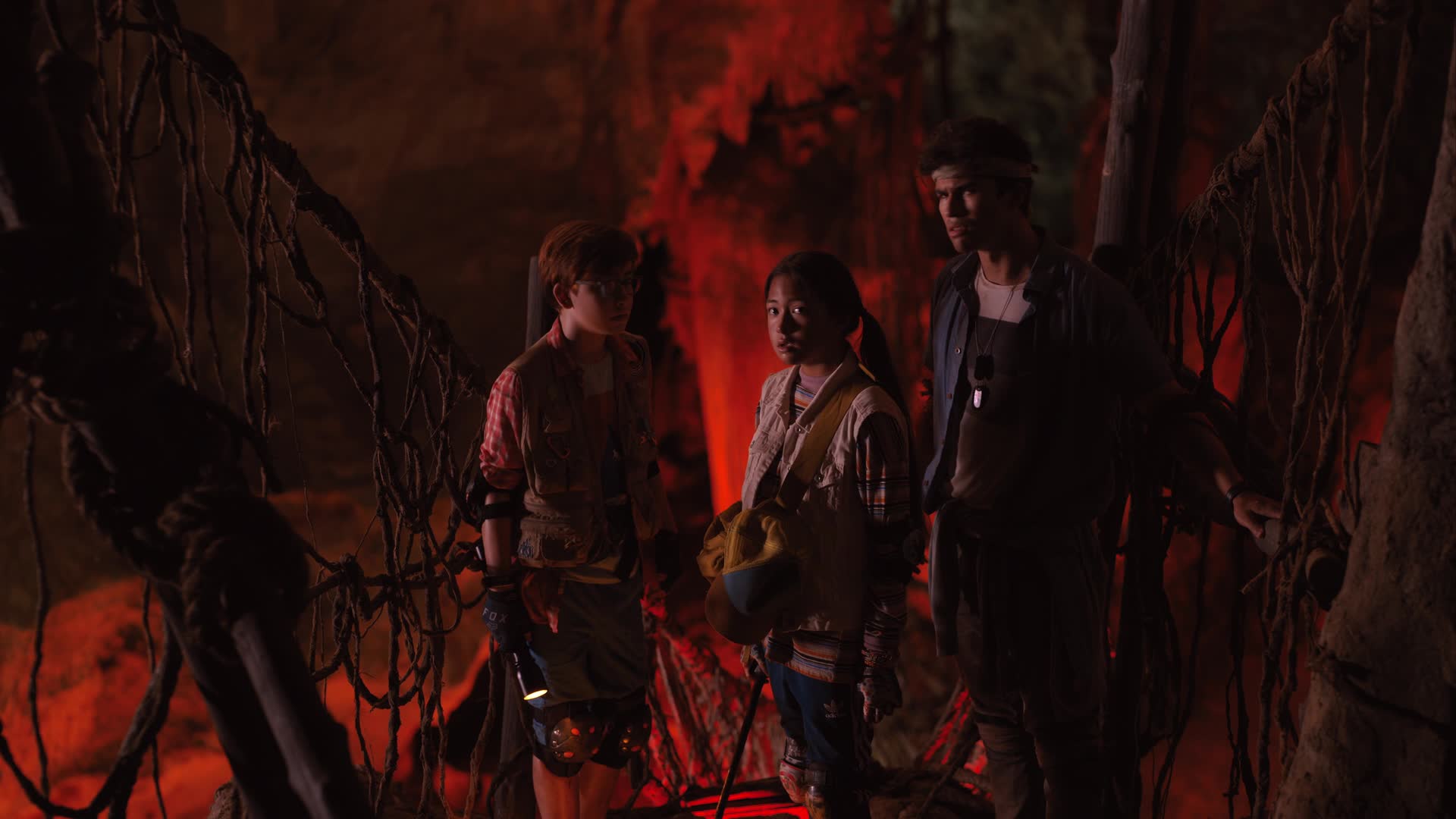 ‘Finding ‘Ohana’ faithfully recreates the mythology in its climactic sequence. After an emotional reconciliation with her father, Leilani learns that her children are likely looking for a genuine trove of treasure and goes to look for them. She finds them as they frantically try to escape the Nightmarchers and leads them to a dilapidated shack. As Leilani and the four children fearfully wait for the Nightmarchers’ judgment, the leader of the march calls out, “Na’u!” Seeing that the spirit is wearing jeans and army boots, Leilani looks up to find that it’s Kua.

Although Kua appears before his family, and they can physically touch him, he is not alive. His death happened in a battle, which has made him a part of the Nightmarchers, a quintessential component of Hawaiian tradition. He returns to protect his family one last time. Before he and the other Nightmarchers immerse back into the ocean, they reclaim the treasure that Ioane took from the cave, only leaving Kimo’s coin behind.

What Does the Future Hold for Pili and Her Ohana?

The Hawaiian word “Ohana” roughly translates to “family” in English, although it has a much bigger connotation than its English variant. After their experience, the family decides to continue maintaining secrecy about the Nightmarchers and the treasure. For the first time, Leilani admits to her children that she has been wrong to make decisions for the entire family by herself. She then asks her children whether they should let their Hawaiian property go and take Kimo back to Brooklyn or sell the Brooklyn apartment and permanently move to Hawaii. 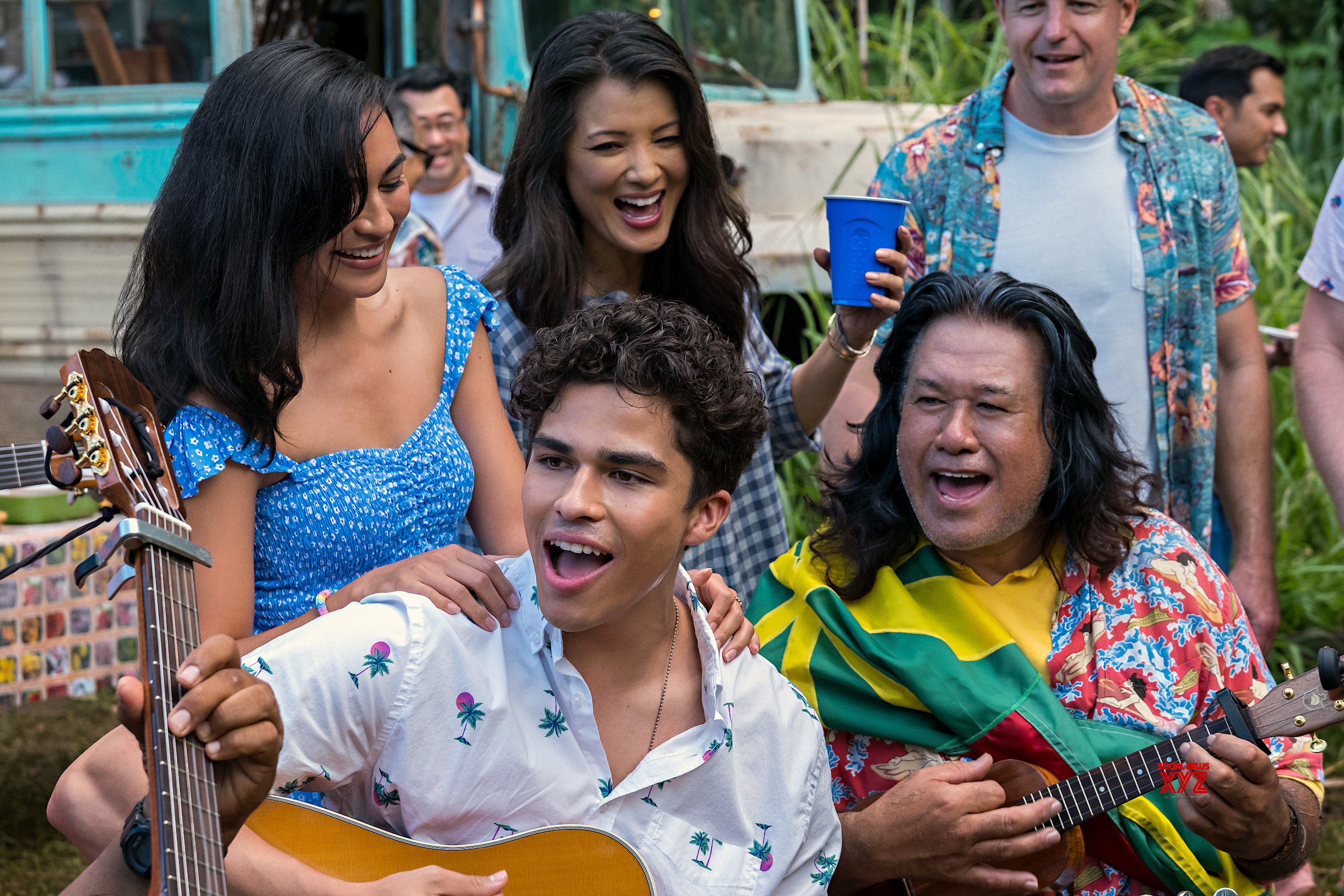 In the film’s closing moments, Pili changes her Instagram location from Brooklyn to Oahu, indicating the family has chosen the latter option. The biggest detractor to this plan had been Ioane, but even he wants to stay in Hawaii after what he saw in that shack. He and Hana begin dating. She has also evolved beyond her Juilliard aspirations and is at peace with her decision to remain on the island.