Fire Force Season 3: Everything We Know 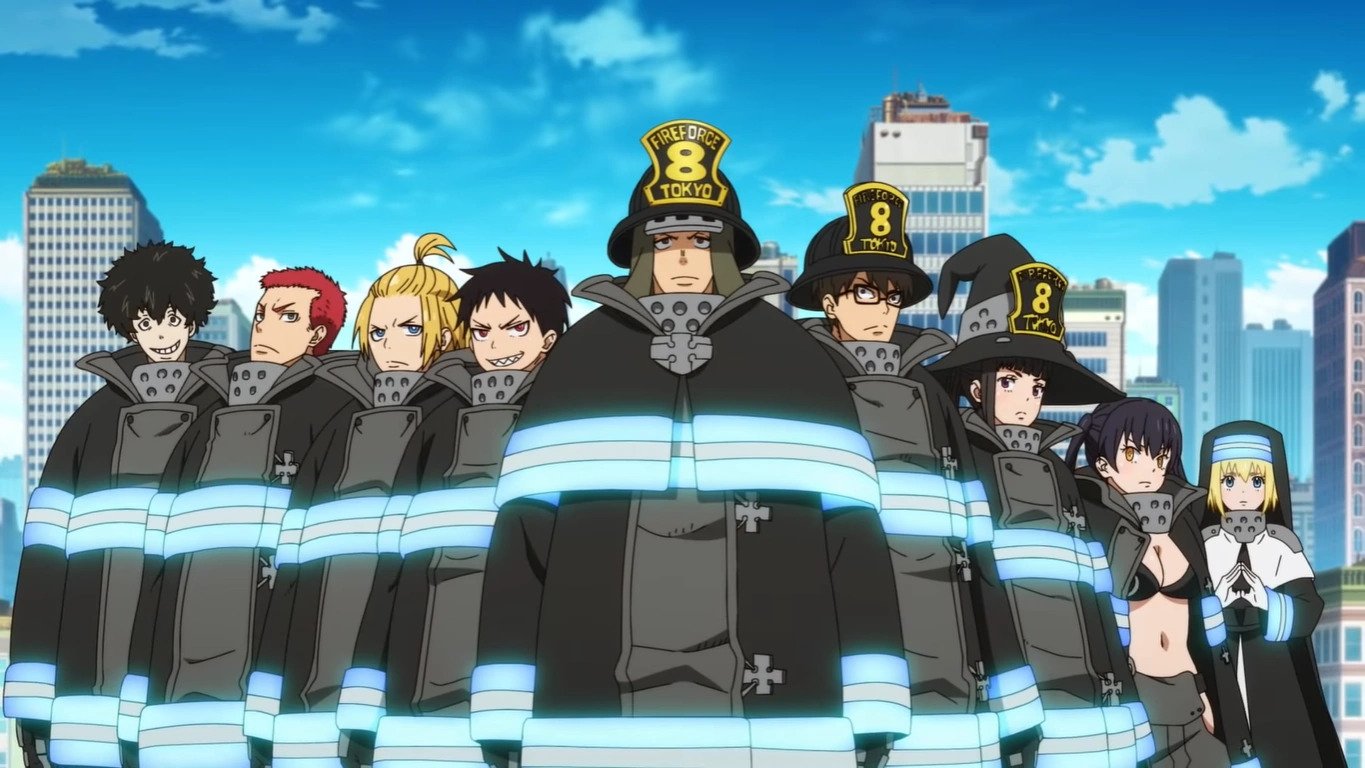 ‘Fire Force’ is a brilliant adaptation of the manga by creator Atsushi Ōkubo, who is also known for creating ‘Soul Eater.’ It is set in a parallel timeline where the Earth is covered in flames due to “the Great Disaster.” Tokyo remains the only city with human survivors. ‘Fire Force’ chronicles the story of Shinra Kusakabe, who joins the Special Fire Force Company 8 to fight against humans who have become the evil Infernals through spontaneous combustion. Shinra possesses the unique ability to set fire to his feet at whim, thus earning him the nickname “Devil’s Footprints.”

Though Shinra’s past is covered in mystery, through his fight against the Infernals, the protagonist encounters the faction responsible for creating the Infernals. As the series progresses, the underlying plot of the mysterious fate that befell Shinra’s family is slowly revealed. Produced by David Productions, ‘Fire Force’ aired between July 6, 2019, and December 28, 2019. With the conclusion of season 2, fans are clamoring to know if and when ‘Fire Force’ season 3 will release. Let’s find out, shall we?

‘Fire Force’ season 2 originally premiered on July 4, 2020, and went on till December 12, 2020. Season 2 consists of 24 episodes, each with a runtime of 24 minutes. As far as renewal for season 3 is concerned, there is no official confirmation from David Productions so far. However, there is a high chance for the announcement of season 3 as the series has done exceptionally well over its two seasons, garnering glowing reviews and high ratings. Additionally, season 2 has adapted up to some chapters of volume 20 of the manga. With a significant amount of the manga left to adapt and the cliffhanger ending of season 2, it seems as if the producers want to make season 3 a reality.

One more incentive for the announcement of season 3 would be the increase in manga sales ever since the anime first aired. The official ‘Fire Force’ Twitter account revealed that the sale of ‘Fire Force’ mangas has exponentially increased with the growing popularity of the series. Hence, it would be profitable for both the producers and the creator to make another season. ‘Fire Force’ seasons are spaced out by approximately a year in between. Thus, if David Productions do end up confirming season 3, we can expect it to premiere sometime in late 2021 – early 2022.

Fire Force Season 3 Plot: What could it be About?

Season 2 ends on a grim note as we see the Evangelists readying themselves to invade Tokyo. Meanwhile, the city’s defenders and Tokyo’s special fire force suffer a severe setback as the brave captain of special Fire Force Company 4, Sōichirō Hague, is assassinated. Following the assassination, the Evangelist’s job is made easy as the emperor orders Company 1 to join forces with them. On the other hand, Shinra and Arthur Boyle are invited to Fire Force Company 7’s base, where their captain, Benimaru Shinmon, trains them to their limits. The rigorous training helps Shinra reach “The Press of Death,” and he is able to create an Adolla Link, which lets him connect with the past.

With season 2’s last scene showing the Evangelists all prepared for war on Tokyo, it looks like season 3 will pick up from that very point in the story. The stage is set for a grand battle between the Evangelists and the Special Fire Force Company 8 in the background of Tokyo. Furthermore, it also seems that Shinra will play a significant role in the upcoming battle. Moreover, with Company 8 now branded as traitors, it will be interesting to see how they will restore people’s faith and save the city at the same time.

Additionally, some theories claim that season 3 might be the last season of the anime if the producers decide not to put in filler episodes. Thus we can expect to see the conclusion of the epic drama in season 3, answering most of our questions. It seems that season 3 will bring with it the wonderful mixture of action sequences and heart-touching scenes, keeping us hooked to our TV sets.